For instance, see below for polling around this time in the race for the 2004 Democratic presidential nomination. Note that the eventual Democratic nominee for president in 2004, John Kerry, was at just 7%-8% in the polling around this time in 2003, actually down from 14% in late September 2003. As for Kerry’s running mate, John Edwards, he was in the low-to-mid single digits. And the odds-on favorite to be the 2004 Democratic presidential nominee at this point in 2003? That would have been Howard Dean, with folks like Dick Gephardt, Joe Lieberman and Wesley Clark jockeying for runner-up status to Dean. And…no, obviously that’s not how things ended up working out. 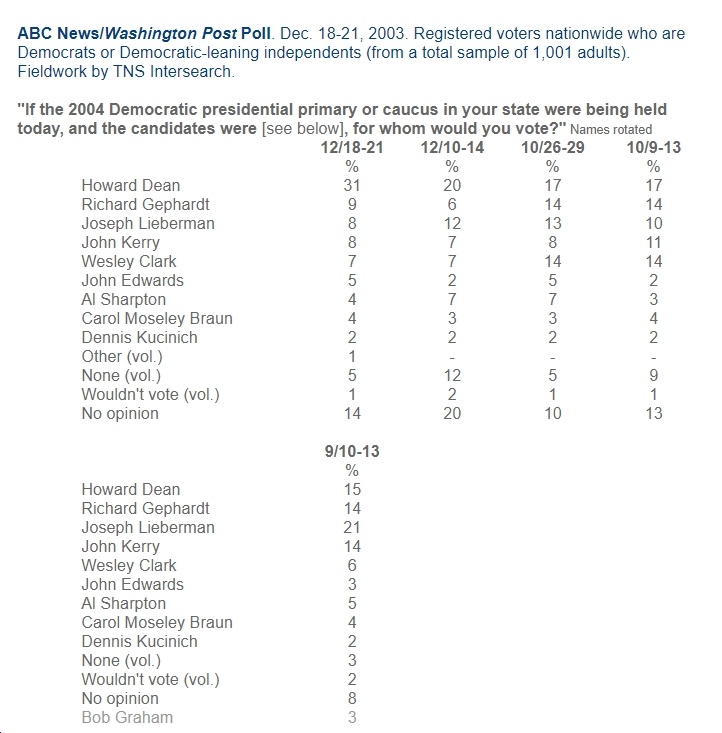 Oh, and remember back at this point in 2007, when Hillary Clinton had a huge lead over Barack Obama?  Nope, didn’t work out that way yet again. 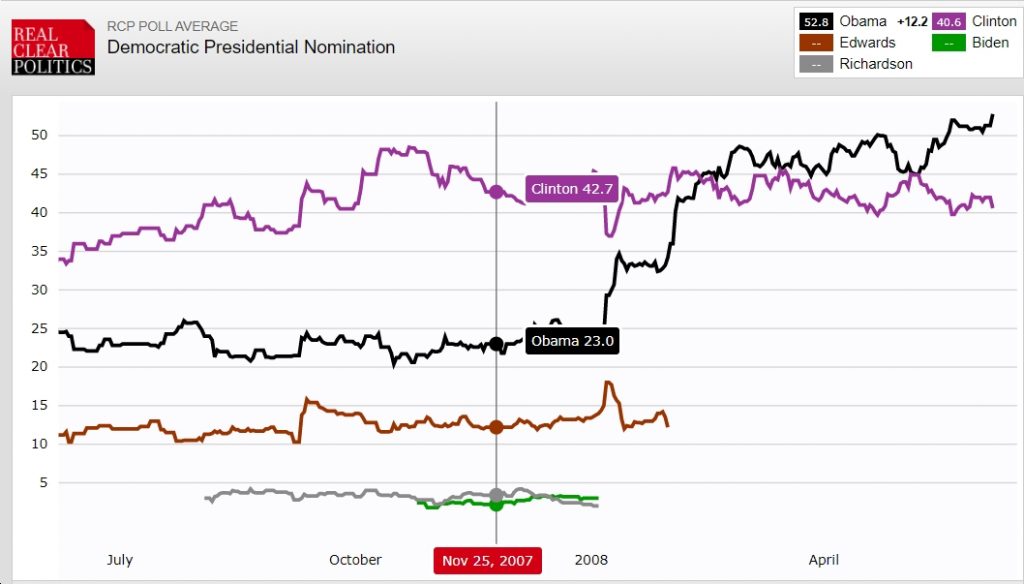 How about the 1988 Democratic presidential primaries? Check this out from FiveThirtyEight.com – during the second half of 1987, the leader was Jesse Jackson, followed by Gary Hart and *then* Michael Dukakis, who ended up winning the nomination – and losing the general election, unfortunately, to George HW Bush. 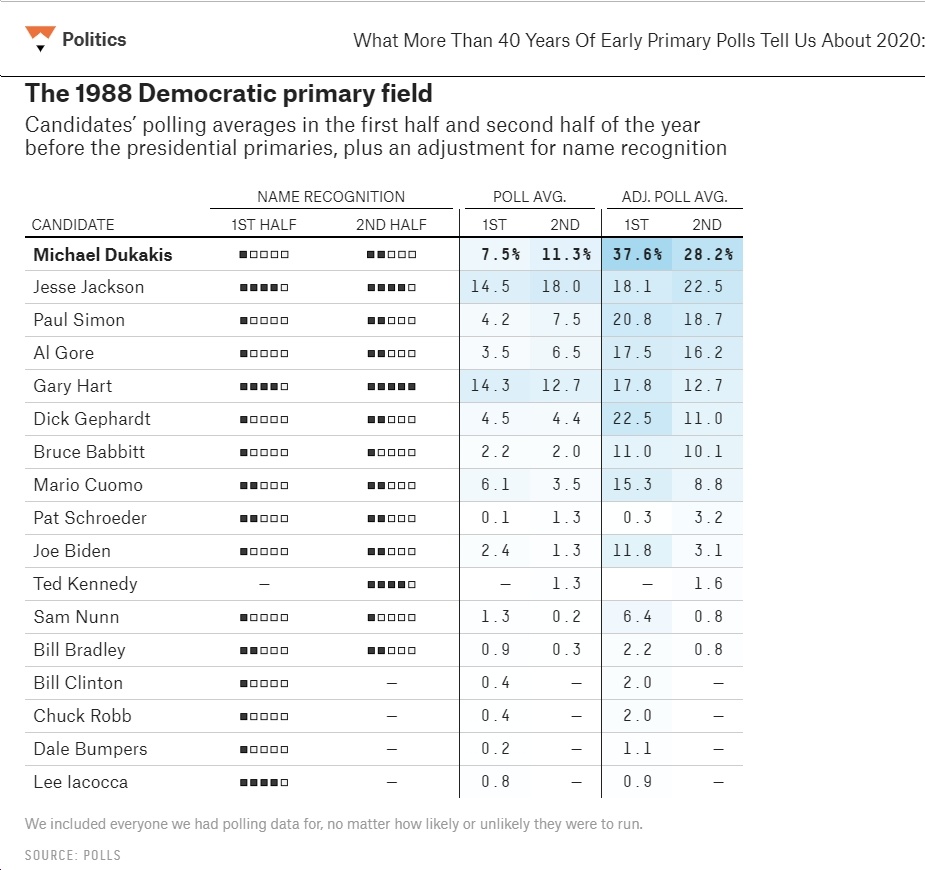 Also from FiveThirtyEight.com, check out 1992, with Mario Cuomo holding a strong lead in the second half of 1991, followed by Jerry Brown and Doug Wilder and…then, finally, Bill Clinton, who went on to win the Democratic nomination and the presidency. So yet again, the polls at this time in 1991 didn’t predict who would eventually win the nomination. 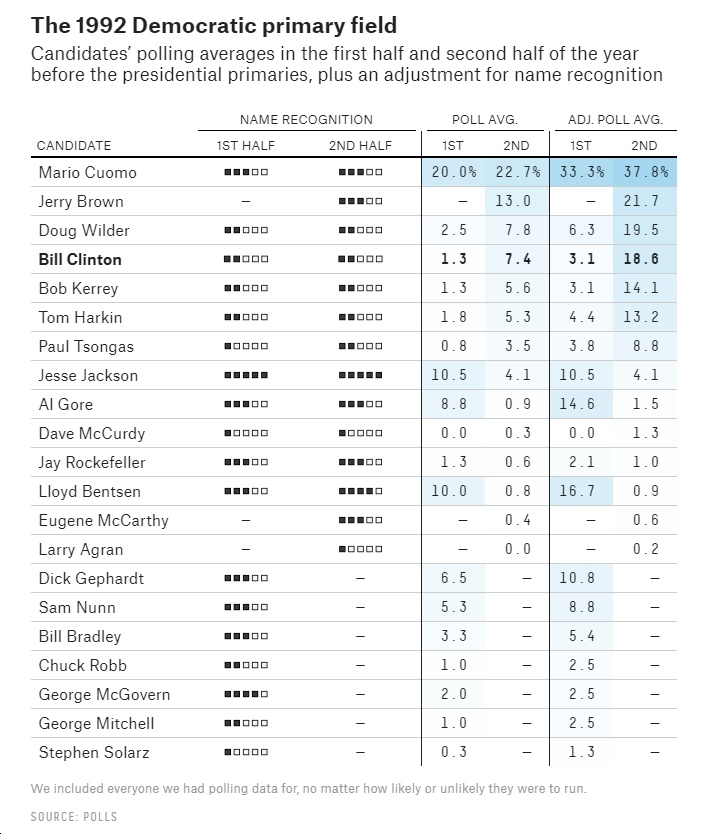 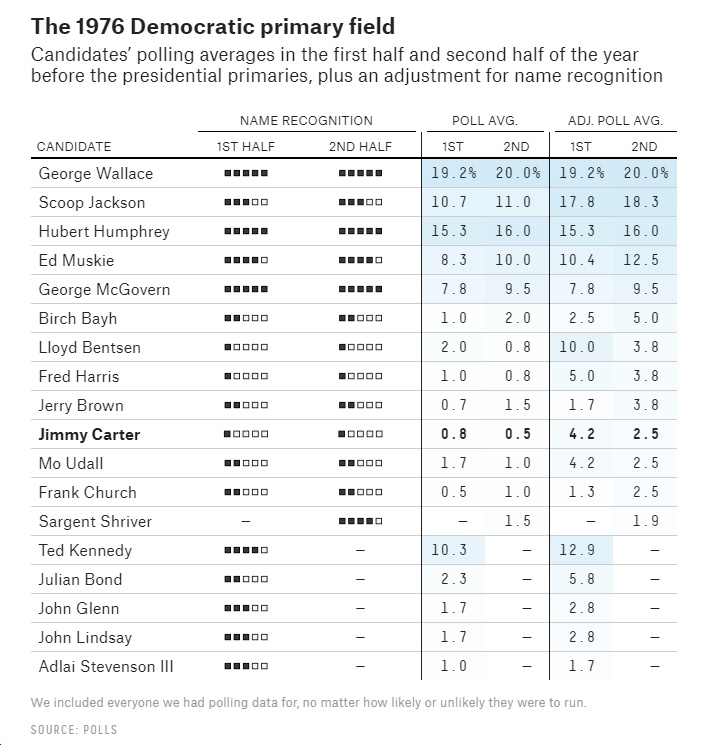