The following tweets – by reporter Robert Zullo, former Del. Albert Pollard, David Jonas of Clean Virginia and Ben Serrurier of LevelTen Energy – all nail it on Dominion Energy: 1) critics HAVE been saying this for years, and they’re right, that Dominion “has consistently over-forecast electricity demand to justify building new capacity, primarily natural gas plants with dubious economics that will ultimately be paid for by ratepayers”; 2) every Virginia policymaker SHOULD read this article by S&P Global Market Intelligence (“Overpowered: In Virginia, Dominion faces challenges to its reign“); 3) Dominion finally seems to be dropping *some* of its unnecessary new natural gas-fired power capacity (see today’s Utility Dive article, “Dominion suspends plan to add 1.5 GW of peaking capacity as Virginia faces gas glut” but they need to ditch all of it; 4) and yeah…Dominion is full of crap when it claims we need “1.5 GW of new gas.”

A few other points from the S&P Global Market Intelligence piece include: 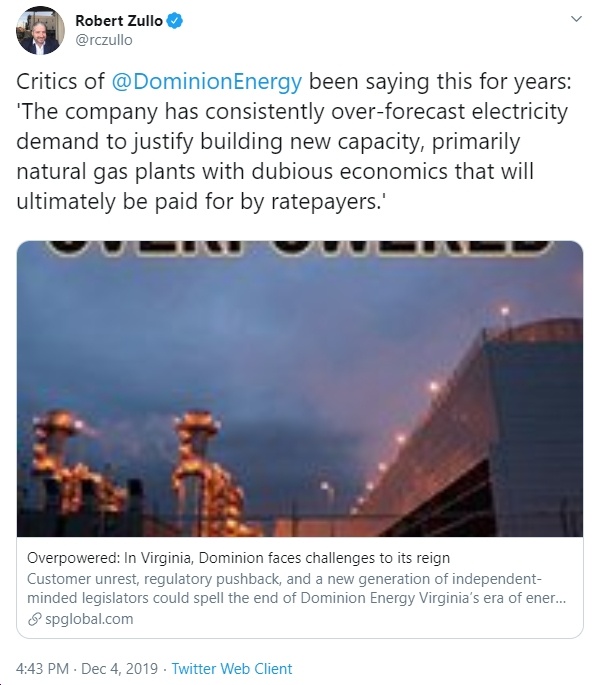 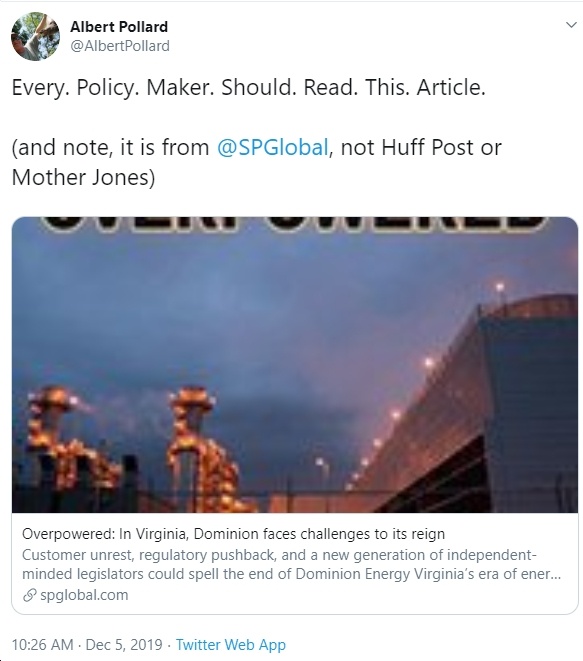 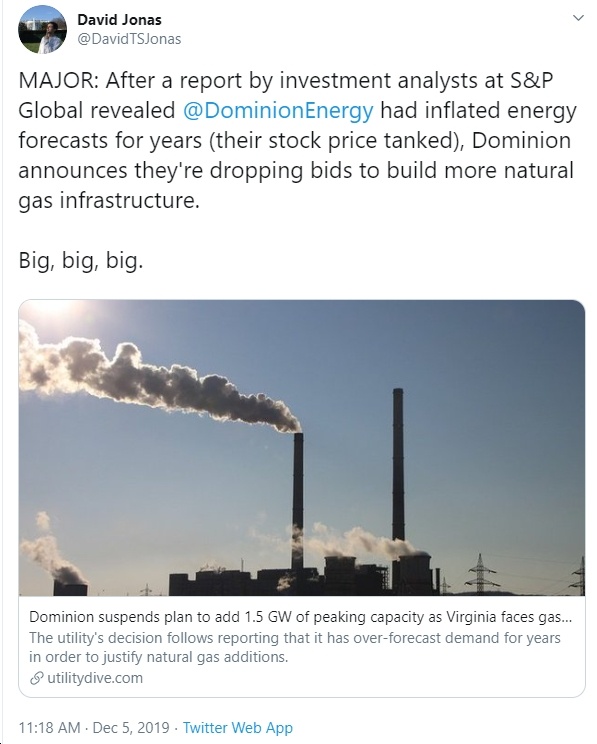 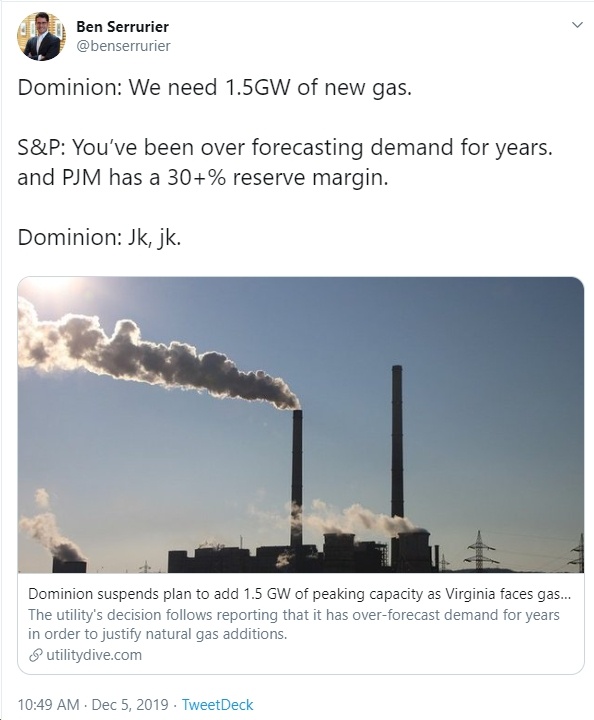