See below for video of AG Mark Herring’s Virginia cannabis summit today, as well as a press release from his office. It should go without saying that we are LONG overdue for reform in this area. As AG Herring explains, “Virginia’s current approach of criminalizing cannabis” is not working, but instead is “needlessly creating criminals and burdening Virginians with convictions,” with “the negative consequences of the current approach fall[ing] disproportionately on African Americans and people of color.” Totally unacceptable. Let’s change this, ASAP…starting with the 2020 Virginia General Assembly session! 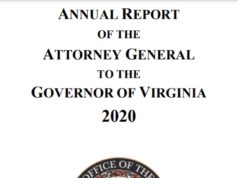 “Do You Live in a Political Bubble?” Here Are Some Maps of Virginia…