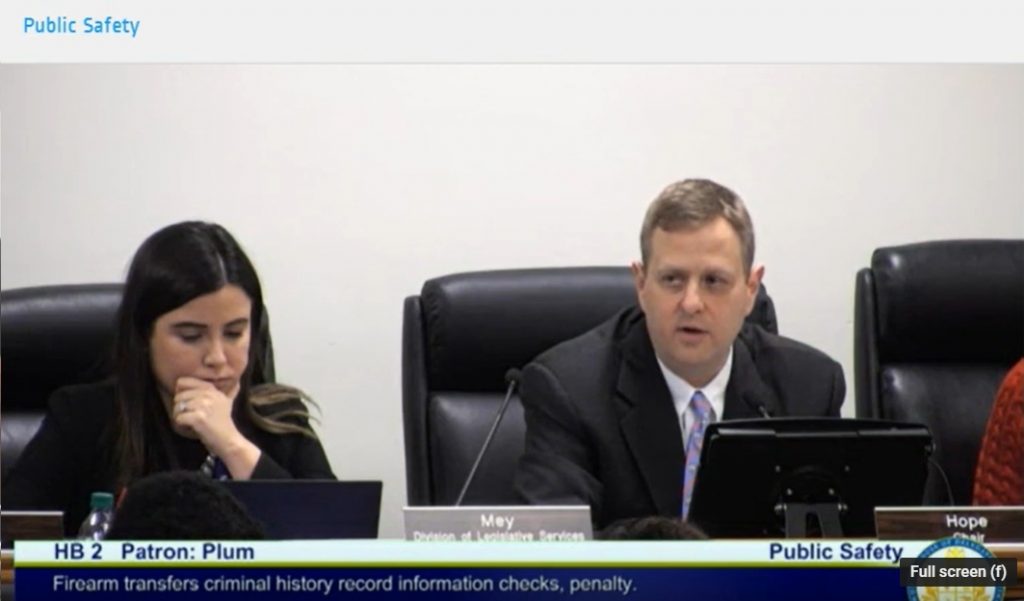 Excellent job by Del. Patrick Hope this morning, chairing the Public Safety Committee, and facilitating the passage of seven gun violence prevention bills. As Del. Alfonso Lopez writes, these bills are: universal background checks, “red flag” protective orders, “one handgun a month,” reporting lost/stolen guns, local authority/ban guns in government buildings, children’s access protections, protective orders and firearms. Also, see below for video and for statements by Speaker Eileen Filler-Corn, Moms Demand Action, Everytown for Gun Safety and the Coalition to Stop Gun Violence, on the passage of these bills from committee. Now, on to the floor of the House of Delegates, where all of these bills should pass easily, and then hopefully through the State Senate as well and to Gov. Northam’s desk for his signature.

Washington, DC (January 24, 2020) — This morning, the Virginia House Public Safety Committee passed all seven gun violence prevention bills on the docket. These bills include establishing universal background checks, establishing an Extreme Risk Protection Order, establishing child access prevention laws, requiring lost and stolen firearms to be reported within 24 hours, limiting handgun purchases to one per month, prohibiting domestic abusers from knowingly possessing a firearm while a permanent protective order is in effect, and granting localities authority to regulate firearms. These bills will be brought to the floor next week for a full vote.

“We are pleased to see these seven bills pass the Virginia House Public Safety Committee. The committee has clearly heard the wishes of Virginians loud and clear. Today, we are one step closer to making the Commonwealth of Virginia a safer place for everyone and stopping gun violence in all its forms.

“We look forward to seeing these bills come up for a full vote in the House of Delegates next week; we are hopeful that Virginia delegates will do what they were elected to do and pass these bills without delay.” 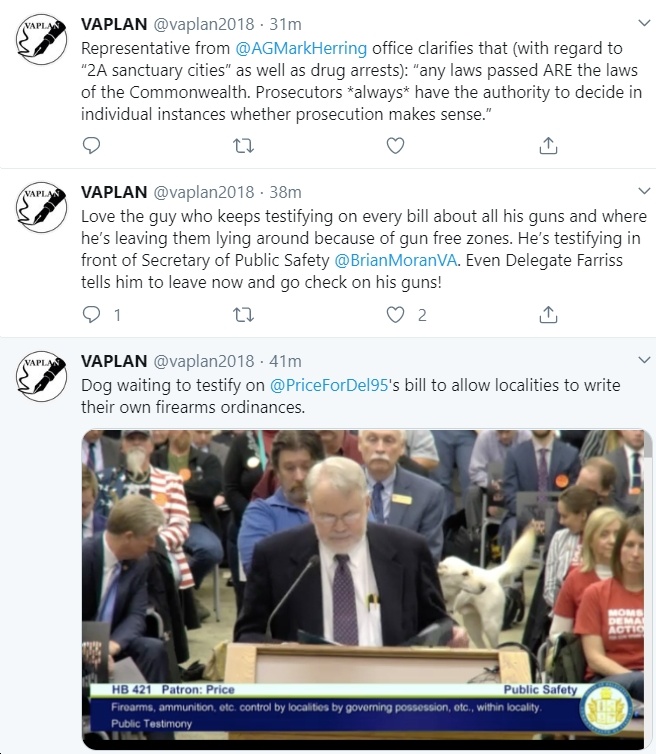 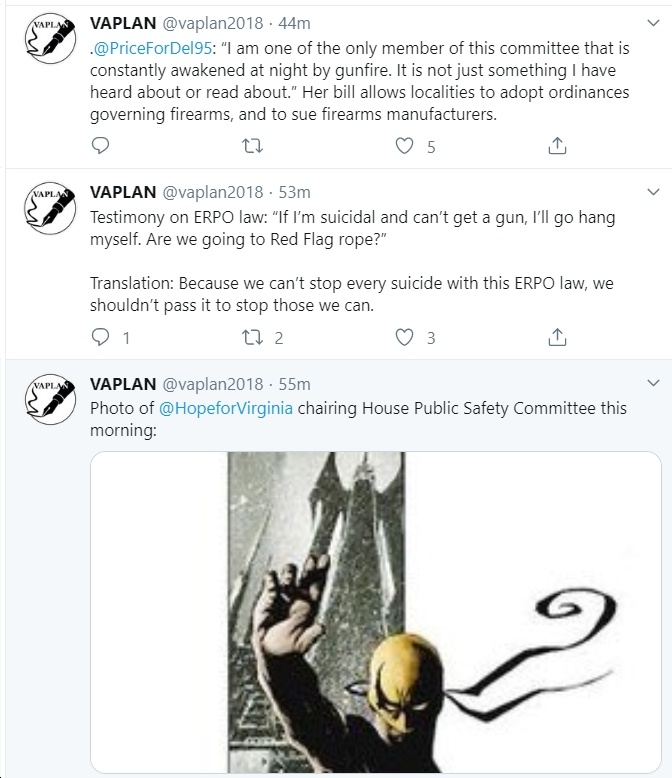 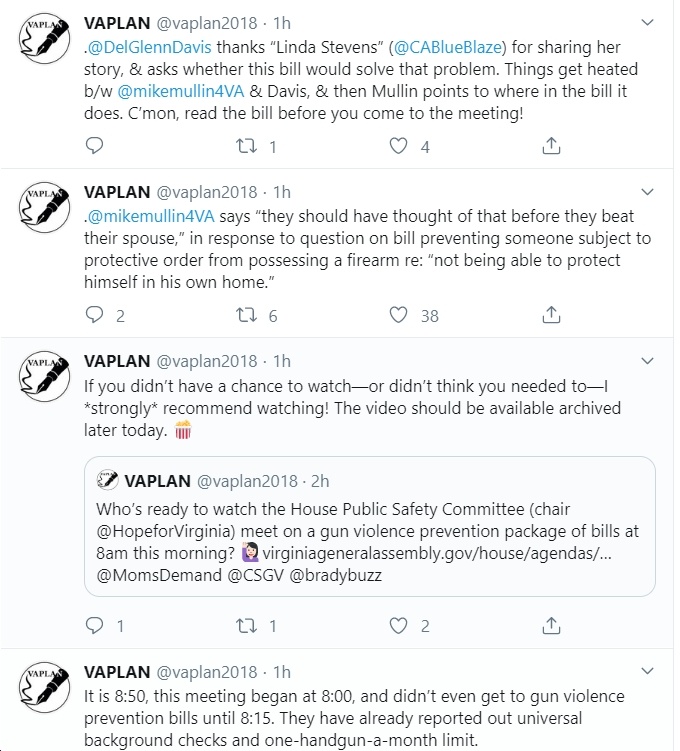 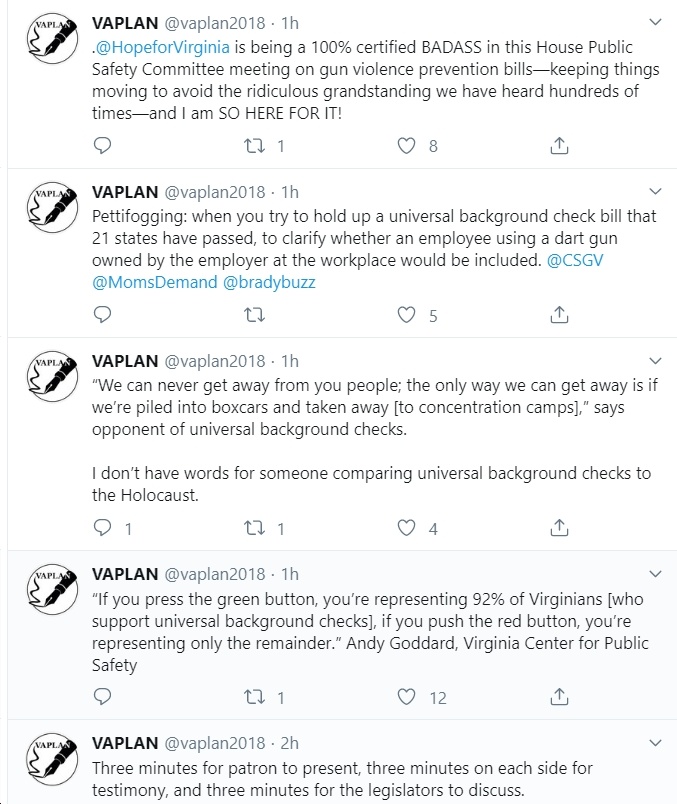 “We’ve seen a sea change on gun safety in Virginia, and today’s vote is further proof of that,” said Nancy Spooner, a volunteer with the Virginia chapter of Moms Demand Action for Gun Sense in America. “Last session, common-sense gun legislation wasn’t even given serious consideration, but thanks to the new gun sense majority, we’re one step closer to a safer Virginia. We’re grateful to our elected officials for taking a stand on gun safety.”

In November, gun safety was the number one issue for voters in Virginia and both chambers flipped to gun sense majorities — even in the NRA’s own backyard. Recent polling has continued to show that a bipartisan majority of Virginians favor gun safety laws, with large majorities supporting background checks and red flag laws. 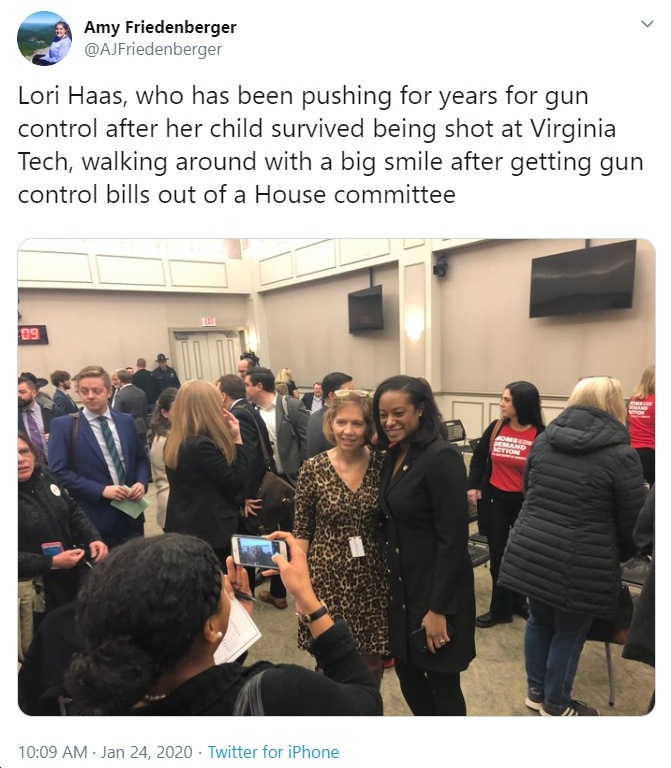