See below for the latest from Del. David Toscano (D), who has served Charlottesville, the 57th House of Delegates district, and the Commonwealth for many years, including as Virginia House Democratic Leader, and is now passing the baton to Delegate-elect Sally Hudson (D). Thank you to Del. Toscano for his service, and good luck going forward!

Ushering in a New Decade

The sparkling lights of the season herald the beginning of a new year and decade full of promise and excitement. For the Virginia General Assembly, the prospect of passing legislation that has languished for years under Republican control—ERA, reasonable gun safety measures, equal protections for the LGBT community, increasing the minimum wage, action on climate change—seems real at last. There is so much positive movement that can be accomplished—including a change in Washington— if we all remain focused and work together.

This will be the first January since 2006 that I will not be heading to Richmond for the annual session of the Virginia General Assembly. Serving Charlottesville and Albemarle in the Virginia House of Delegates over these years has been the honor of my life, and there are so many people to thank for giving me the opportunity of a lifetime. I have had the support of my wonderful family—Nancy and Matthew—throughout, and have been blessed to have a series of terrific legislative aides—Connie, Carmen, Sarah, Jenny, Jane, and Erin—to keep me focused. Others like Jennifer Brown, Susan Payne, and David Brown have been there since the beginning; Erin Monaghan, Elizabeth McMartin, and Jon Rice have helped me communicate much better than I deserve. My law office colleagues have put up with my crazy schedule for years. The people in the House Clerk’s Office and the Division of Legislative Services have been tremendously helpful. There are so many Delegates and Senators with whom I worked, and from whom I have learned. My time with four Governors has been unforgettable. And there are so many of you over the years who have offered advice, given ideas, and provided so much support over these years. I am forever grateful.

In 2020, I will continue to write and comment upon state issues, both in Virginia and around the nation. As you might expect, in preparing for this new phase, I’ve been reflecting on my service as your state representative for the past 14 years, especially the most significant or memorable events. I list them below: 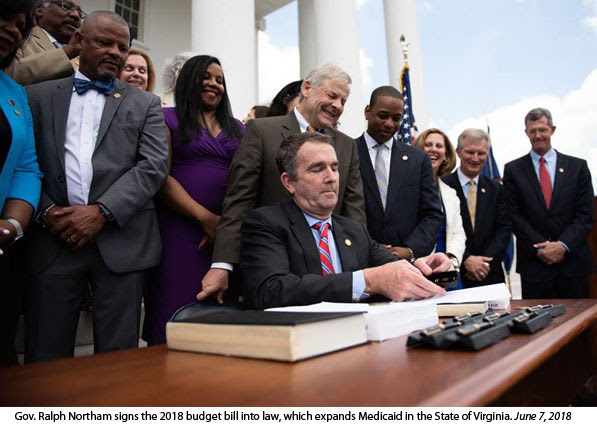 Reflecting Back: the 15 Most Significant Events

2. Blue Wave 2019 Brings Democrats Majority in House; Eileen Filler-Corn named Speaker-designee. On November 5, 2019, House Democrats’ long-term plan to retake the majority bore fruit, and they now hold a 55-45 majority. My friend Eileen Filler-Corn was elected by the Democratic caucus to become the first female Speaker in Virginia’s history when the General Assembly convenes on January 8, 2020. 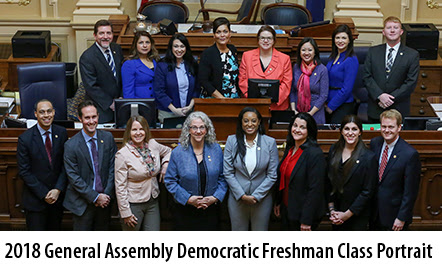 4. Communities Organize After Trump’s 2016 Election. Our community, like many, was reeling after the surprising election of Donald Trump as President. Rather than sitting idly and complaining, we began organizing, sharing ideas, and acting. My town hall meeting in Charlottesville in December 2016 was attended by over 300 persons. The energy from this meeting sustained me throughout the 2017 session, and helped inspire many people to get involved, both as candidates and volunteers. This energy was essential in the first Blue Wave in 2017, the election of three female Congresspersons in Virginia in 2018, and the Democrats taking the majority in 2019. [“Sticking Together—Next Steps Recap” — December 12, 2016, and “Survey Results and Next Steps” — January 9, 2017.]

5. House Republicans Pass Transvaginal Ultrasound Bill and Personhood Constitutional Amendment. Conservative House Republicans made restrictions on abortion a top priority throughout their majority. Who can forget the infamous transvaginal ultrasound bill and the debates over whether an unborn fetus should be given the rights of a “person” under the Virginia Constitution? [“Social Agenda Dominates The General Assembly” – February 27, 2012.] 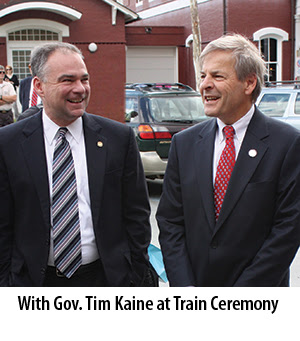 9. McAuliffe Restores Rights of 173,000 Virginians, the largest number of any Governor in America. 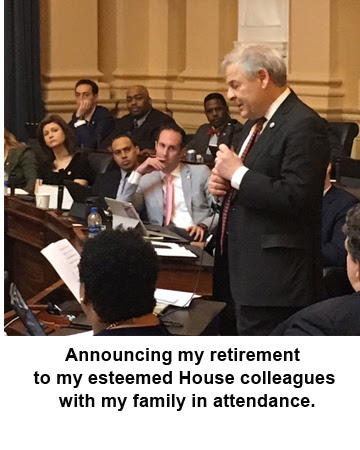 More details on these and other matters will be found in my forthcoming book, “In the Room at the Time,” which draws deeply on my experience in Virginia and places the Commonwealth’s policy and politics in the context of what is occurring in other states across the nation. Virginia has always been at the center of debates about the future of our country, and that is more apparent today than ever before.

The New 57th District Delegate
On January 8, 2020, Sally Hudson will assume her new responsibilities as Delegate for the 57th District. I hope you will give her as much help as you have always given me; constituent ideas and feedback are essential to good representation of the entire district. She can be reached now at DelSHudson@house.virginia.gov, and during the upcoming Session her Richmond office phone number will be 804-698-1057.