See below for an excellent Twitter thread, by CNU Professor Rachel Bitecofer, on the dangers of “lethal mass partisanship” in America today. Bitecofer specifically, and accurately, cites Trump’s “authoritarian tendencies that are atypical to the Amer. presidency” and, more broadly, the Republican Party “using ‘willful ignorance’ of fact, & thus aiding & abetting in the erosion of the rule of law in the U.S.” There’s also the “othering” of people by Trump, such as when he “stand[s] on a stage & tell[s] his supporters that the opposition party members are “terrible, disgusting people.'”

Very dangerous stuff, and unfortunately, we’re seeing this across the country, including here in Virginia, and most certainly on social media. The question is what, if anything, can reverse this dangerous trend? And, if not, how bad will things get in this country? Also, how much of this is unique to Trump, and how much of it is more systemic, in the sense that Trump is more of a *symptom* of the problem than the *cause* of the problem? In other words, assuming Trump leaves office next January, can our country start moving away from this dangerous “othering?” Or will that continue no matter who’s in the White House? Personally, I’m hoping – but not counting on – the former alternative. 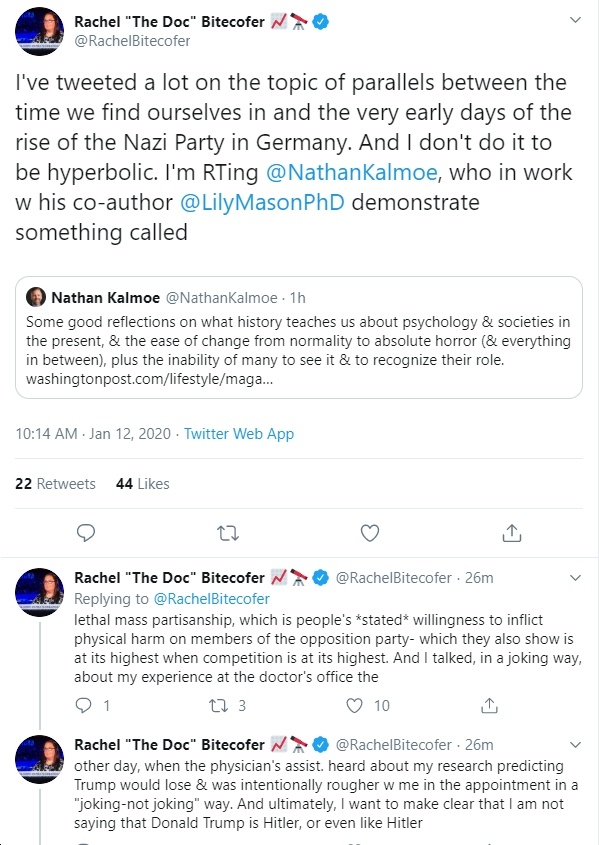 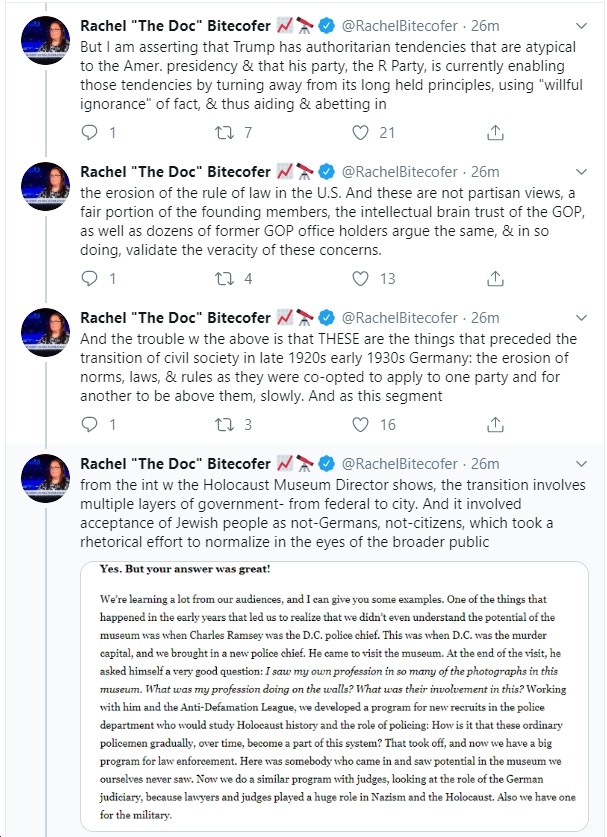 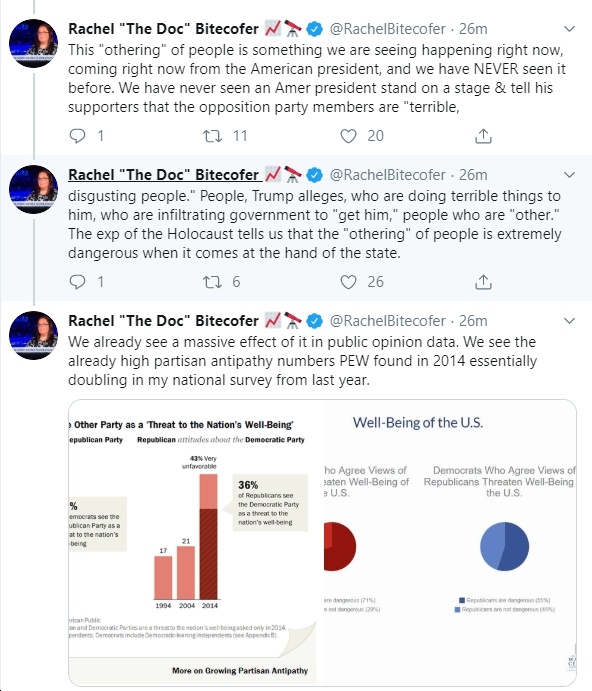