Good news from the Fairfax County Democratic Committee (FCDC) – by far the largest local Democratic committee in the state, and one of the largest in the country – last night: see below for the by-law changes, including allowing for both assembled and unassembled (aka, “firehouse”) caucuses – and also changes to membership requirements. All of these changes were *much* needed; thanks to Dan Lagana for pushing them!

In other news: Bryan Graham was elected the new FCDC chair, after two years of great service by Dan Lagana, who is moving on to another job. Also elected were Paul Davis as Vice Chair North, Manisha Singh as Vice Chair Central and Julie Shepard as Vice Chair South and Paul Berry as FCDC Tech Vice Chair. Congrats and good luck to all the new officers!

Below is the email explaining the rationale for the proposed ethics reforms to FCDC’s By-Laws.

However, I want to briefly emphasize the following points beforehand:

First, our proposed by-laws allow for both assembled and unassembled caucuses. Neither are prohibitively expensive. Our largest fixed costs are ballot printing and school rentals if the governmental centers, which are free of charge, are unavailable.

Second, recently opponents have attempted to stir opposition by presenting selective interpretations (addressed above) of the proposed ethics reforms. The irony is that the nature of the opposition highlights the conflict of interest we are seeking to do away with (which I will gladly address at the reorganization) in the proposed reforms.

These ethics reforms have been painstakingly and meticulously worked on for over six months. They reflect compromise, not perfection. At no point did anyone opposed enter discussions with their district chairs or steering committee to provide edits. The current system is clearly no longer adequate.

The road to electoral perdition is paved by activists with narrow aims. The VA GOP is an example of a party that did not meaningfully address its most basic deficiencies. Where are they now?

This is an opportunity to enact actual AND substantive change. To create a system fairer than the current, that offers ALL communities in Fairfax County opportunities to participate in our endorsements.

To my knowledge, this is the first time in recent history such critical and sweeping changes have been meaningfully addressed and put forth to the committee. Let’s do the right thing, even if it’s hard to do.

This coming reorganization we have a rare opportunity to pass critical ethics reforms to our by-laws. Bluntly put, if we do not pass these ethics reforms then the conflicts of interest encoded in our by-laws will leave our committee exposed to manipulation.

The proposed reforms to our membership and by-laws reflect compromise and the understanding that getting this done is far better than the status-quo. They are a compromise between openness, fairness and governance that span a range of deeply held beliefs within FCDC.

The proposed changes may not reflect your beliefs and you may strongly disagree with an aspect or provision contained within, however they are a marked improvement from our current membership and endorsement processes.

Separate from the above, I have further submitted amendments to ensure that our nomination and endorsement processes are fair and transparent. These proposed amendments are designed to mitigate conflicts of interest from entering the committees responsible for the oversight and management of nominations and endorsements.

FCDC cannot continue to simultaneously exist as an arena between candidates  vying for office and also as a vehicle for electing Democrats. Combined, these proposed amendments are designed to steer our committee towards electing Democrats.

These amendments can always be altered in the future, but it is critically important that we adopt this structure now because we do not know what the future holds.

The message below is broken into two parts:

Much needed and long overdue reforms to our bylaws will help preserve and protect the integrity of FCDC and its processes and procedures.

Our work is incredibly valuable and also never-ending.  In 2017, we elected Democrats and got ready to do so again in 2018.  And we did. For the past year we have all been working nonstop leading up to the biggest local elections in many years.  And then, 2020…

Unfortunately, our work has become more and more difficult, not because we aren’t trying or because our candidates aren’t superb (they are!), but because FCDC as an organization has become virtually ungovernable and clear conflicts of interest exist within our membership and endorsement policies and procedures.

While the September resolution mitigated some of the issues, we must address the full breadth of the problem for the long-term
Governance Reform

The DPVA Party Plan mandates that we must meet quorum at our meetings. This quorum requires 30% of our membership be in attendance. Reaching a quorum has long been a challenge for FCDC–especially over the past decade—and of late the situation has become untenable.  We must address this.

What Does it Mean to be a “Member” of FCDC?  All of us have our own reasons for joining. A member of FCDC is an elected representative of Democratic voters in their community. That is the difference between membership within FCDC and simply self-identifying as a Democrat.

However, our respective abilities to commit our time to FCDC’s mission understandably and legitimately vary.  Currently, membership and the membership threshold, or cap, is not defined in either the FCDC by-laws or DPVA Party Plan. This vague concept of membership leaves open the potential for manipulation.

We can all agree this sort of activity violates, at a minimum, the spirit of membership. We cannot allow this sort of activity to harm FCDC’s integrity and reputation. That, however, is only one-half of the problem afflicting FCDC, the other half are the incentives surrounding our endorsement process—a process tilted against anyone but party insiders.

Endorsements for nonpartisan races, which rewards candidates with placement on the FCDC election day sample ballot, are conducted by a vote of FCDC members.

Candidates spend months campaigning among existing members—instead of within their communities–and are incentivized to recruit members for the sole purpose of voting in the endorsements. The effect is a loss of precious time and campaign exposure to the broader community. Lastly, candidates not familiar with the party are at an immediate disadvantage.

The highly-socialized nature of committee membership can reward candidates with strong personal connections or appeal. Furthermore, the current system lacks inclusiveness and unfairly penalizes people of color and Democrats not formally associated with FCDC.

A critical point: The irony is that in order to become competitive, many new candidates must recruit people in order to join and vote for them. Overwhelmingly, drive up quorum requirements, and do not volunteer, and do not rejoin at Reorg. In turn, other candidates do the same and the result is a disaster along the lines of what we experienced this year.

These phenomena are not new. In fact, it’s long been known in FCDC. But now the size and scale of the problem demands immediate and resolute action.

The task force drafted a “Reorganization Resolution” which was discussed at length, passed unanimously by district chairs, passed unanimously by the Steering Committee, and passed by an overwhelming majority at the September 24th FCDC Meeting, and proposed changes to FCDC’s by-laws at the reorganization on Tuesday, January 7th (rescheduled for Tuesday, January 28th).

If Democrats stand for anything, it is openness and inclusivity.  But we also believe firmly in straightforward good governance and the obligations of participation that accompany the privileges of membership in any organization. The following items are descriptions and explanations of the proposed by-laws amendments.
1. Establish that membership may not exceed a cap.

4. Firehouse primaries/caucuses for the endorsement of candidates in non-partisan offices (Modeled after Arlington).

These reforms are designed to ensure that the nominations process and the management thereof—the method in which nominations are determined, for example, a primary, caucus, or convention—is free from conflicts of interest. The reforms require a recusal and or resignation should a conflict of interest be discovered.

Additionally, if conflicts exist, then those conflicts and circumstances are communicated immediately in order to ensure maximum transparency.

The need for these reforms became clear after this year’s nominations and endorsement process had exposed clear conflicts between some candidates and chairs and members. This must be addressed immediately.

This is especially important given the redistricting that will likely occur following the census in 2020 and will affect all races between 2021 and on. If we pass these now, we can protect ourselves and truly create an endorsement and nominations process that is transparent and fair.

Click here to read the full text of the proposed by-laws amendments. 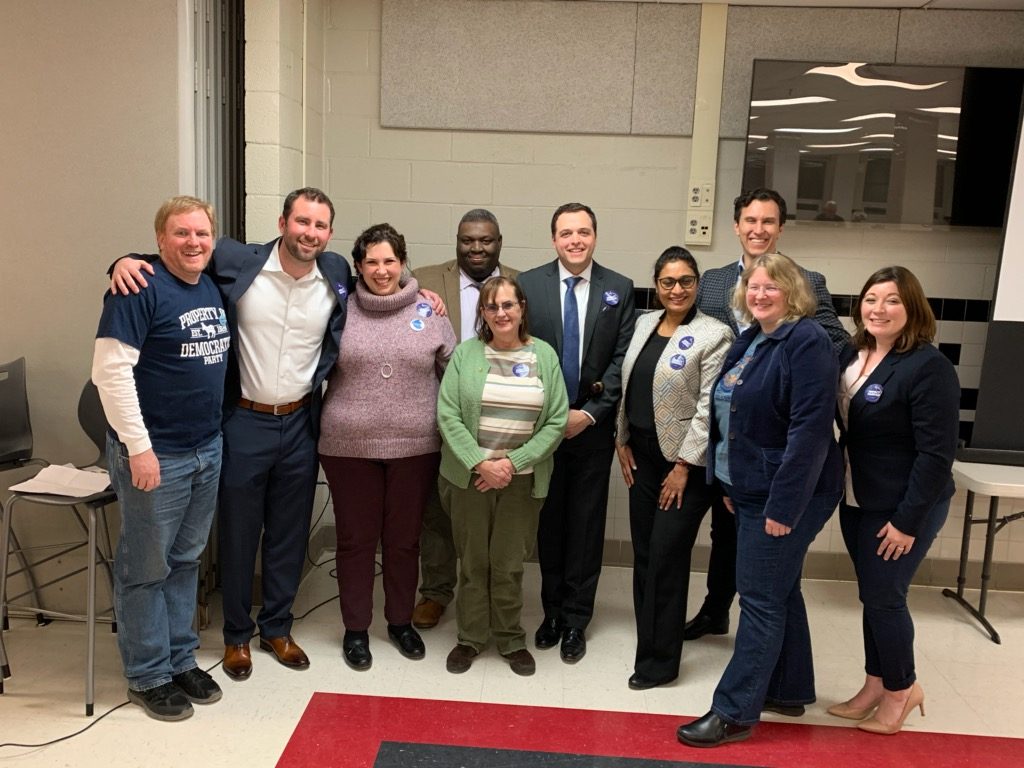