See below for two graphics from VPAP on the “legislative pecking order” in the State Senate and House of Delegates. Not surprisingly, the key committees in the House and Senate have the most senior members on them, while the relatively less powerful committees are where the freshmen end up.  In the case of Senate Commerce and Privileges & Elections, the one “freshman” is Sen. John Bell, who isn’t a true freshman, given that he moved up from the House of Delegates. Same thing with Sen. Joe Morrissey on Senate Judiciary, as he also served in the House of Delegates. Anyway…not surprising, or necessarily bad/good, but interesting to see it broken out this way. 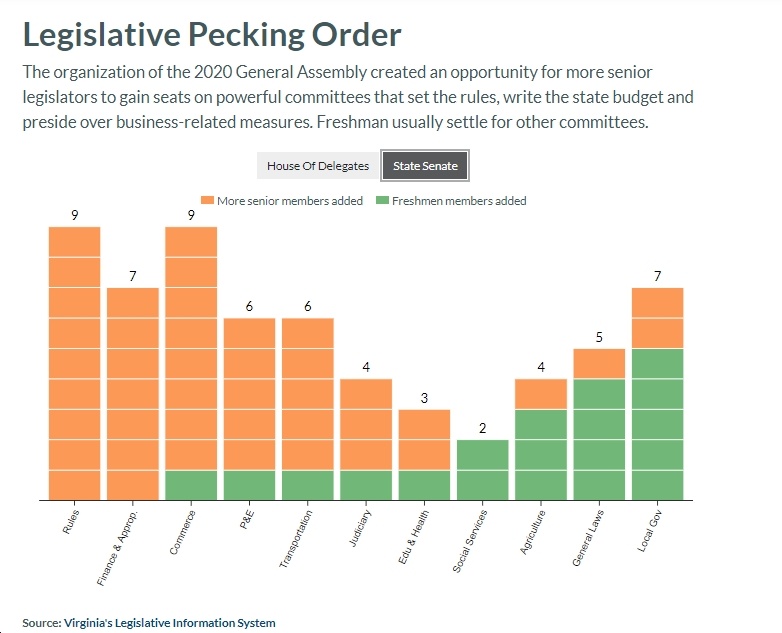 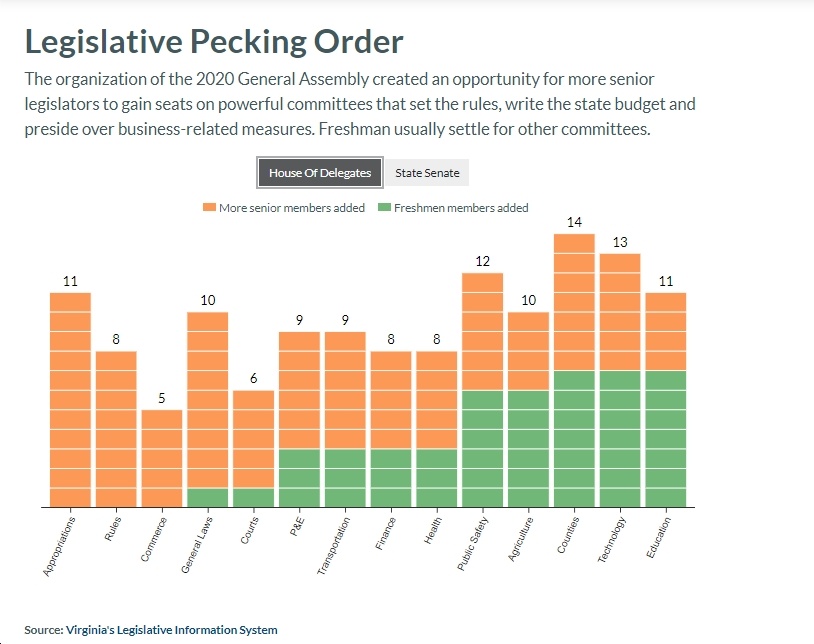