See below for some photos from the Richmond Send-Off for House Speaker-Designee Eileen Filler-Corn this afternoon at Carpool Bar in Fairfax. The Send-Off comes just says before the General Assembly gears up again this coming week, and with Democrats having a chance to get a lot of great stuff done on a wide variety of issues. Of course, nothing’s guaranteed, and clearly Republicans are going to resist, tooth and nail, just about any progress on anything. Which is where activists come in – advocating, organizing, lobbying, educating, etc. Because, in the end, while elections clearly are important, we also can’t take our eyes off the ball once the election ends and legislating begins. And in this case, the legislating begins in just over three days. Stay tuned!

Tom & I were delighted to see our friend and future Speaker of the House in Virginia, Delegate Eileen Filler-Corn this afternoon. She was introduced by two new electeds from Braddock District – FCPS At-Large School Board Member Rachna Sizemore Heizer and Braddock District Supervisor James Walkinshaw. It’s a new day in Virginia! 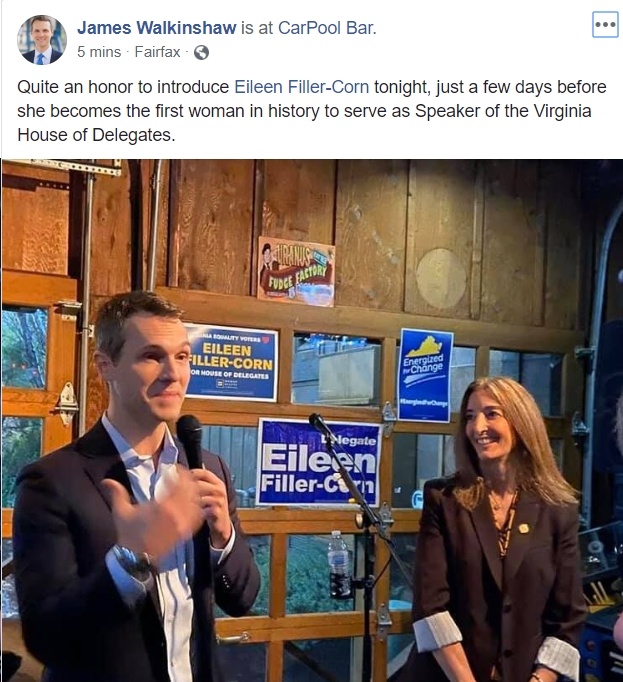 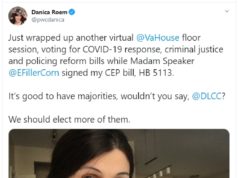 Yesterday, While We Were All Focused on the Trump/COVID Disaster, the Democratic-Led Virginia General Assembly Was Busy Getting Stuff Done

Maps of Virginia Potential Early Votes by Precinct Generally Show Highest %s in “Blue” Areas of the State, Lowest %s in the “Red” Areas (It is worth noting that there are variations within regions, however) https://bluevirginia.us/2020/10/maps-of-virginia-potential-early-votes-by-precinct-generally-show-highest-s-in-blue-areas-of-the-state-lowest-s-in-the-red-areas via @bluevirginia