These Sunrise Movement Virginia young people are amazing; see below for video and photos (by Emily Satterwhite, etc.) from their activism this morning at the Virginia Capitol in support of strong, urgent action to combat the climate crisis that’s threatening all of our futures. By the way, THIS is what the media should be paying attention to – more than many other issues they think are important – and covering as a top priority, given the fact that saving our planet from climate disaster needs to be priority #1. 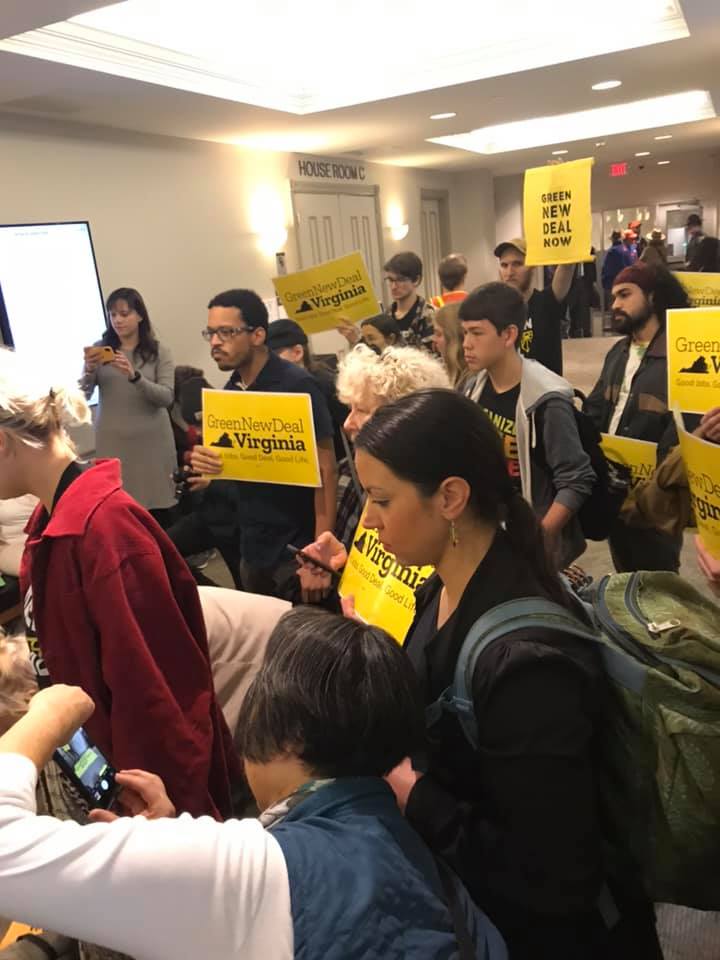 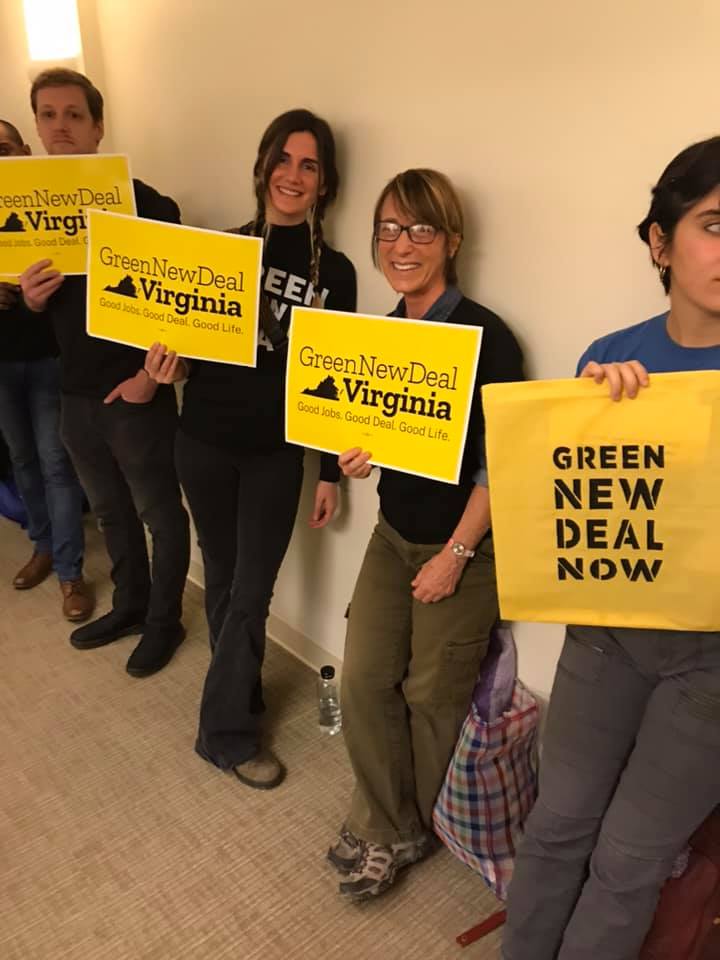 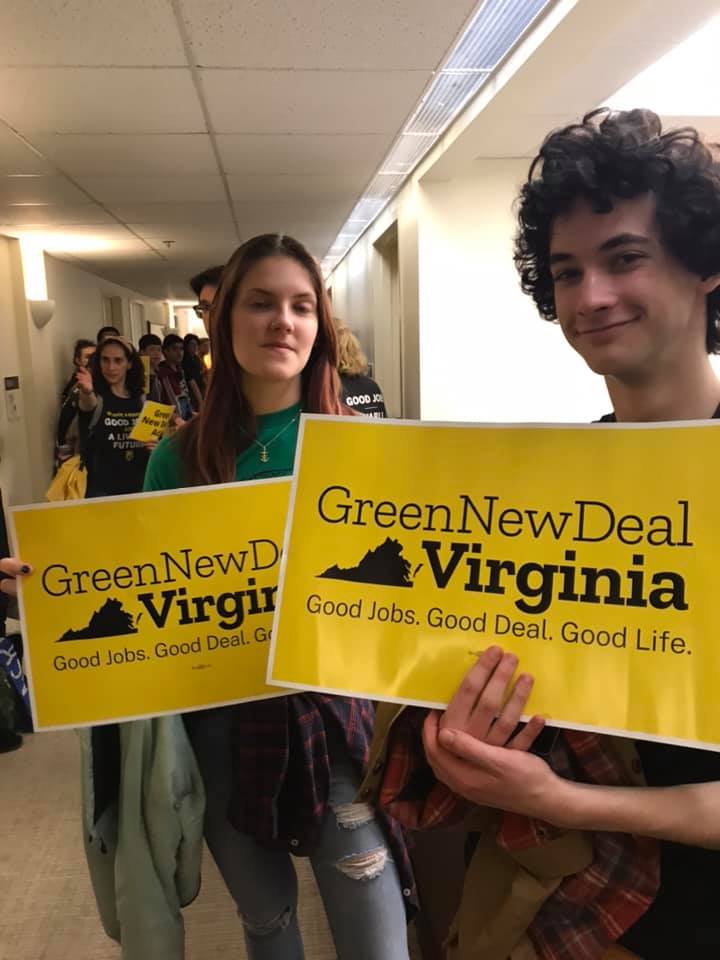 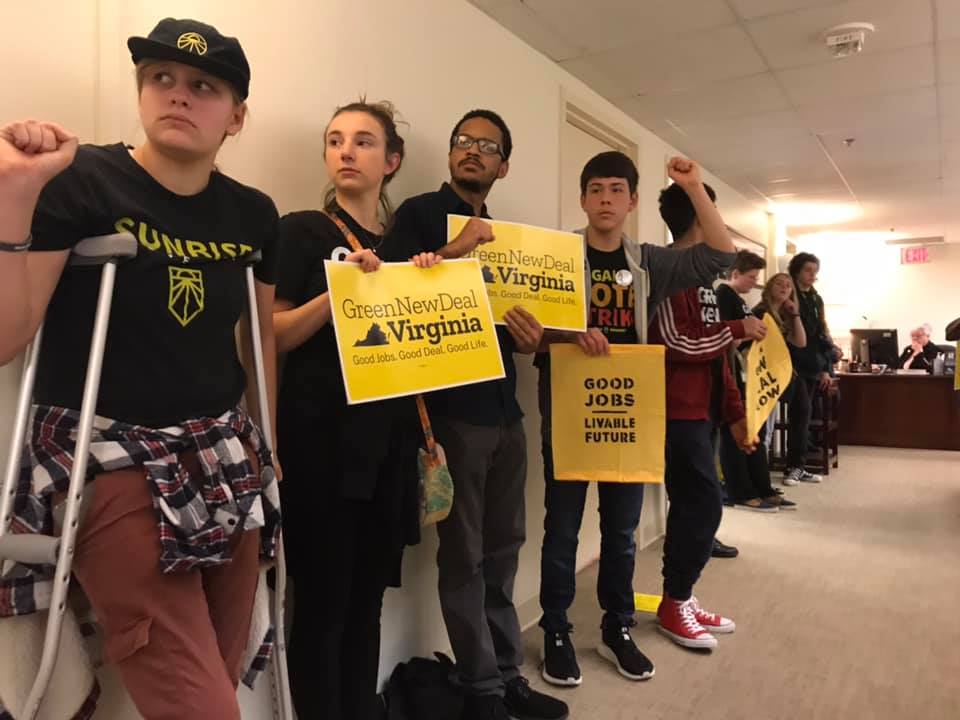 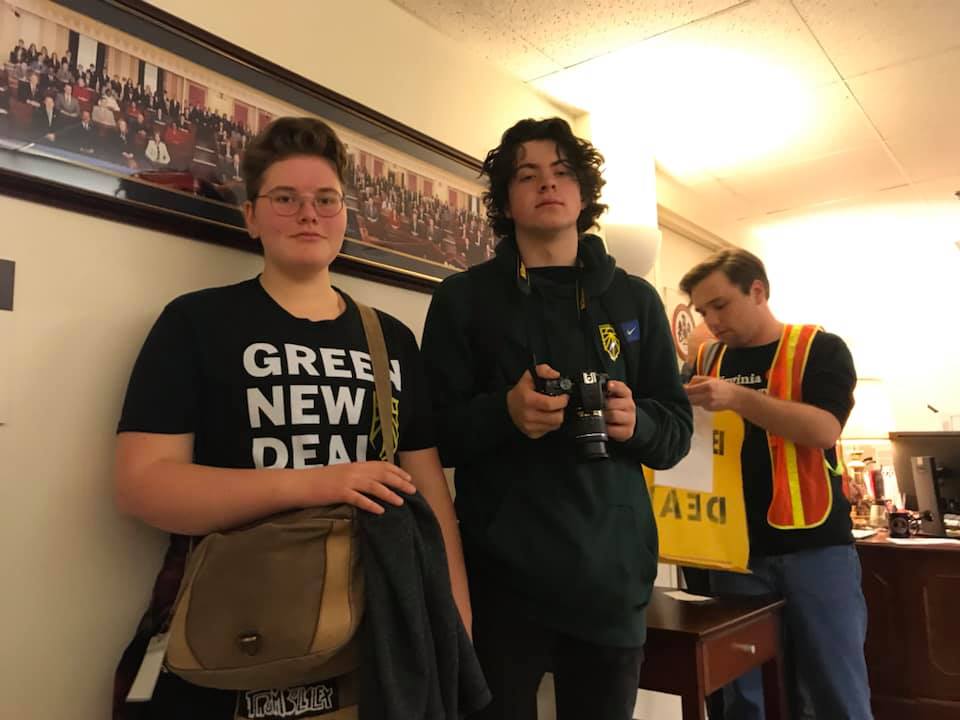 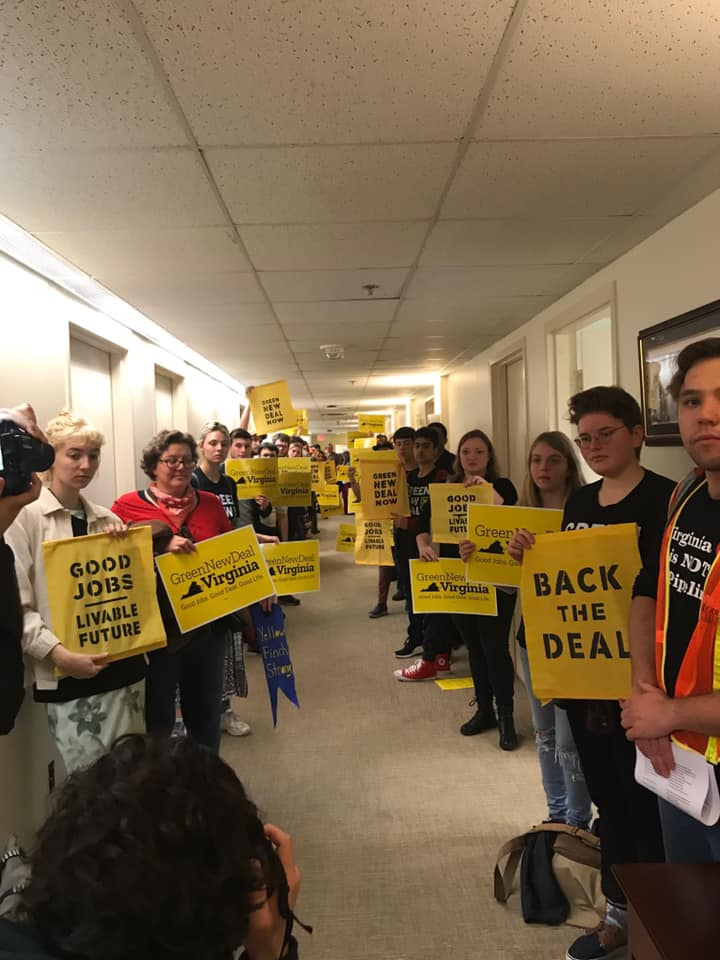 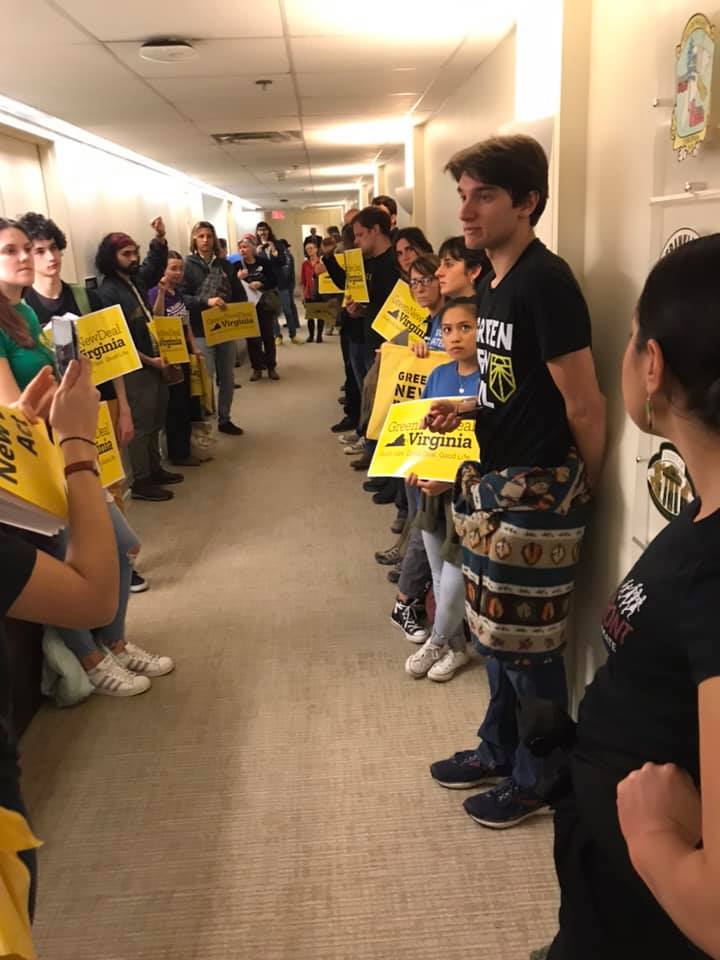 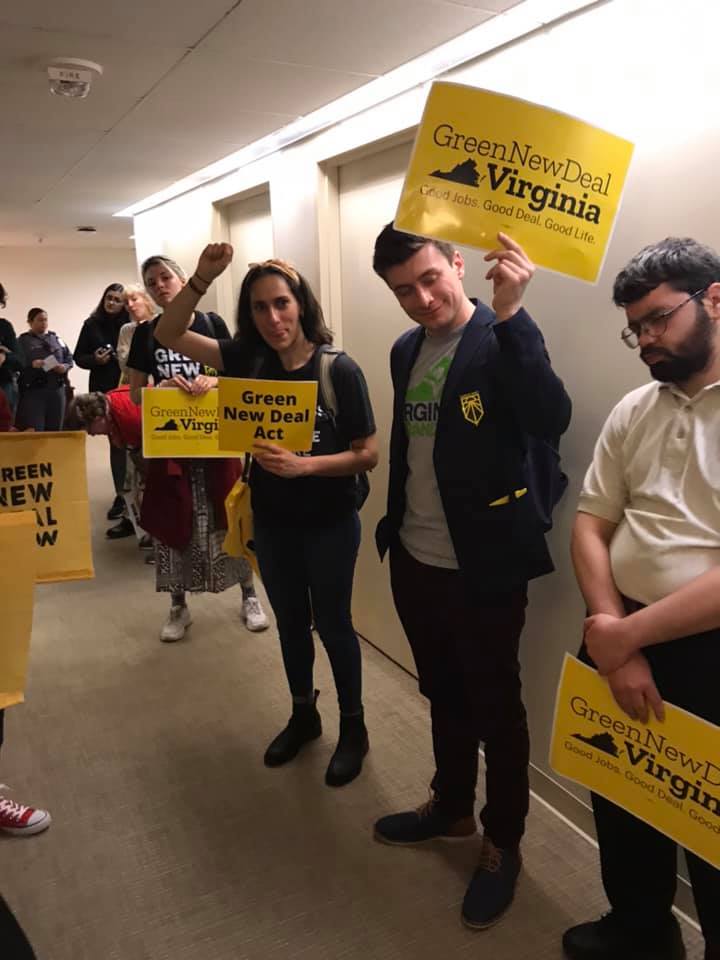 Organizing is what has gotten in the way of the Atlantic Coast Pipeline and we’re going to continue to organize against the pipelines and for a #GND4VA! pic.twitter.com/nex2g3SUYt

It's happening! #GreenNewDeal @ the VA State General Assembly. Call / Tweet / Write to your VA State legislators TODAY & tell them you want the GND in VA, not some fake, pretend versions of climate action. @SunriseMvmtRVA @GreenNewDealVA https://t.co/d2xVkizv6n

From 16 year old Sonja: “You’ve gotten your democratic trifecta. Now use it!” pic.twitter.com/jjtww0NXg7

“The issue isn’t that we need more science. It’s not that we need to convince people. Almost everyone wants climate action. The issue is why that hasn’t translated into political victories.” pic.twitter.com/oblXuhRyqq

Please watch this letter to the people in power from a 15 year old from Blacksburg High School and Appalachian Youth Climate Coalition. pic.twitter.com/RLWQuC4vQh

“We’re here to show them we will not stand for this, we want a future, we want good jobs, we want a #GND4VA!”- @VishavGill15 (13 years old) pic.twitter.com/voL2EcKJ8Q