See below for tweets, photos and video from this morning’s State Senate Judiciary Committee hearing on gun legislation. 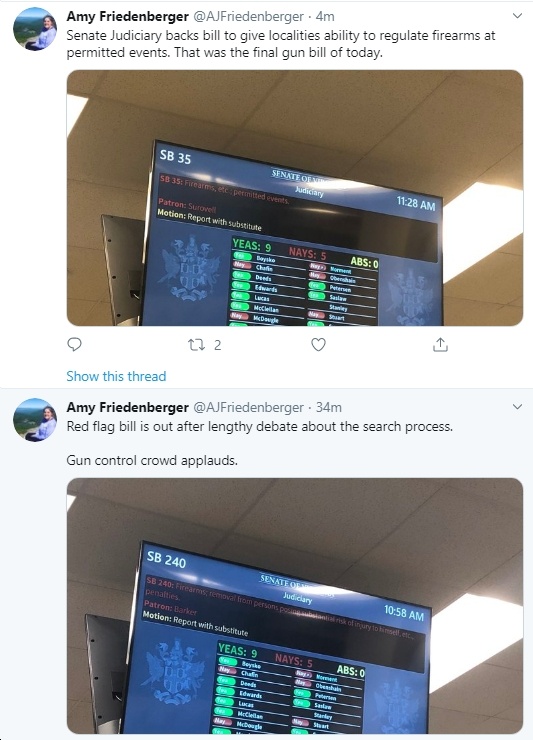 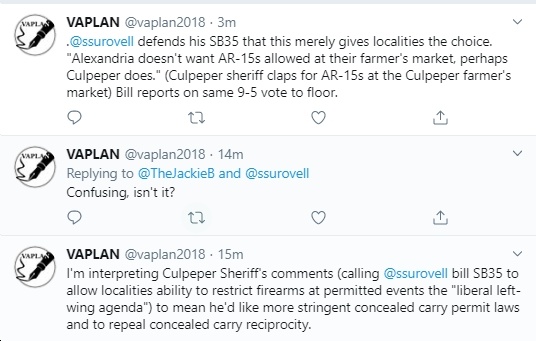 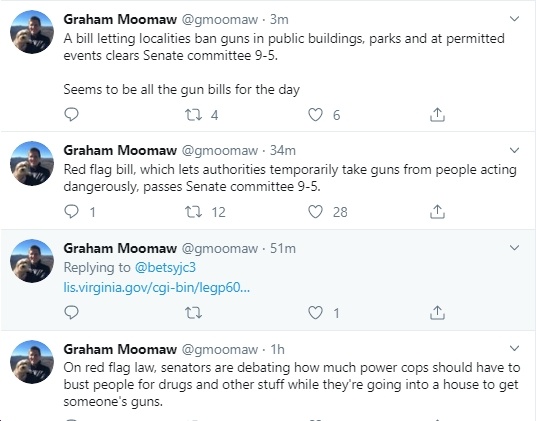 VAPLAN: “The *brilliant* & *eloquent* VanCleeve from VCDL says we shouldn’t enact Red Flag laws because people can still hang themselves, & that this falls under “I hate gun owners” Claims it violates many Constitutional Amendments, despite the Supreme Court repeatedly finding otherwise.”

VAPLAN: “.@ssurovell  wants language in Red Flag law SB240 clarifying that when warrant is served to remove firearms from those who might pose substantial risk, that ‘search the person’ isn’t an excuse for a law enforcement fishing expedition for anything other than firearms.” 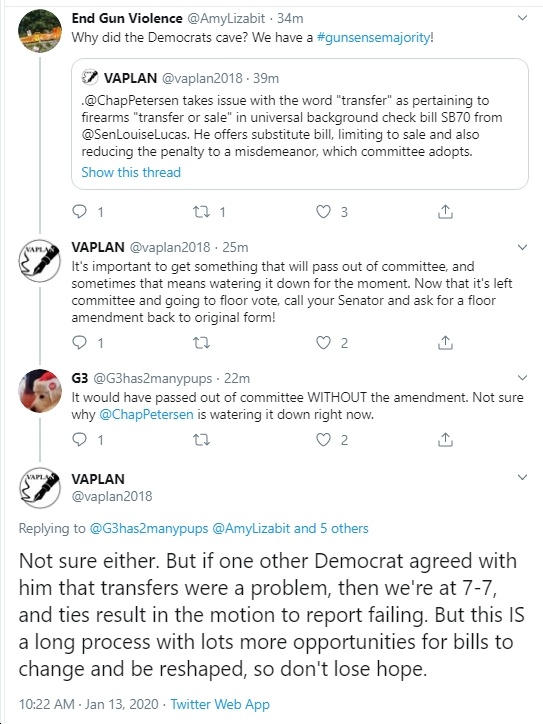 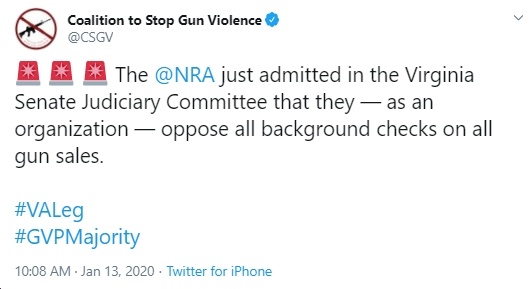 VAPLAN: “NRA is glad for the substitute that @ChapPetersen  proposed that weaken @SenLouiseLucas‘s universal background check bill SB70. I guess his NRA rating will be better than most Democrats this year.” 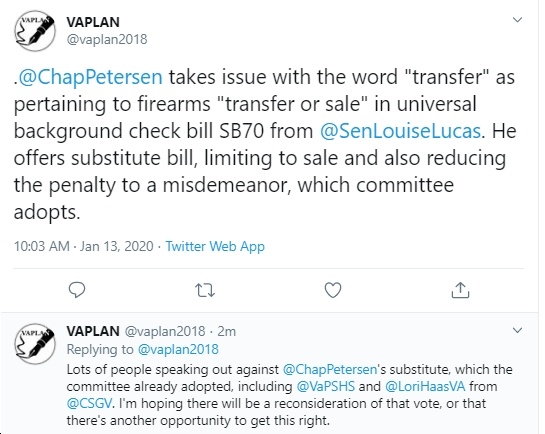 VAPLAN: “As expected, SB69 one-handgun-a-month from @SenatorLocke reports to floor vote on a 9-5 partisan vote. Next up is @SenLouiseLucas universal background check bill SB70 (with @DickSaslaw‘s SB12 rolled in).” 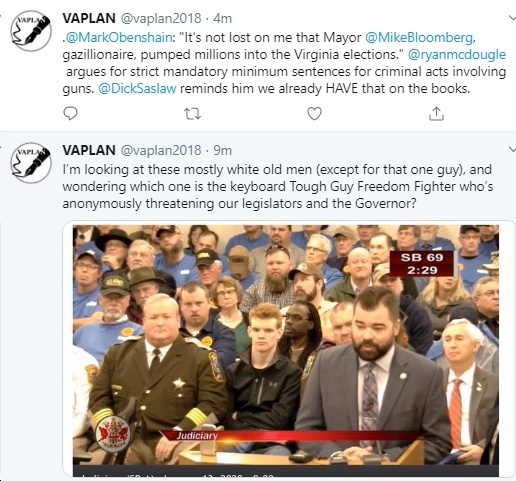 Senator @MarkObenshain doesn’t ask @VaPSHS about the actual bill being discussed, but instead whines about whether @GovernorVA Admin. members passed into the building w/o going through the screening enacted as a rule last week. But Sec’y Moran HAD gone through metal detectors. 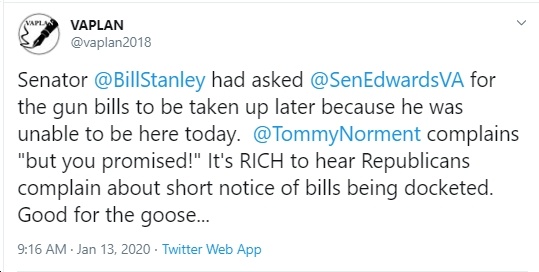 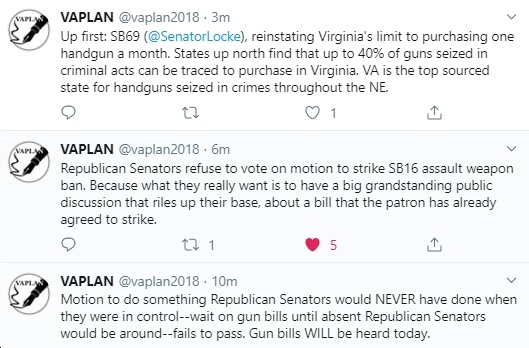 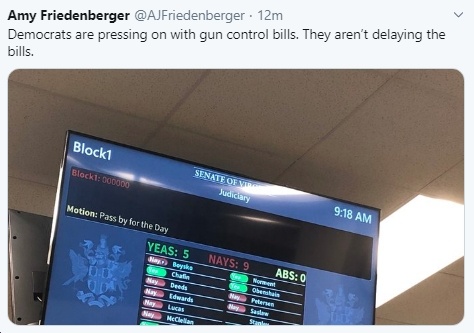 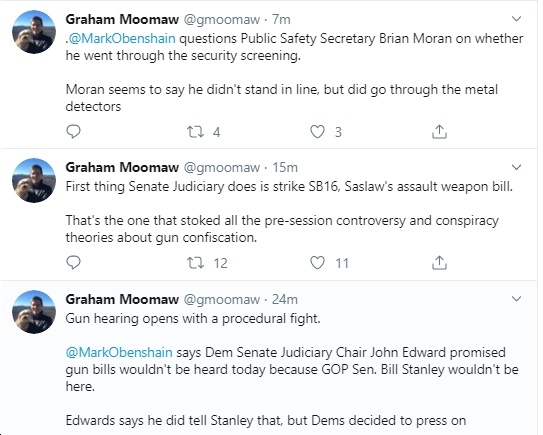 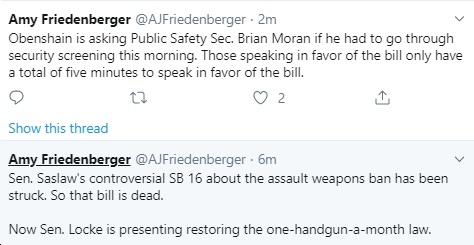 Senate Judiciary room is divided between gun rights and gun control advocates. We’ve got an hour until the meeting starts. pic.twitter.com/RxTYgOShB2

Also a decent police presence inside and outside the buildings pic.twitter.com/LK9DJKXj4w

This is just a handful of all the people at the Capitol this morning to attend the Senate Judiciary meeting on gun control.

Today was the day the NRA was sending activists. pic.twitter.com/CYqC7oQJl0

New policy in place for everyone to go through the metal detectors and a guns ban on the buildings and the people in line are irritated.

New policy in place for everyone to go through the metal detectors and a guns ban on the buildings and the people in line are irritated. 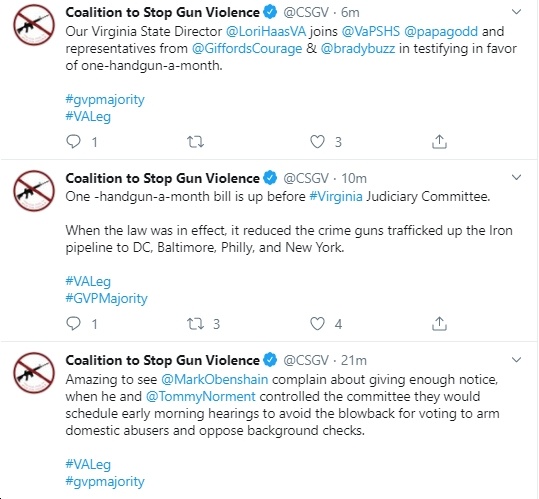