So, here’s the deal: while it’s great in many ways that Democrats are in charge of the Virginia State Senate and House of Delegates, it doesn’t mean everything’s going to be perfect or go the way we want it to. On the “social issues,” there’s not much to worry about, but on economics, ethics, campaign finance, energy and environment, there’s probably a *lot* to worry about, frankly. Case in point: a few minutes ago, the Senate Privileges and Elections Committee killed two bills, both by Sen. Chap Petersen (D), which would have restricted political donations in Virginia.

First, there was SB25, which would have prohibited candidates from “soliciting or accepting a contribution from any public service corporation,” first and foremost of course being Dominion Energy. That bill was defeated this afternoon on a 5-10 vote, with all Republicans and four Democrats (see below) voting to kill the bill. Kudos, by the way, to Sen. Jennifer McClellan, who clearly articulated the fundamental conflict of interest here. 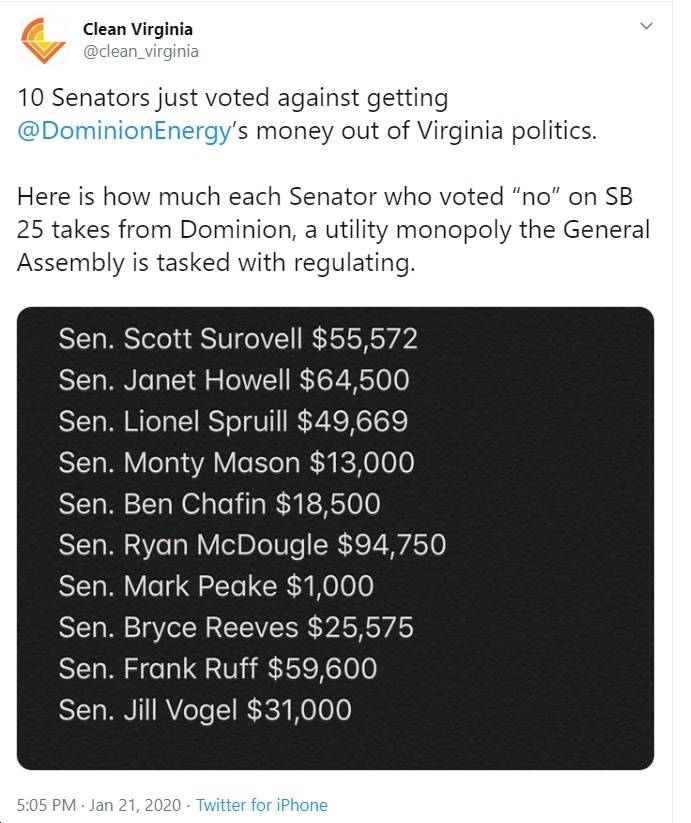 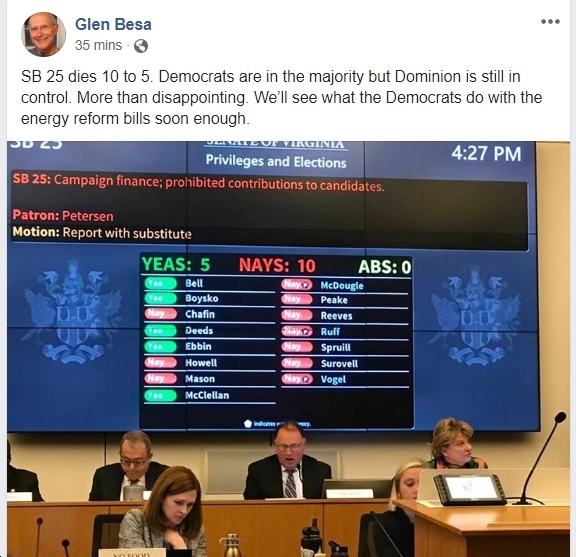 Second, say farewell to Sen. Chap Petersen’s SB488, which would have “[p]rohibit[ed] persons from making any single contribution, or any combination of contributions, that exceeds $20,000 to any one candidate for Governor, Lieutenant Governor, Attorney General, or the General Assembly in any one election cycle.” That bill was killed on a 9-6 vote, with all Republicans and three Democrats voting against it. So, while it was an excellent day in the Virginia State Senate in many ways, it could be a long slog this session for ethics reform, campaign finance reform, and quite possibly any bill impacting Dominion Energy, such as the Virginia Clean Economy Act. Ugh. 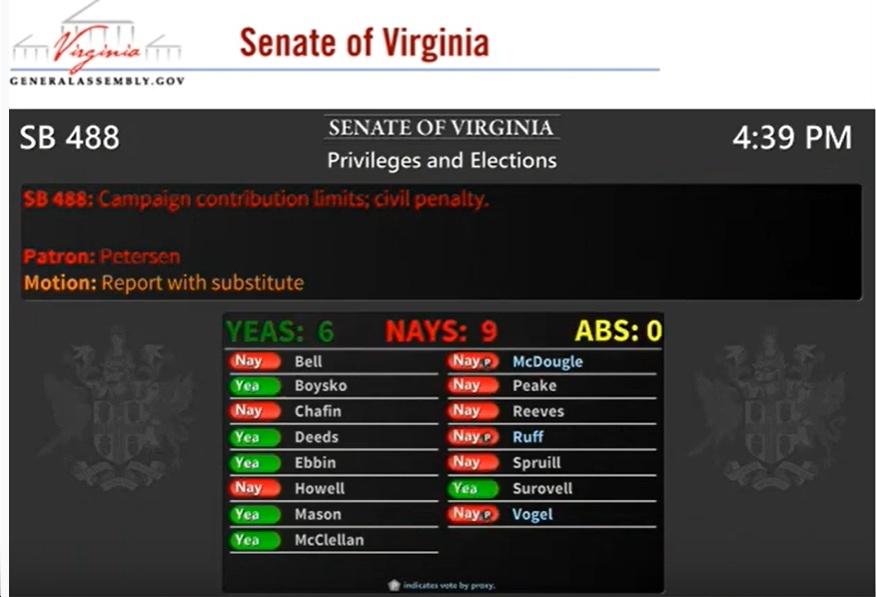