Cosgrove, you ask?!? That’s right, the same guy who in 2005 sponsored a constitutional amendment forbidding same-sex marriage; and who in 2015 voted ”to reject bills aimed at repealing the Marshall-Newman Amendment that banned marriage equality” and who, in 2016, voted for a so-called “religious freedom” bill that aimed to protect anyone refusing to conduct a same-sex marriage ceremony; and who voted to kill Sen. Surovell’s bill outlawing discredited, disgraceful “conversion therapy” on LGBT youth. I mean, wow, the times they really do appear to be a changin’ with regard to attitudes towards LGBT people. 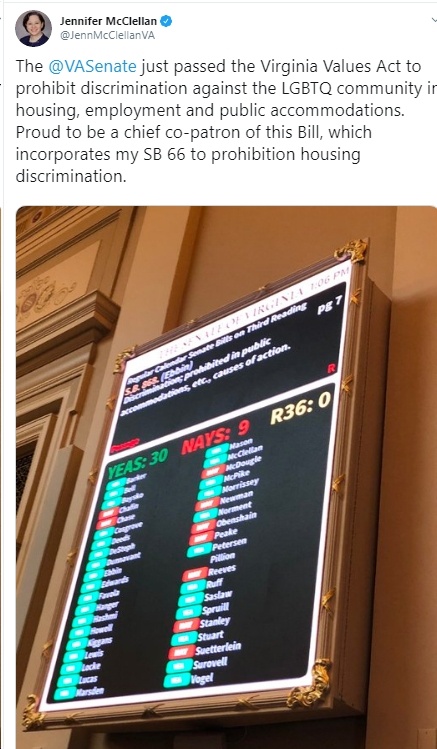