From Chris Ambrose, who has been a leader in the fight for strong, anti-gerrymandering, redistricting legislation, but who has not been a fan of the proposed redistricting *amendment* to the Virginia constitution (for the reasons he outlined here).

This nonpartisan comparison of the redistricting options before the General Assembly makes clear how bad the amendment is. It is dead last. Note the only two “Fairness Criteria” it meets on the second page are Compactness/Contiguous/equal population and meets federal and state civil rights laws.

That is pretty appalling and what the critics have been pointing out. Every bill meets those criteria and for good reason: They are required by the Virginia and US Constitutions and by state and federal law. Unfortunately, the amendment has NO criteria that restricts gerrymandering. 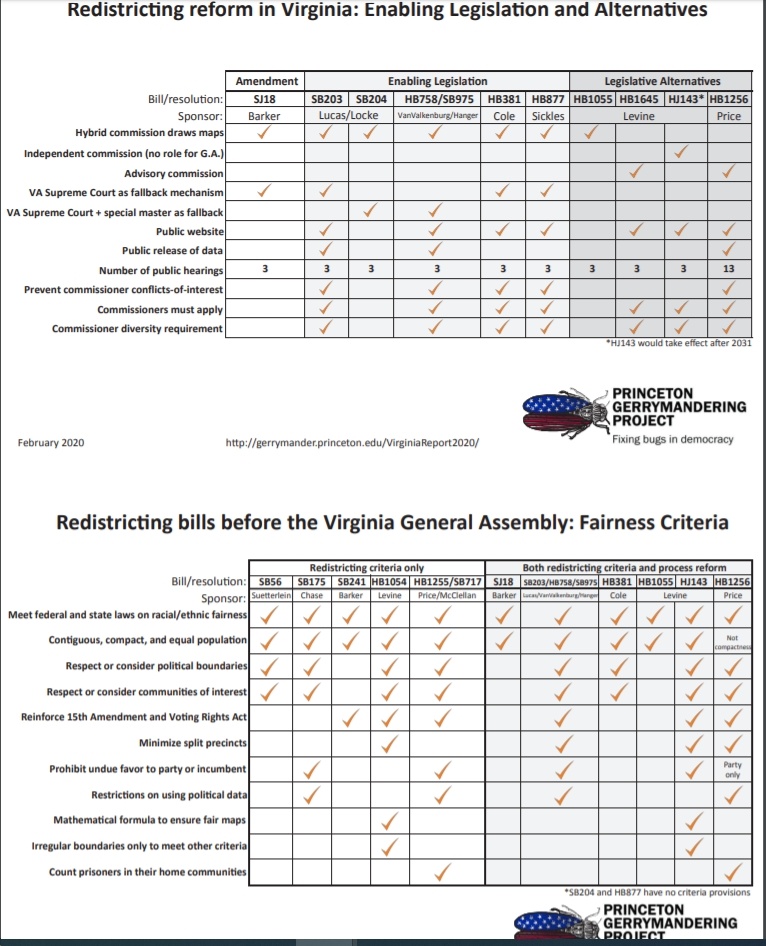 For more discussion of the Princeton Gerrymandering Project’s analysis, see here. Key points (bolding added by me for emphasis):