See below for two interesting graphics by VPAP, looking at how legislation is faring at the halfway point of the 2020 Virginia General Assembly session.

First, note that 60% of Senate bills (662 bills) and 48% of House bills (824 bills) are still alive. It’s very interesting to see that Senate Republicans haven’t seen a dropoff in their legislative success rate compared to last year. In contrast, House Republicans have seen a *major* dropoff in their legislative success rate. In both the House and Senate, Democrats have seen a major *increase* in their legislative success rate. So the only surprise here might be the Senate Republicans’ relatively lack of dropoff.  Why might that be? For one thing, perhaps because the Senate is much more closely divided than the House, with the Senate going from 21-19 Republican last year to 21-19 Democratic this session? For its part, the House went from 51-49 Republican last year to 55-45 Democratic this year, which obviously is a bigger shift…and a bigger Democratic majority than in the Senate. And perhaps, Senate Republicans are not wasting their time putting in “messaging” bills they know have zero chance of passage? Any other theories? 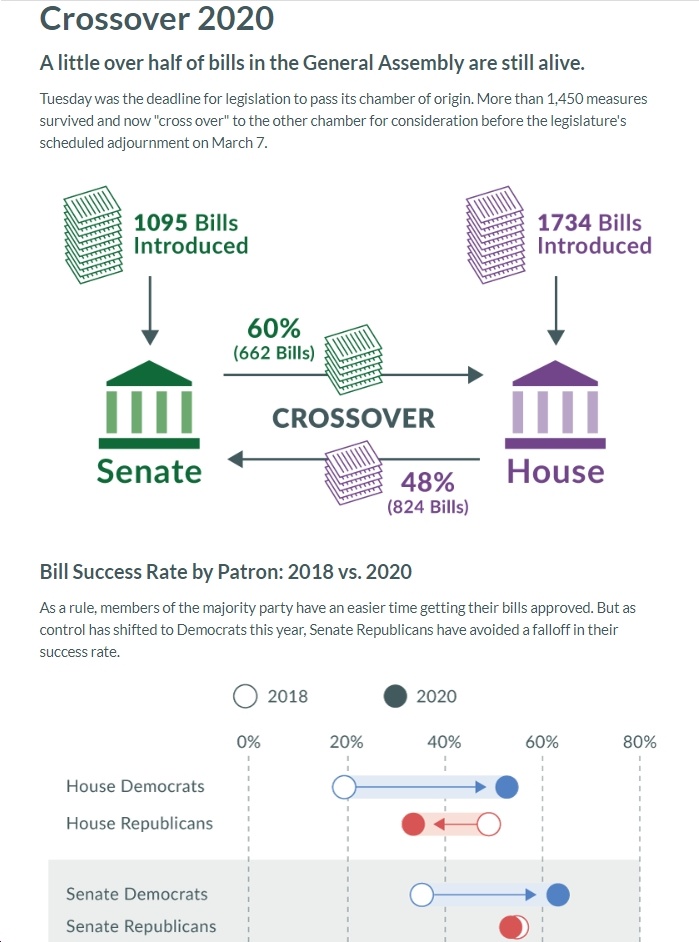 The next chart shows that there’s been a surge in close floor votes in both the Senate (151 this year vs. 76 last year at this time) and the House (219 this year vs. 54 last year at this time). This probably is a result of Republicans mostly voting in party “lockstep” against Democratic legislation, while last year, apparently Democrats didn’t vote in “lockstep” to the same degree against Republican legislation. Of course, Democrats also control the governor’s mansion, so that presumably factors in to folks’ thinking on how to vote on various bills… 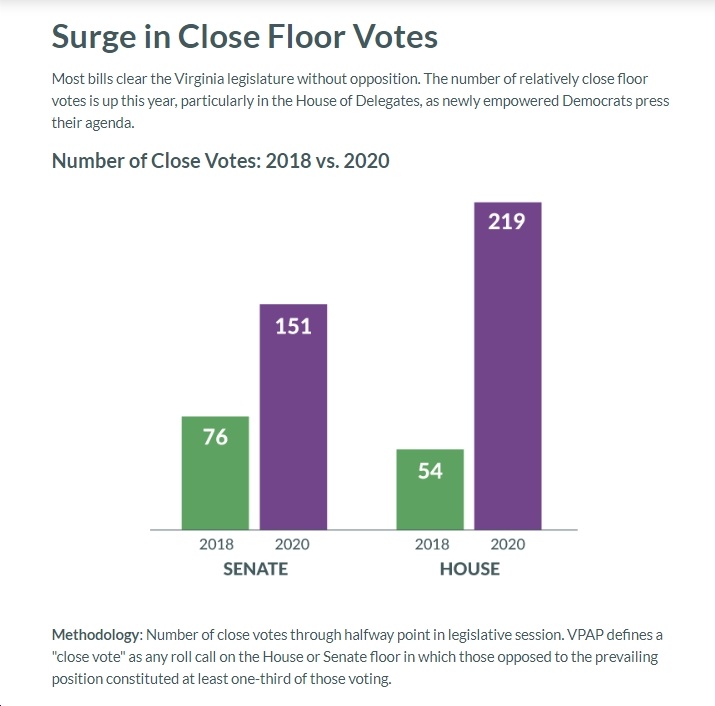