You know how some people like to (falsely) claim that it doesn’t matter which party, D or R, is in charge, because they’re supposedly “all the same,” blah blah blah? Well, see below from VPAP, which has 88 bills that were killed in Republican-controlled House of Delegates and State Senate committees last year, but which THIS year are well on their way to becoming law, under Democratic stewardship.  And these bills aren’t just in one issue area, either, but span the spectrum, including (a few examples):

So…yeah, there are huge differences between the parties, and…yeah, elections – and your activism – really do matter. 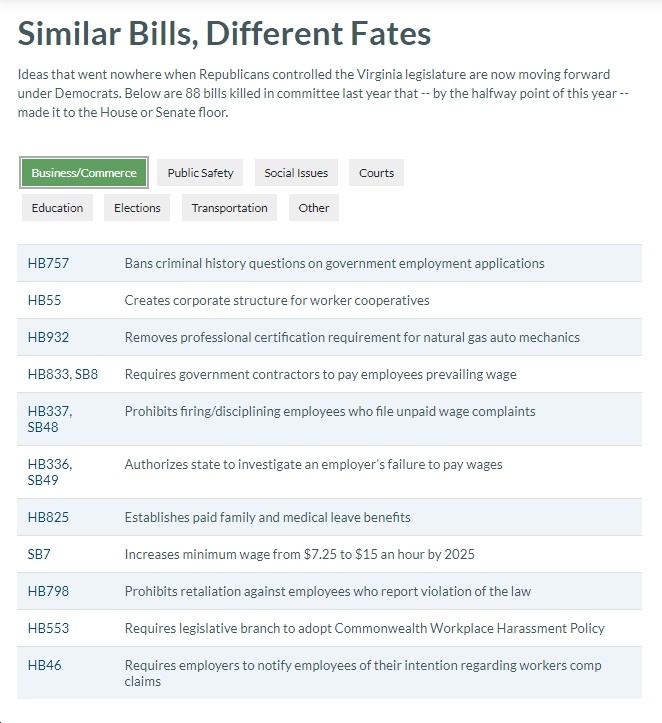 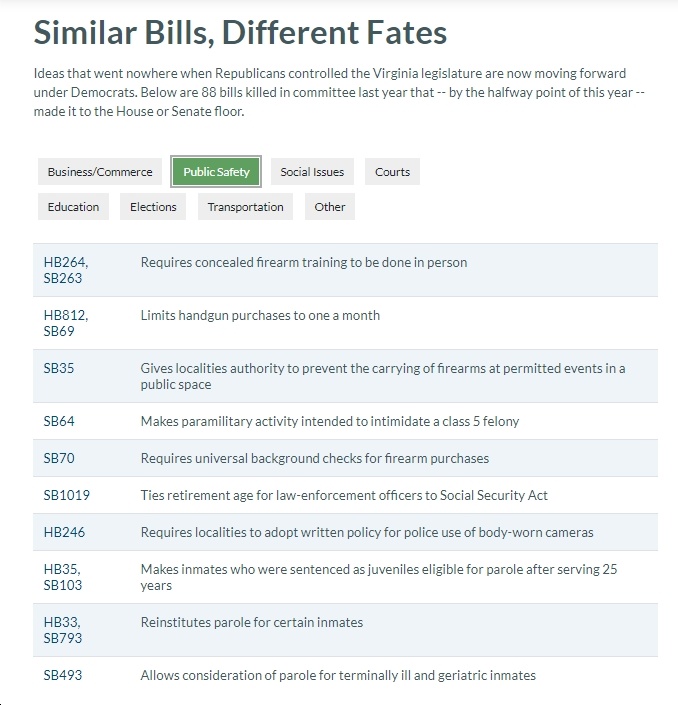 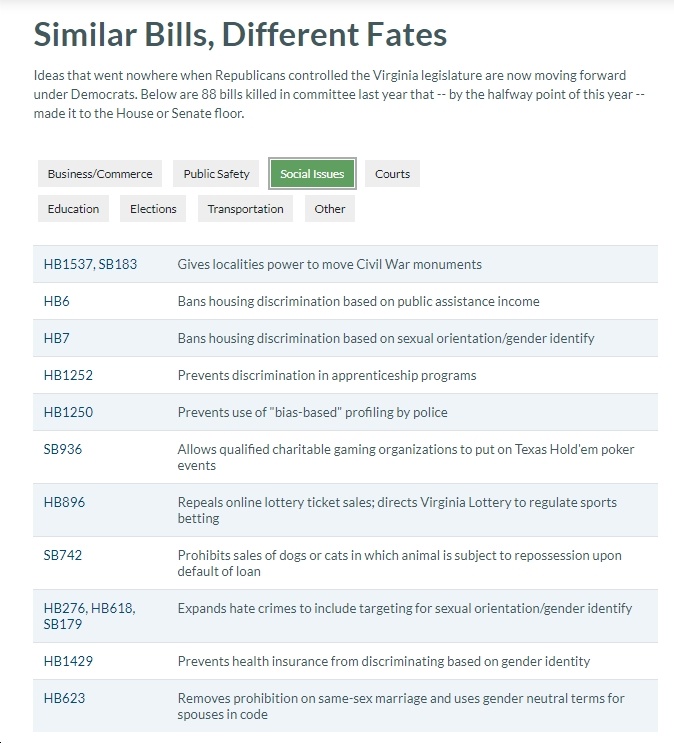 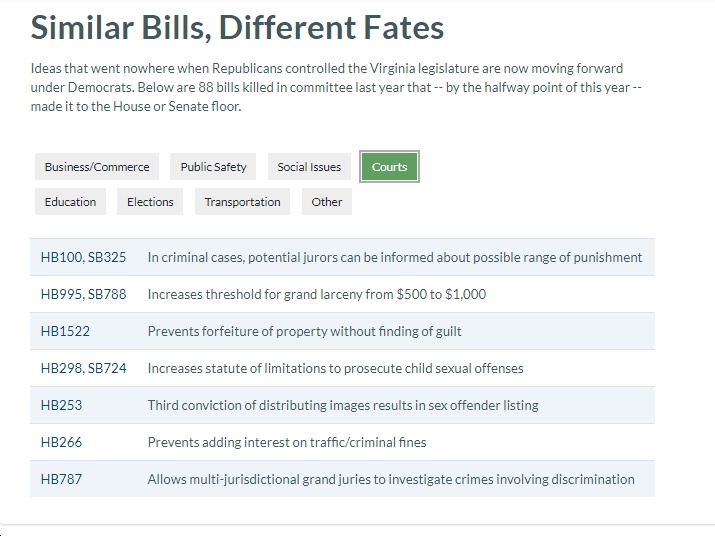 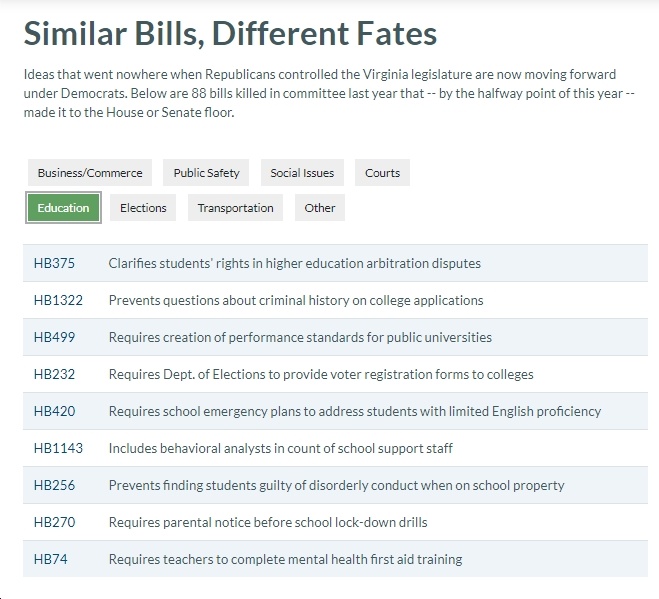 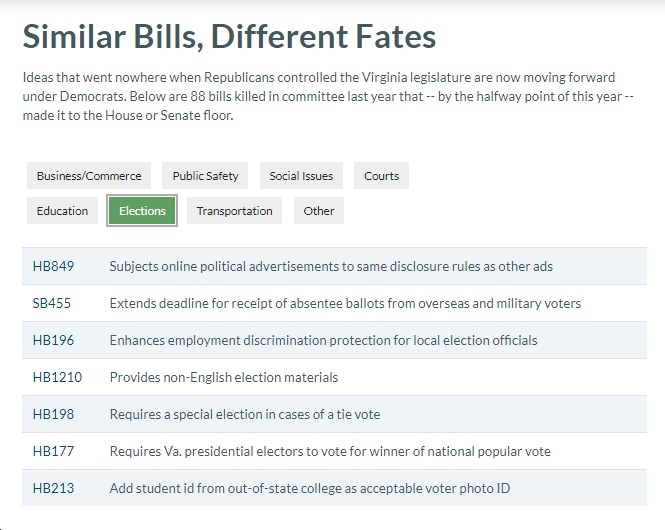 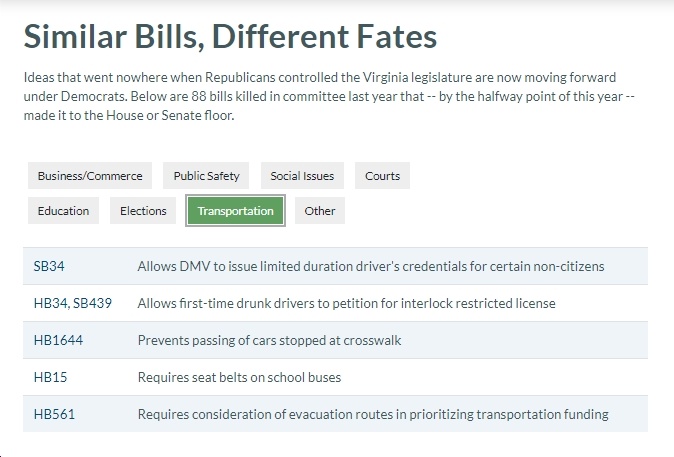 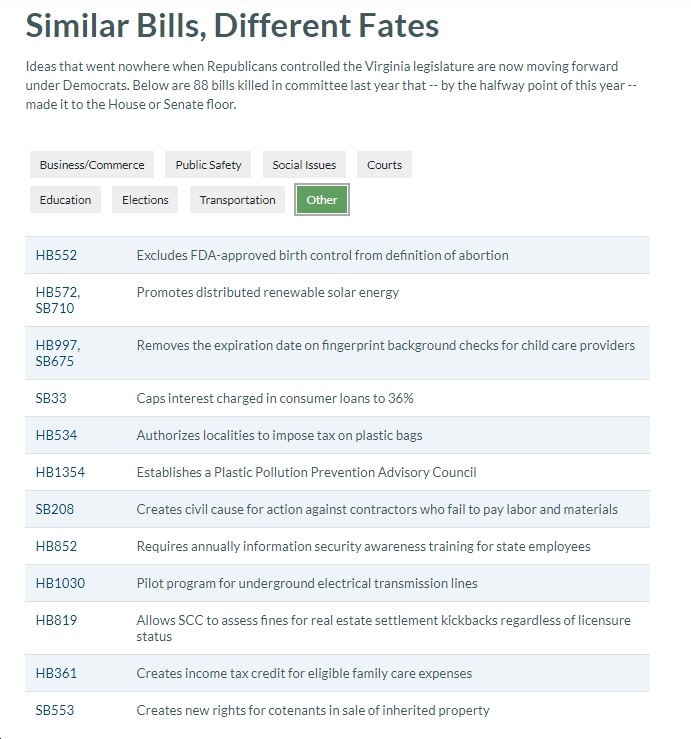