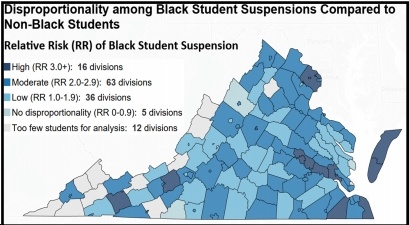 This month’s edition of the Virginia Department of Educations’ Quarterly Research Bulletin – click here or see it embedded, below – looks at a very important issue, namely “the school-level relationship between teachers’ race and rates of exclusionary discipline, particularly among Black students.” A few key findings of the bulletin are as follows (bolding added by me for emphasis):

Fascinating stuff, and it made me curious to find out more. So I ended up talking with my friend Atif Qarni, who is Virginia Secretary of Education, for a while about this topic. Not surprisingly, given his intense focus on and expertise in education, Secretary Qarni had a lot of thoughts. But first, check out the following tweets, about Qarni and Gov. Ralph Northam “spen[ding] 30 minutes talking with [Fairfax County Public Schools] middle & high school Civics & govt teachers” earlier today “during their State Govt in Action visit to Richmond” earlier today. 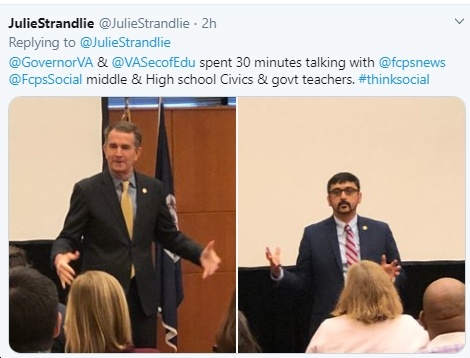 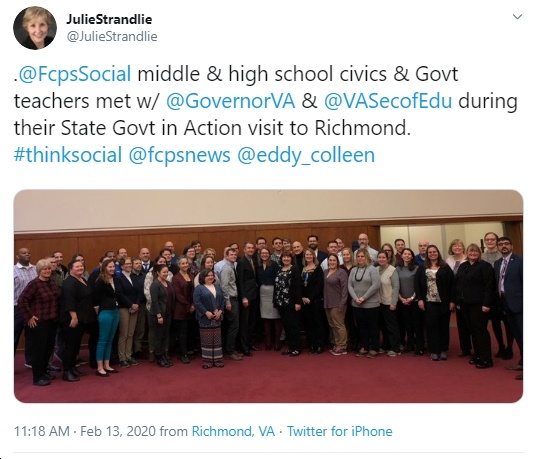 One thing from that photo which jumps out is the relative lack of racial and ethnic diversity. Why is this the case?  Secretary of Education Qarni talked about this, as well as the exclusionary discipline report, in our lengthy conversation earlier this afternoon. Here are some highlights.