At long last, the 2020 Democratic presidential nominating contest is about to *really* get going, with the Iowa caucuses taking place this Monday…followed by New Hampshire on February 11, Nevada on February 22, South Carolina on February 29, and “Super Tuesday” (including Virginia) on March 3. At this point, I still haven’t picked a candidate, and honestly am focused 99% on just beating Trump, no matter who Democrats end up nominating. Because, in the end, that’s really the most important thing, as far as I’m concerned, because if we lose this election, we’re really in deep, deep shit. On that pleasant note…who do you support for the Democratic nomination to beat the “Pile of Old Garbage Covered in Vodka Sauce,” as Trevor Noah calls him? And why?

P.S. As always, this poll isn’t intended to be scientific, but more to get a rough feel for where people are at right now and possibly to get a conversation going. Also, see below the poll for FiveThirtyEight.com’s latest guess at what the candidates’ chances are at winning the nomination… 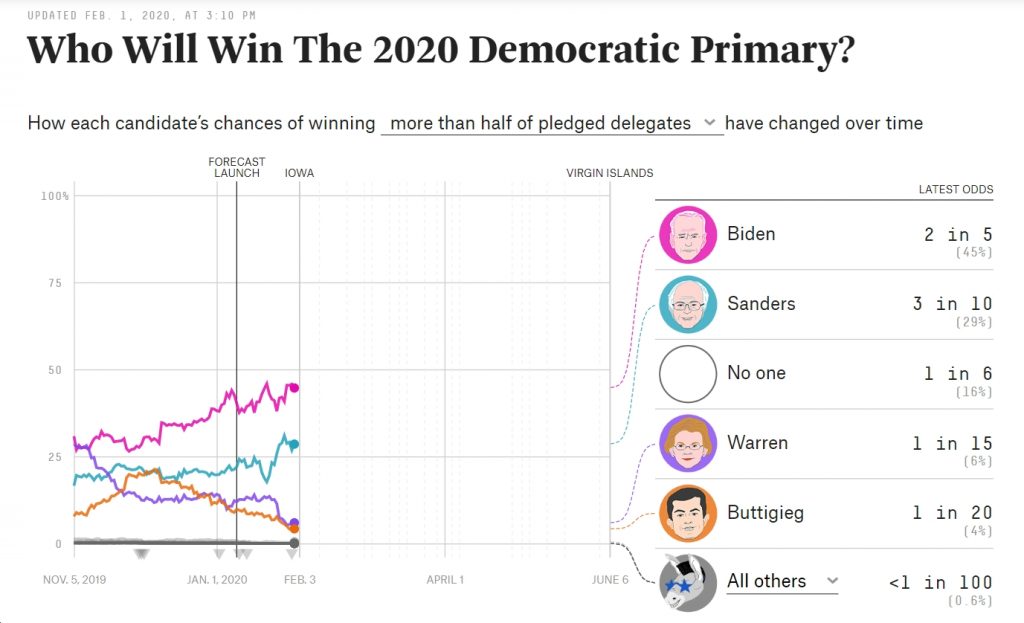