See below for some video of yesterday’s discussion/debate and vote to “carry over” (aka, kill for this session) Del. Mark Levine’s HB177 (National Popular Vote):

“Enters Virginia into an interstate compact known as the Agreement Among the States to Elect the President by National Popular Vote. Article II of the Constitution of the United States gives the states exclusive and plenary authority to decide the manner of awarding their electoral votes. Under the compact, Virginia agrees to award its electoral votes to the presidential ticket that receives the most popular votes in all 50 states and the District of Columbia. The compact goes into effect when states cumulatively possessing a majority of the electoral votes have joined the compact. A state may withdraw from the compact; however, a withdrawal occurring within six months of the end of a President’s term shall not become effective until a President or Vice President has qualified to serve the next term.”

The discussion/debate was interesting and, at times, entertaining. 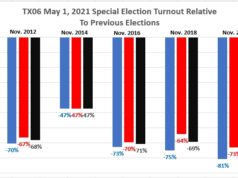 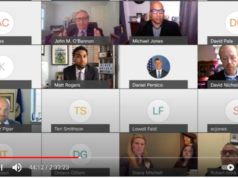 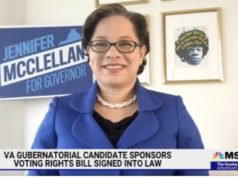