Prior to reporting, as you can see from the following video, there were many speakers for and against those two bills, with the VCEA supported by a broad coalition of environmental and clean energy groups, plus – kind of astoundingly, if you think about it – Dominion Energy, Washington Gas, and Appalachian Power. As for the GND, speakers in support included numerous environmental advocates – from the Sunrise Movement, Sierra Club, Chesapeake Climate Action Network (CCAN), etc. – while opponents included, unsurprisingly, natural gas industry interests (e.g., the Virginia Oil and Gas Association, Virginia Natural Gas, Washington Gas, Columbia Gas) plus the electric co-ops, Municipal Electric Power Association, Virginia Chamber of Commerce, etc.

What that mix of speakers indicates politically, by the way, is that it appears highly like the VCEA – as well as numerous other clean energy bills – will end up passing the Virginia General Assembly. As for the GND, it almost certainly will *not* pass the Virginia General Assembly (we’ll see soon enough, given that the key “crossover” day is just six days from now), but clearly the push for an approach like the GND is *not* going away. 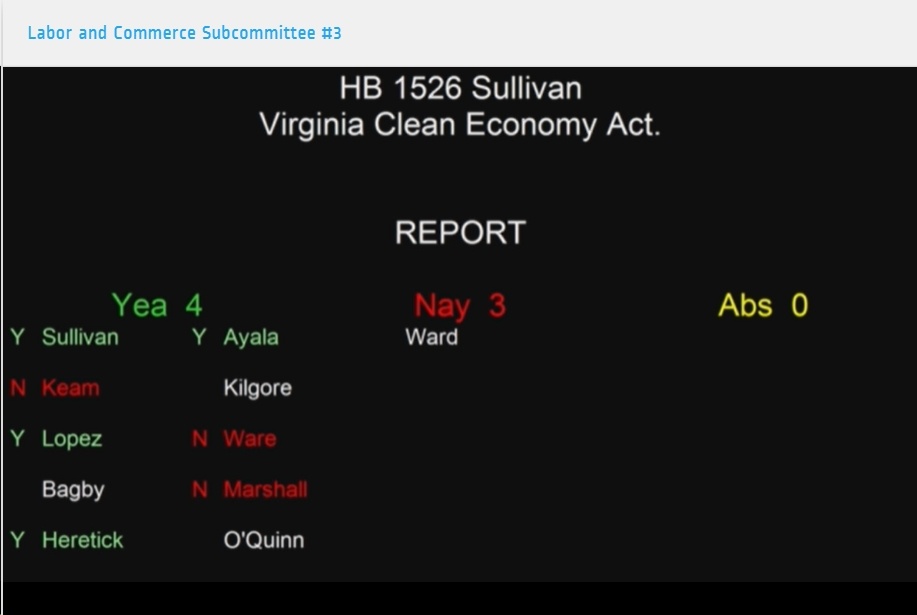 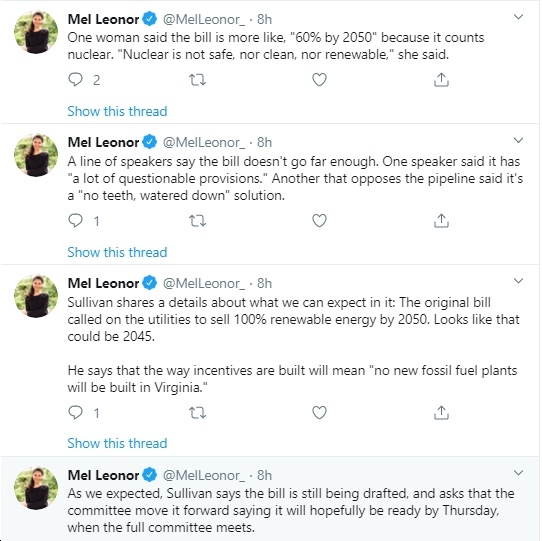 This is the line in support of HB 77.

Many folks waited 14+ hours to testify for a plan that will address the inequity and climate crises properly. #GNDVA #GND pic.twitter.com/FWmagKjScV 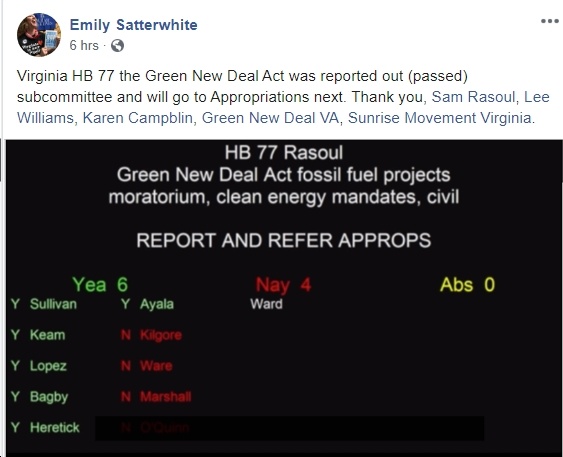 The Green New Deal Act, HB 77, passed out of subcommittee!

Thanks for the support from @SunriseVirginia, @GreenNewDealVA and the 60+ coalition group members for pushing this bold plan to address the inequity and climate crises.