While the national news has centered this week on the Iowa Caucus, the State of the Union, and impeachment, here in the Virginia General Assembly we have been focused intently on our work as crossover looms next Tuesday. Crossover is the day by which the House and Senate must act on all of the bills in their respective chambers before they “cross over” to the other side for consideration. As an example of how busy we are, the energy subcommittee I chair had a meeting on Tuesday that ran until nearly midnight, followed by a 7:30 am (and successful!) bill presentation the next morning. 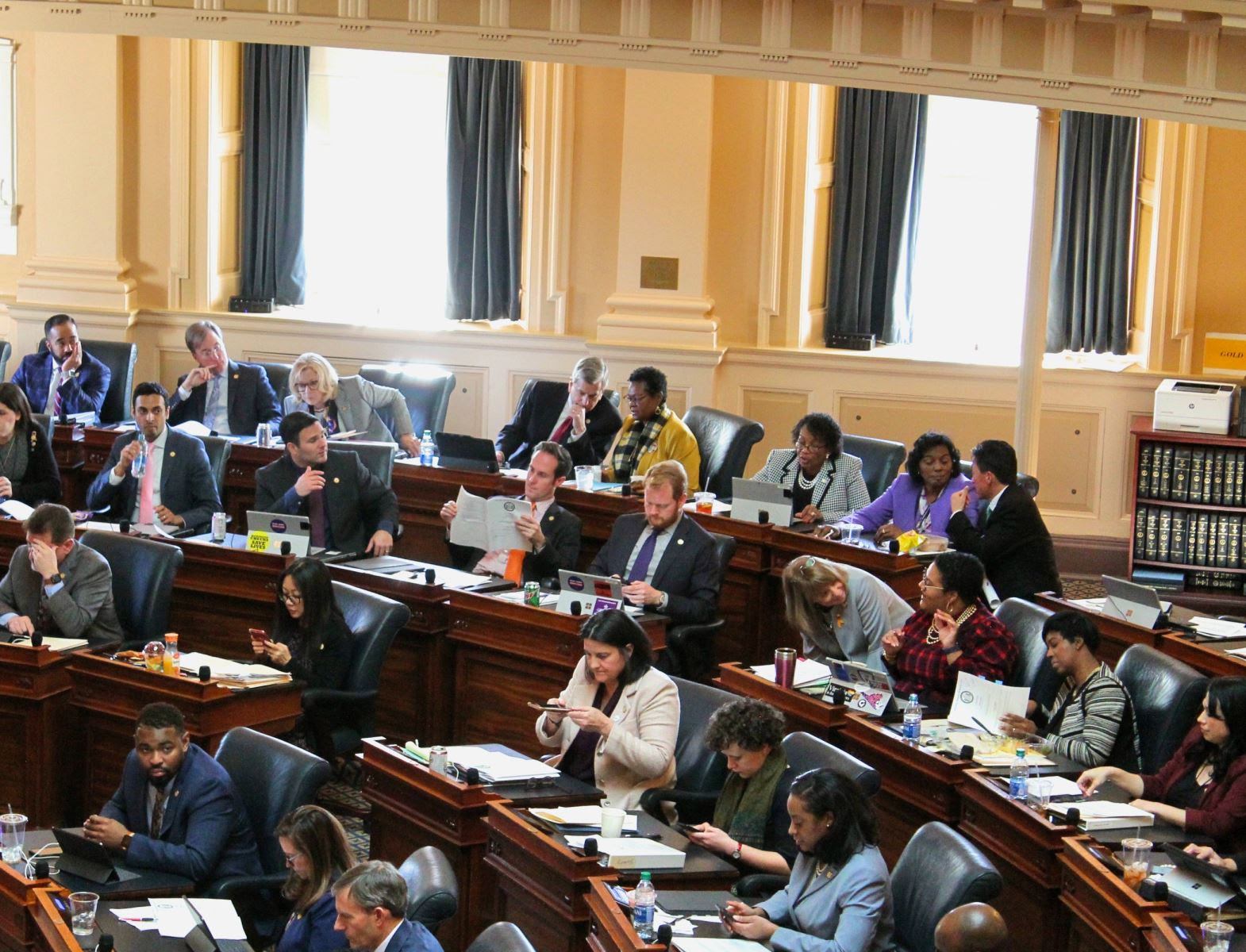 The House unanimously passed my bill, HB460, early this week. This bill provides compensation for Mr. Winston Lamont Scott, who was wrongfully convicted of rape in 1976 when he was 19 years old. He spent five years in prison for a crime he never committed, and in his words, it “ruined [his] life.” Mr. Scott was granted a writ of actual innocence by the Virginia Supreme Court last year, finally clearing his name after 43 years. 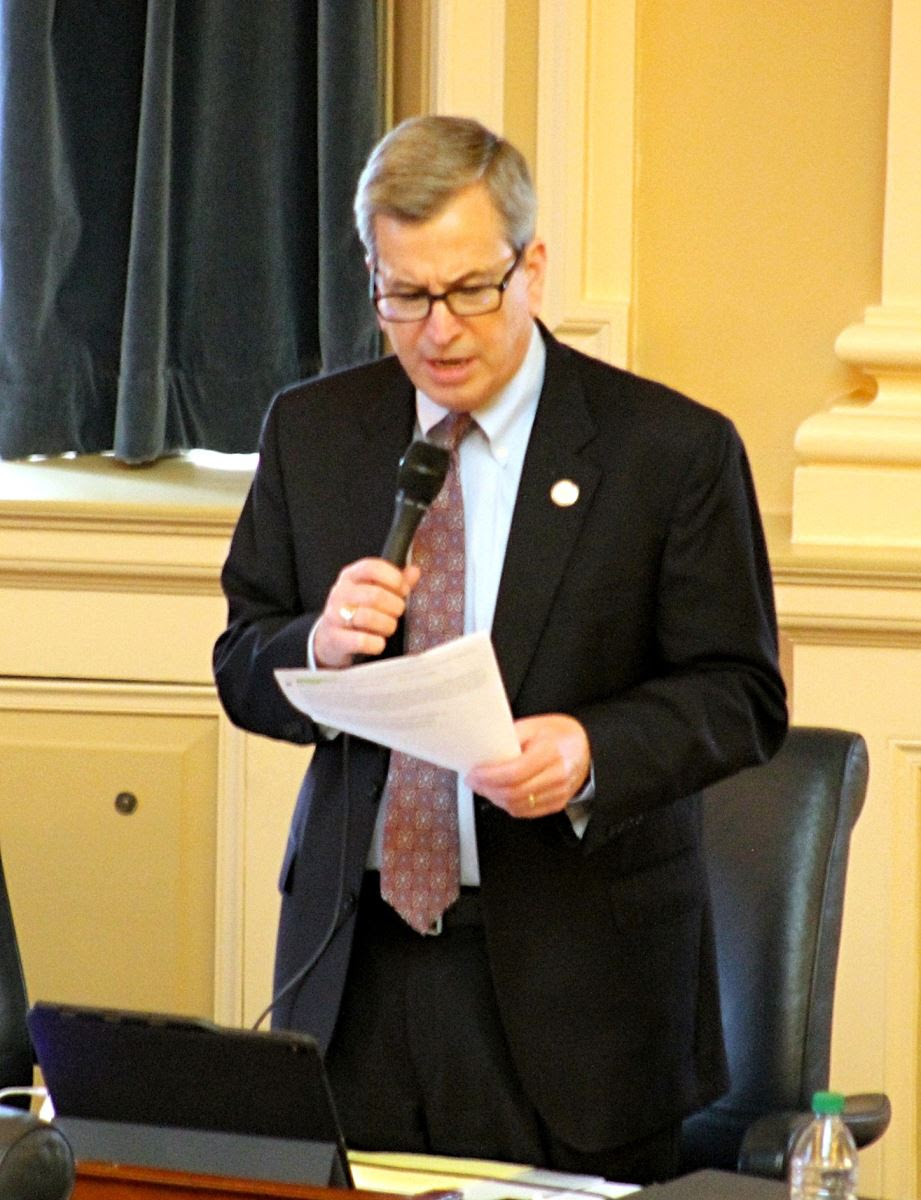 I encourage you to click here to watch my presentation of Mr. Scott’s story to an Appropriations subcommittee. No amount of money can make up for the five years of Mr. Scott’s life, and the effect it had on his entire life, but I am glad to lead the effort in the General Assembly to try to rectify this injustice.

I also presented a bill to the Appropriations’ Study Subcommittee that would create a task force to study the severe shortage of Sexual Assault Nurse Examiners (SANE) in Virginia. Studies and news articles have shown that the Commonwealth’s relatively few number of SANE nurses can result in sexual assault survivors being forced to drive hours to access staff who can properly administer a rape kit. It has also been found that a lack of SANE nurses may substantially reduce the number of women and men who choose to report their attacks to law enforcement. It is my hope that this task force will develop legislative recommendations so that we can provide better and much-needed support for victims of sexual assault in Virginia. The bill was reported out of the Study Subcommittee unanimously. 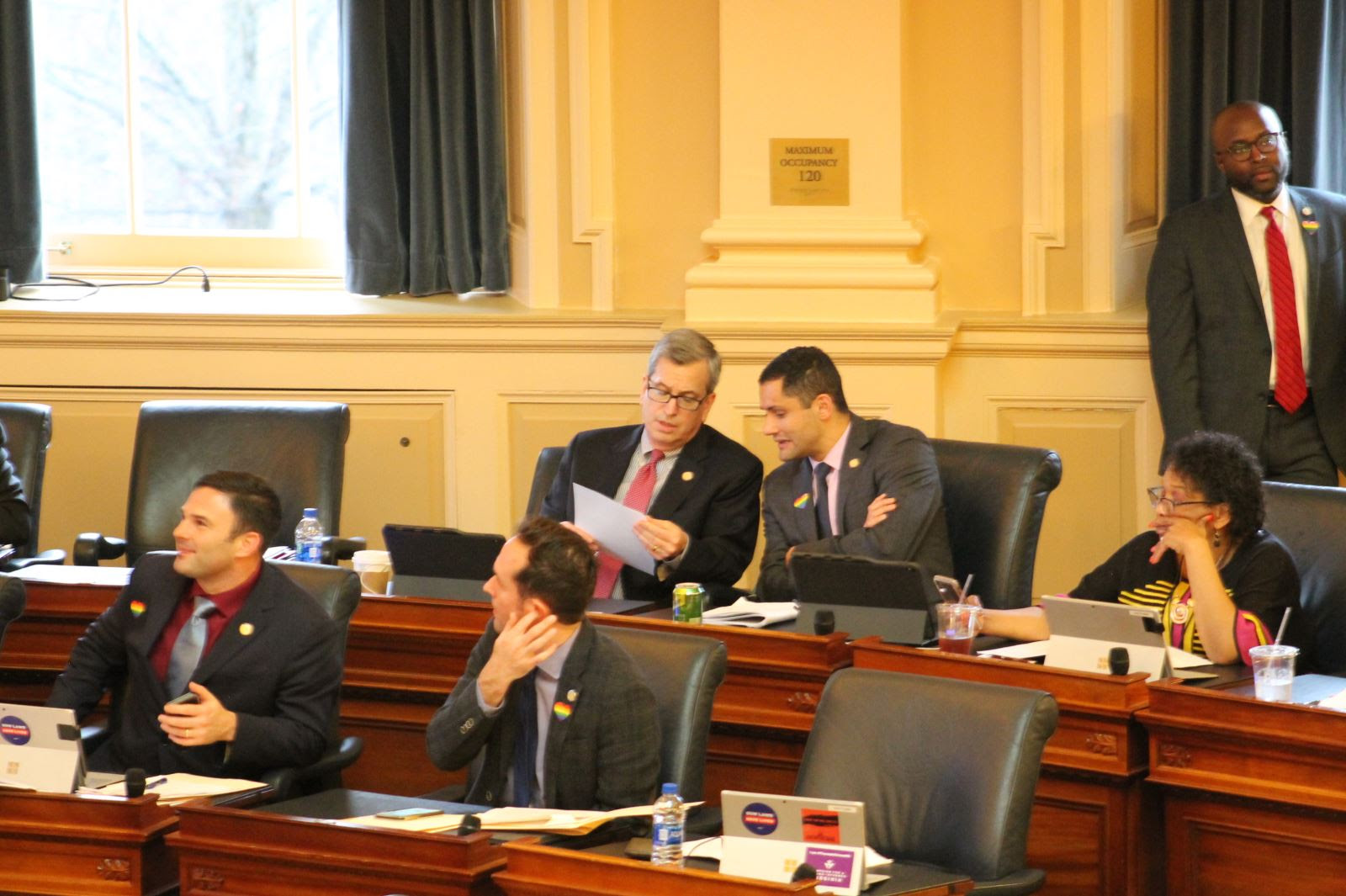 As Chairman of the Labor and Commerce’s Energy Subcommittee, I was particularly pleased to see the following bills that I helped shepherd through my subcommittee pass the House this week: 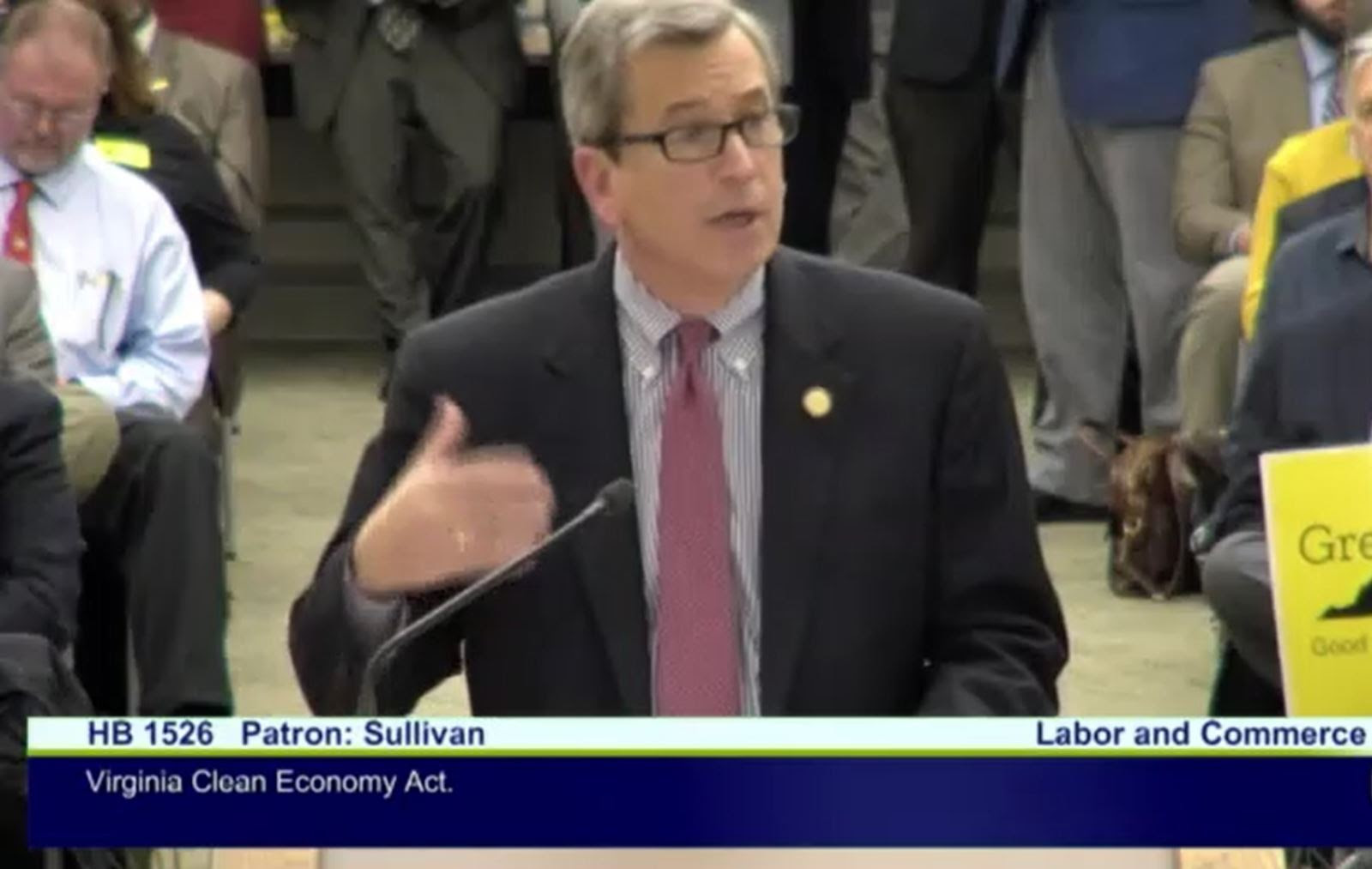 My omnibus bill to promote renewable energy and energy efficiency, the Virginia Clean Economy Act (HB1526), successfully passed the full Labor and Commerce Committee on Thursday. The VCEA is the product of months of hard work and determination, and it will mark a historic and unprecedented step forward for Virginia on energy policy if passed by the General Assembly.

With the climate crisis intensifying, the Virginia Clean Economy Act is our Commonwealth’s best shot at shifting away from fossil fuels and reducing our energy consumption so that we can successfully reach zero carbon emissions by 2050 (in Dominion’s territory, the required date is 2045), all while ensuring that traditionally under-served communities are not left behind by the transition. The landmark bill, supported by numerous businesses, large and small, and an unprecedentedly broad coalition of environmental groups, will also create thousands of jobs in the solar and wind sectors in which Virginia has lagged behind. It is headed to a vote on the floor next week.

Click here to watch my presentation of the Virginia Clean Economy Act to the Labor and Commerce Committee.

The House passed numerous bills this week that will tangibly improve Virginians’ lives. HB395, for example, raises the minimum wage from $7.25 per hour to $9 per hour. The hourly wage has not been raised in over a decade, and the current minimum wage is simply not high enough for many hourly workers given the cost of living in Northern Virginia.

We also passed a bill to cap co-pays at $30 per month for a 30-day supply of insulin. The price of insulin has skyrocketed over the last decade, leading many patients to skip taking their much-needed medication for periods at a time. This bill is a critical step forward to ensuring that Virginians do not have to choose between putting food on their table or taking this life-saving medicine.

Making access to the ballot box easier has always been a priority of mine, and has been a major priority for Democrats this session. A bill, HB108, that I strongly supported in the Rules Committee, passed the House this week which will remove Lee-Jackson Day as a state holiday, and instead make Election Day a holiday. This important bill accompanies a number of pro-voter measures recently passed by the House, including HB1, which allows for no-excuse early voting, and HB207, which allows voters to essentially enroll in a permanent “vote by mail” program without having to fill out the absentee ballot request year after year.

Click here to read the House Democratic Caucus’ statement in which I am quoted on the subject. 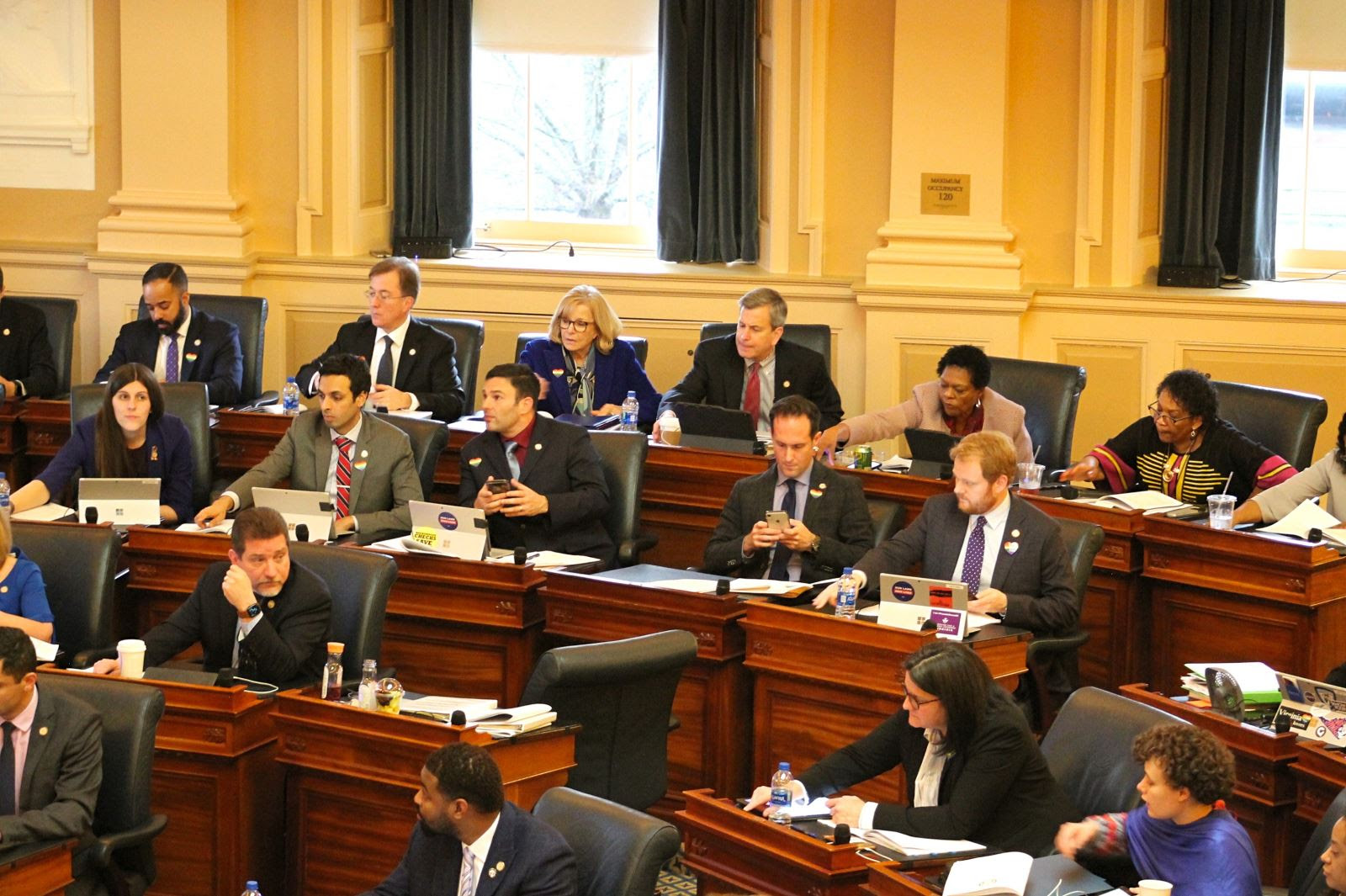 In addition to hundreds of other great bills, the House passed:

It has been a remarkable session so far. Stay tuned for more.