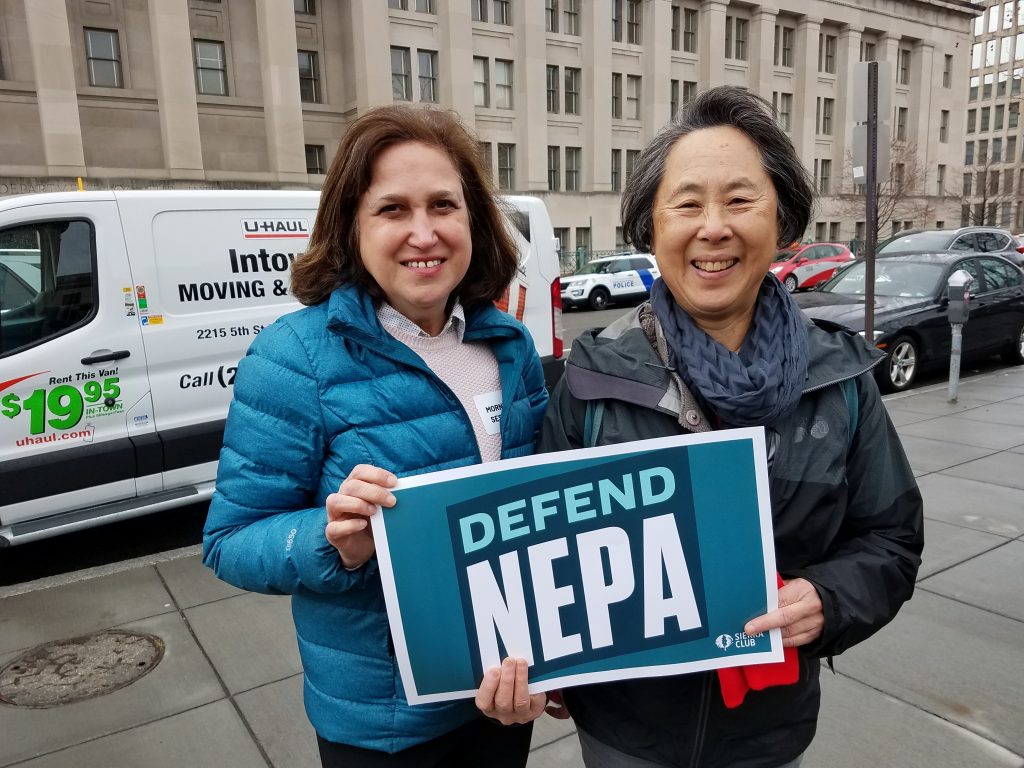 From the Virginia Sierra Club:

Washington D.C. – The Trump administration released a proposal to take a wrecking ball to one of our foundational environmental laws, the National Environmental Policy Act (NEPA). The latest proposal represents another handout to polluters. The proposed changes call for expediting major federal actions like new drilling, mining, and unnecessary development of new fossil fuel infrastructure and directs our agencies to ignore the impacts of climate change and our health.

At present, the NEPA requires completion of a rigorous environmental review that incorporates the concerns of local communities and determines whether a proposed infrastructure project may have a significant environmental impact. NEPA promotes environmental justice by requiring federal agencies to study and disclose a proposed project’s potential environmental, economic, social, and health impacts on low-income, minority, and rural communities. It also provides opportunities for meaningful input from those affected communities.The Trump administration is seeking changes to current NEPA policy that would rollback necessary protective measures of the approval process, making it easier for polluters to acquire approval absent of diligent oversight.

Shortcutting environmental reviews doesn’t just cost taxpayer money, it jeopardizes worker safety as well as the health of our local communities. As sea levels continue to rise and extreme weather events become more frequent, NEPA ensures our roads, bridges, and other infrastructure are engineered to be more resilient to the increasingly severe effects of climate change.

Quotations from participants at the NEPA hearing and rally:

-“We felt great urgency about coming to the NEPA hearing in person. NEPA’s mission to perform in-depth environmental impact and justice reviews of the ecosystems and communities where polluting infrastructure is planned has already been greatly diminished. Now, at stake are very public comment periods where independent scientific experts and impacted peoples bring factual evidence of these impacts and injustices to decision-makers — to directly to counter biased industry sponsored data that erases these harms. These protections need to be strengthened not eliminated,” says Lakshmi Fjord, Heidi Dhivya Berthoud, and Swami Dayananda with Friends of Buckingham.

-Lakshmi Fjord, anthropologist: “We beg you, please reinforce what’s already there. Do not take away any of these protections.”

-Joelle Novey, Director of Interfaith Power and Light, regarding the proposed changes: “it’s wrong and it stinks.”

-Vickie Wheaton, nurse, regarding the impact of proposed changes on disadvantaged communities: “when the needs of a few are valued over the needs of the many, it never goes well.”

-Dr. Mildred McClain of Savannah’s Harambe organization. “We will not be silent…NEPA is our tool, it’s the people’s tool…we are going to fight, fight, fight for our environment.”

A public-facing link to photos from the rally and hearing: https://drive.google.com/drive/folders/1oDFQ7jOHoUJqCvtGorFpC0eCXgTlrEQW?usp=sharing 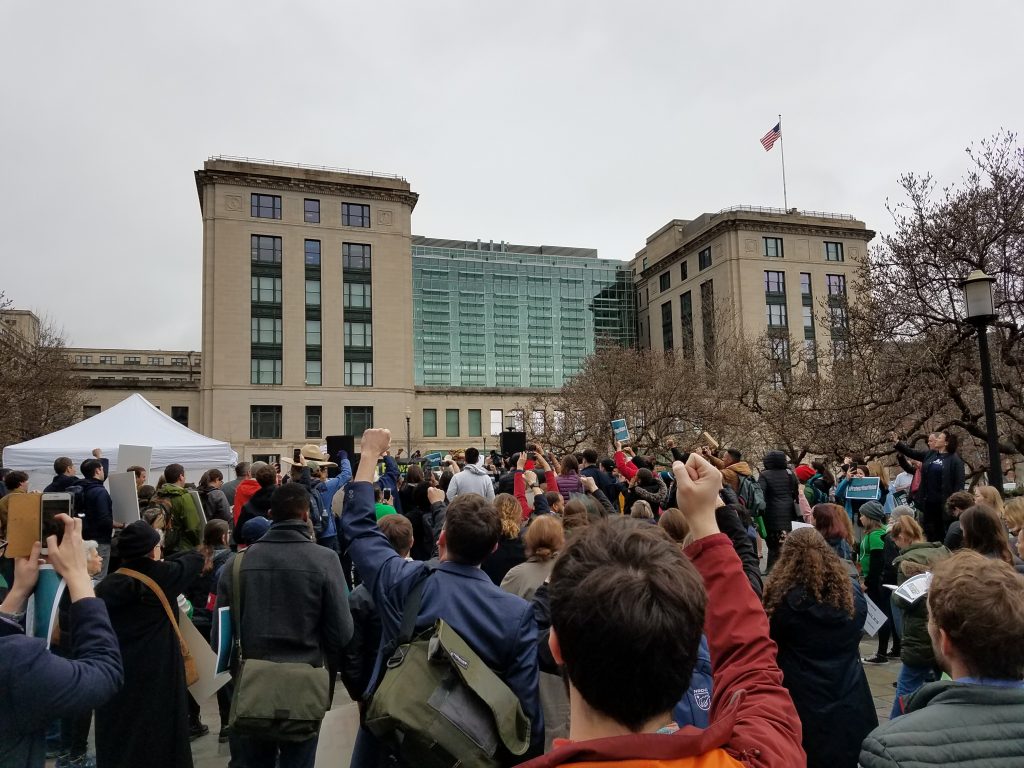 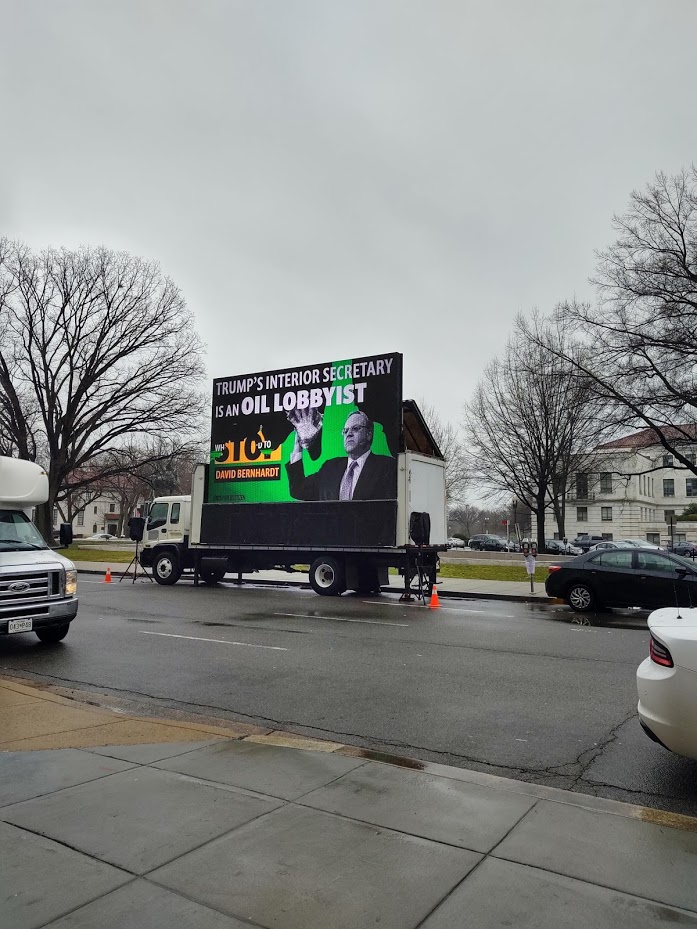 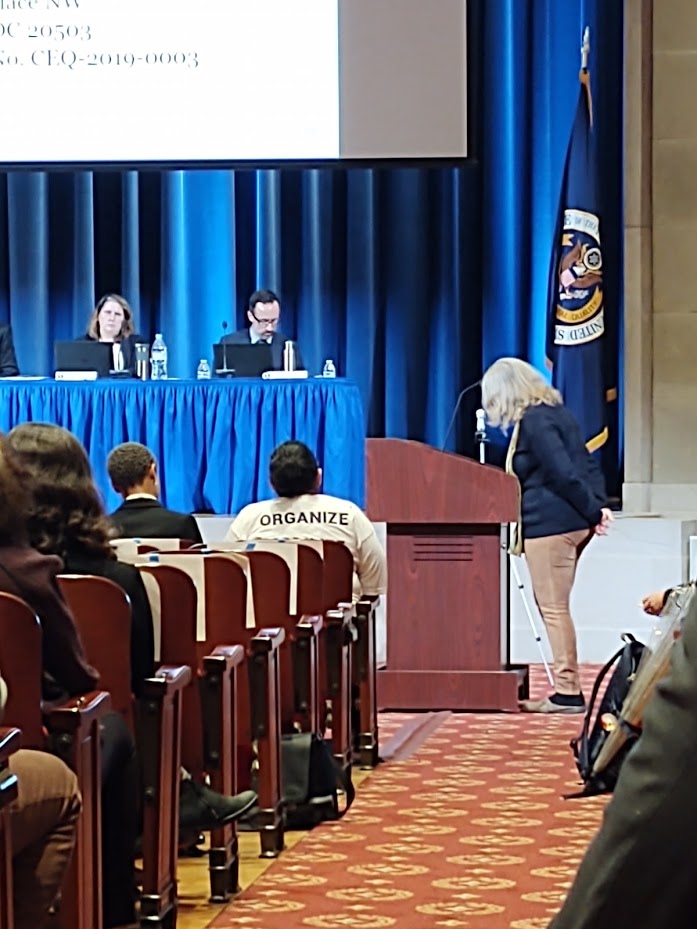 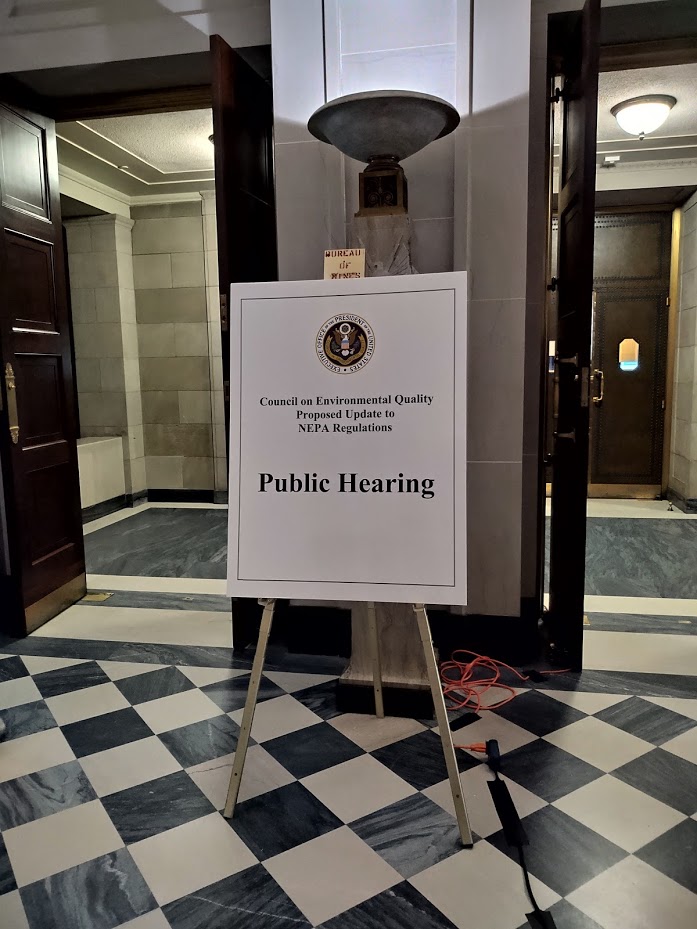