This past summer, there was an incident on a cruise ship that has many people wondering who is liable when a wrongful death occurs on a cruise ship. In July of 2019, Chloe Wiegand, an 18-month old toddler, was on a Royal Caribbean cruise ship in Puerto Rico with her family. Tragically, Chloe fell out of a window while on the cruise, and dropped 150 feet to her death. Now, her family is suing the cruise ship company, but others are questioning if they are really the ones to blame.

Whether a particular passenger or the Royal Caribbean cruise line is responsible is what is being brought into question. The plaintiff in this case, Chloe’s mother, states that it is irresponsible to have the 11th floor of any ship surrounded by windows, particularly when they could open onto such a severe drop. She is also stating that the cruise ship’s windows were not compliant with industry standards. In her complaint, she included photos of newer and older cruise ships that are in compliance to argue her point.

However, the story does not end there. It turns out that Chloe’s grandfather, Salvatore “Sam” Anello, may have displayed negligence, as well. He held Chloe up to the window, thinking it was closed at the time, when it was not. Although the windows are tinted, Anello claims that he is color blind and so, he could not decipher the fact that the window was open. After holding Chloe up to the window, she slipped through his fingers and fell. He is now facing misdemeanor charges of negligent homicide in Puerto Rico.

So, who is to blame for this tragic incident? No one may know until the lawsuit is over, and Anello has had his day in court. 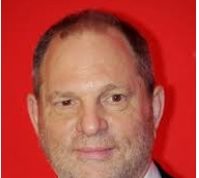