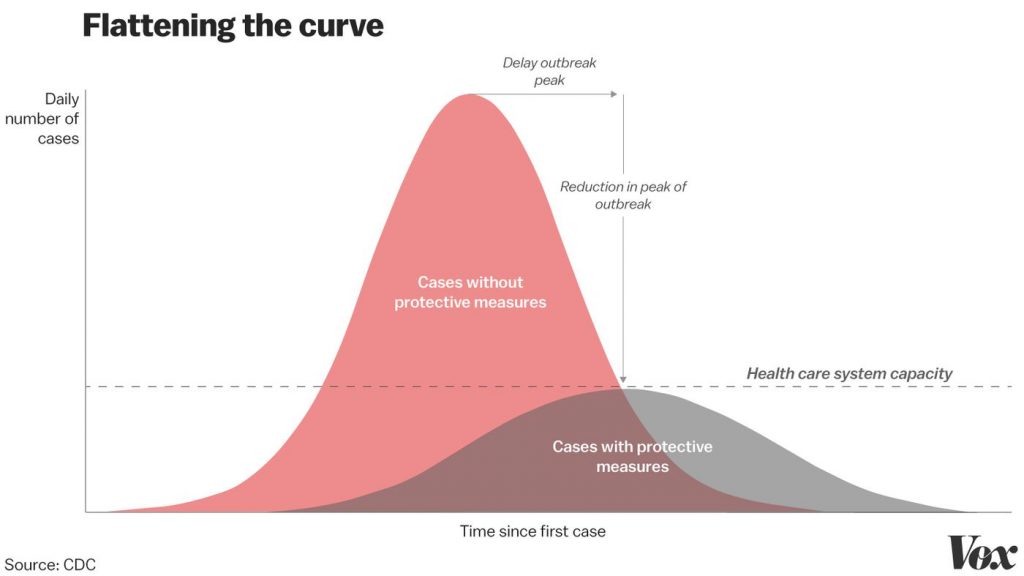 As we respond aggressively, and for good reason(s), to the Coronavirus crisis – social distancing, stay-home orders, massive economic rescue packages, the race for treatments and a vaccine, etc, etc. – it’s striking how we haven’t had a similar reaction to what is, in many ways, an even (far) more threatening crisis. That would be the climate crisis, and unlike the Coronavirus – which sucks, for sure, but which can be managed and, ultimately, resolved without utter disaster – radically heating up the planet threatens unmitigated, massive global catastrophe. As this article puts it:

“[A]t the time of this writing, the total deaths from COVID-19 are less than 9,000 — it is the terrifying computer model predictions of much larger numbers that have alerted governments to the need for swift action, despite the disruption this is causing to everyday life.

Yet computer models of climate change also predict a steady march of increasing deaths, surpassing 250,000 people per year within two decades from now.“

In other words, the climate crisis poses a *much* greater risk to our species, not to mention every other species on the planet, than Coronavirus does. And yet we’re reacting far more aggressively and rapidly to the latter than to the former. The question, as Greentech Media puts it, is:

“[W]hy aren’t we reacting as aggressively to climate change — another human-propelled global catastrophe that could harm human health and well-being for generations to come?”

The answer, in short, includes elements of the following factors: 1) to many people, the climate threat “feels distant” (although it most certainly isn’t distant…it’s happening big time *right now* and requires aggressive action *right now*); 2) the response to the climate crisis is “not proportionate to the magnitude” due to humans consistently misjudging risk (overestimating in many case, underestimating in the case of the climate crisis)…”we as human beings…are not well calibrated” to do this well; 3) there’s a partisan divide and “tribal identity,” wherein an issue that shouldn’t be politically polarized *becomes* politically polarized (in this case, conservatives are wildly at odds with the science, which says that human activity absolutely *is* causing the climate crisis, while liberals are largely in sync with the science).

Also, add in the fact that COVID-19 is a fast-moving threat with “a timescale of weeks rather than decades away for climate change — this is not a problem for future generations, but for everyone living now.” And there’s also “instinctive fear,” in which “COVID-19 is deadly in a way that is frightening on an instinctive, personal level.” The result: “abstract connections between emissions and these mortal dangers prevents global climate change from achieving the urgency that the virus has, making everyone more reluctant to accept difficult policy choices.”

So there are a number of powerful, ingrained reasons why we are reacting so much more aggressively to the Coronavirus than to the potentially orders-of-magnitude-more-disastrous climate crisis. And, just to be clear, we *should* be reacting aggressively to the Coronavirus and other potential pandemic threats. But we *also* should be reacting aggressively – arguably far more so, given its far greater disaster potential – to the climate crisis. That means, for starters, that we should start by working urgently – just as we’re doing with Coronavirus – to “flatten the curve” with regard to the climate crisis. As the Australia-based website Renew Economy puts it (“Covid and climate: Can Morrison listen to experts to flatten that ‘other’ curve?”):

This Critical Week for the containment of Covid-19 Australia – we’ve all seen that J-curve that the government says is important to flatten – is the Critical Decade for climate policy, the small window when we had our best chance of limiting dangerous global warming to around 1.5°C.

And again, we should be approaching all of those policies with the same, or even greater, urgency than we’re currently doing vis-a-vis the Coronavirus crisis. Speaking of which, it should be an absolute no-brainer to make Coronavirus recovery plans sustainable. As International Energy Agency head Fatih Birol has called for.

“I am talking with several governments and international financial institutions leaders because they are all busy designing stimulus programmes for the economy – the plans they will put together will be extremely important,” he said.

“This is the reason I am telling them that we can use the current situation to step up our ambition to tackle climate change.”

Birol said he had urged political and global financial leaders to design “sustainable stimulus packages” that focus on investing in clean energy technologies and accelerate the transition away from fossil fuels.

“This is a historic opportunity for the world to, on one hand, create packages to recover the economy, but on the other hand, to reduce dirty investments and accelerate the energy transition,” he said.

Note that interest rates right now are super low, which means – as Adam Siegel pointed out the other day that the Coronavirus crisis also could be an “opportunity” to accelerate the clean energy transition:

Using these sort of rough rule-of-thumb guidance, consider just one arena: offshore wind. In Massachusetts, Mayflower Wind has now come in lower than expected, 5.8 cents per kilowatt hour (kWh) (below the targeted 6.5 cents per kWh). With a reverse auctioning process, Virginia’s offshore wind (with the exact same financing structures) should come in below that…

Low interest rates have made it even cheaper and fiscally advantageous to accelerate that transition.

In sum, right now we can and should be working to “flatten the curve” on the climate crisis, just as we’re doing – albeit over a shorter time frame – for the Coronavirus “curve.” Given all the advantages, and essentially no disadvantages (unless you’re a fossil fuel corporate executive or the bought-and-paid-for politicians who do your bidding), what on earth are we waiting for? 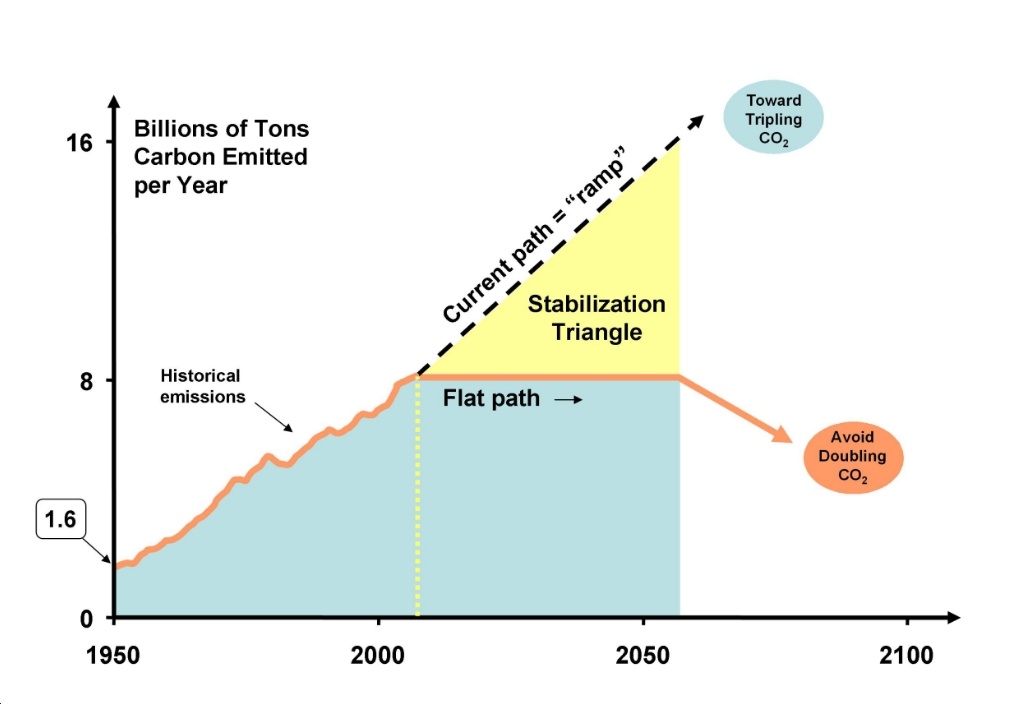