Now, obviously, a *lot* of that was due to the massive anti-Trump backlash here in Virginia (and across the country) starting in early 2017, so one could say that Southerland was lucky. Of course, that reminds me of the cynical expression in politics, that “when you win everyone thinks you’re a genius, when you lose you’re an idiot.” Except that, from everything I hear, Southerland was someone who – to use another cliche – “made his own luck,” in the sense that he worked hard and smart to put the right pieces in place to fully capitalize any “wave” that might occur. Which, in the end, is really all you can do in that position, and in life generally.

I’ll just add thanks on a job well done and best wishes. And, obviously, Southerland’s departure means they’ve got big shoes to fill at the VA House Democratic Caucus! 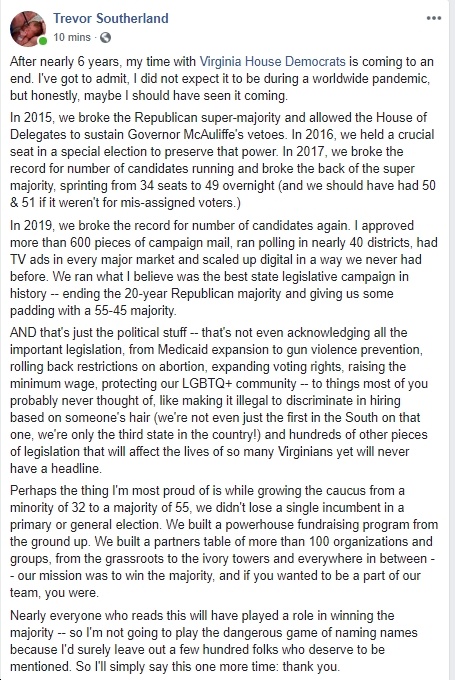