See below for some interesting stats, courtesy of @VACapitolSquare. For the source of these numbers, see the Virginia Legislative Information System (LIS) page on committee and floor votes taken by State Senators this session and in past sessions. Also, see my comments, below each screen shot… 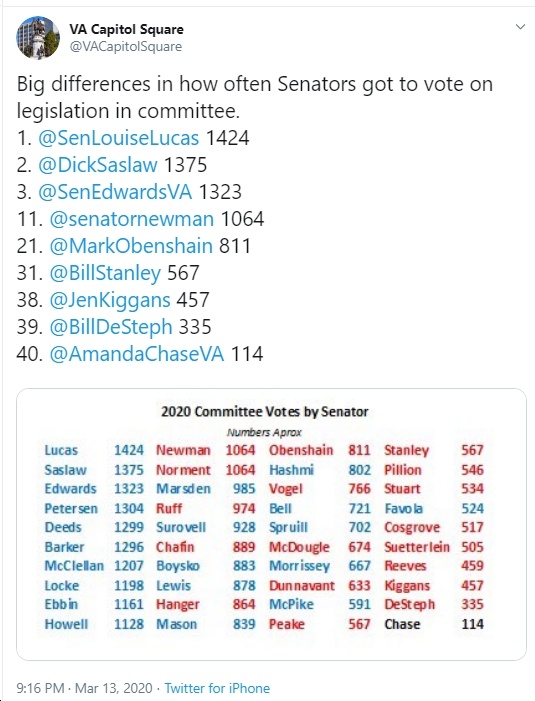 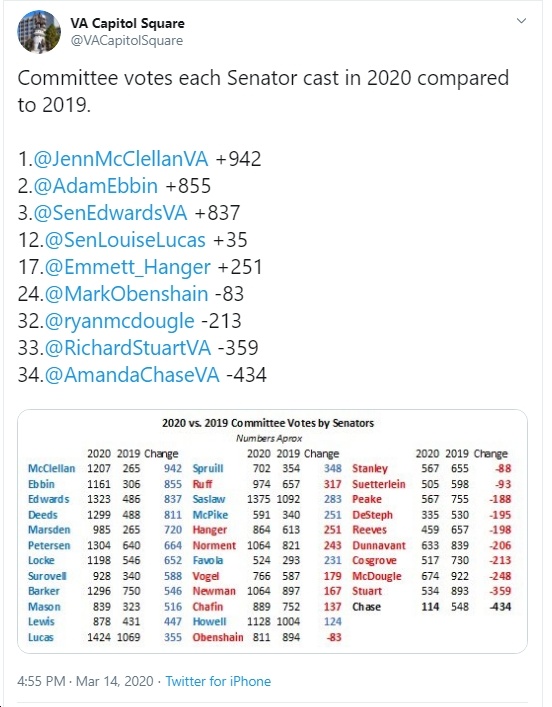 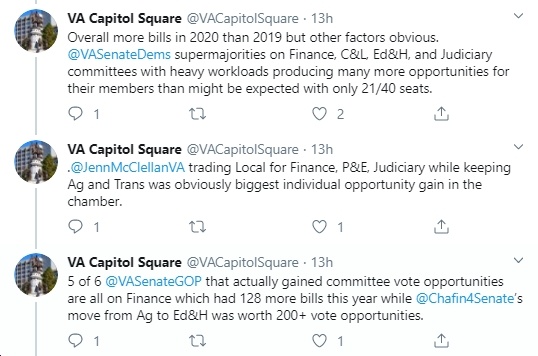