(Charlottesville, Va.) — With COVID-19 outbreaks growing in Virginia’s prisons, jails, and juvenile detention centers, Virginia legislators are calling on Governor Northam to use his full executive authority to release more people from incarceration.

“Just like college campuses and nursing homes, these institutions are in danger of becoming COVID hotspots,” said the open letter signed by six Senators and nine Delegates from across the Commonwealth. “The close quarters and constant churn breed infections even under the best conditions, and many of our jails and prisons fall well below that standard.”

At his regular Friday press conference, Governor Northam announced plans to ask the General Assembly to grant the DOC greater discretion to release inmates. “We appreciate the Governor’s call for legislative action,” said Delegate Sally Hudson, D-Charlottesville, “and we plan to support it when the Assembly reconvenes on April 22nd, but we can’t wait that long to act. Twelve days is an eternity in a pandemic. The Governor has executive powers he can use to save lives now.”

The open letter calls on Governor Northam to hasten release from carceral facilities by:

The full letter is available here: bit.ly/vacovidrelease. The letter will be updated with additional signatories as more legislators announce their support.

Throughout the COVID-19 pandemic, your Administration has maintained a clear message: the best way to combat the outbreak is social distancing. To limit infections and flatten the curve, we have to keep people apart.

Though most Virginians are heeding your order to stay home, some of our most vulnerable residents can’t. More than 57,000 Virginians are incarcerated in prisons, jails, and juvenile detention centers. Just like college campuses and nursing homes, these institutions are in danger of becoming COVID hotspots. The close quarters and constant churn breed infections even under the best conditions, and many of our jails and prisons fall well below that standard. Some facilities are overcrowded at twice their official capacity. Others have well-known records of substandard medical care. Many already have confirmed cases among those incarcerated, including prisons in Goochland and Chesterfield, a jail in Fairfax, and the Bon Air Juvenile Correctional Center. Even more have positive tests among staff. These facilities are deadly hotspots waiting to happen, and their outbreaks will accelerate the strain on our entire healthcare system.

There is only one solution — releasing more people — and we implore you to pursue it with all your authority. No other effort to relocate or quarantine infected inmates will slow the outbreak faster or save more lives. That’s why we urge you to enact the following measures:

The Secretaries of the Commonwealth and Public Safety have argued that the Governor cannot pardon categories of people given the Howell v. McAuliffe decision. We do not find adequate support for that reading. The Court observed, “Never before have any of the prior 71 Virginia Governors issued a clemency order of any kind […] without regard for the nature of the crimes or any other individual circumstances relevant to the request.” Our request clearly outlines specific individual circumstances relevant to granting pardons during this pandemic.

Both Secretaries have also identified two administrative hurdles to granting clemency: Parole Board review and victim notification. We believe both steps can be expedited.

For the remaining one in four youth in DJJ custody for whom judges have prescribed determinate sentences, the DJJ still has strong persuasive authority to recommend that courts suspend the remainder of those sentences under the Serious Offender statute. The Governor should direct DJJ to recommend that courts release determinately-sentenced youth who satisfy the criteria above, as well.

The Governor should also direct DJJ to halt any new admissions to carceral or congregate facilities unless a direct, imminent, and specific threat to others is identified. And, in all cases, DJJ should collaborate with families and communities to assure safe and supportive transition plans that protect the health and safety of the youth and all involved.

Specifically, the Governor should:

Our public officials have a moral obligation to use their considerable power to recommend release for pretrial detainees, vulnerable inmates, and those nearing their release date wherever possible. As representatives of our respective communities, we stand ready to assist you in rallying our fellow elected leaders to meet the standards that you set.

All of these steps — early release, parole, clemency, bond determinations, and the discretionary release of youth — are concrete ways that state and local officials can confront the pandemic in our prisons and jails. We must use every tool at our disposal to reduce the inmate population and slow the spread of COVID-19. The Governors of Colorado, Kentucky, and Michigan have already acted to accelerate the release of thousands of inmates. Governor Northam must join them in saving lives.

We thank you for your Administration’s tireless work during this crisis, and we are eager to support you in executing this effort however we can. 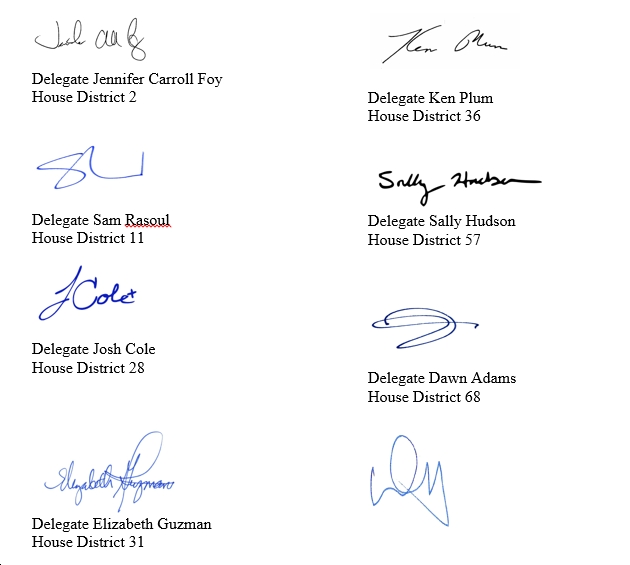 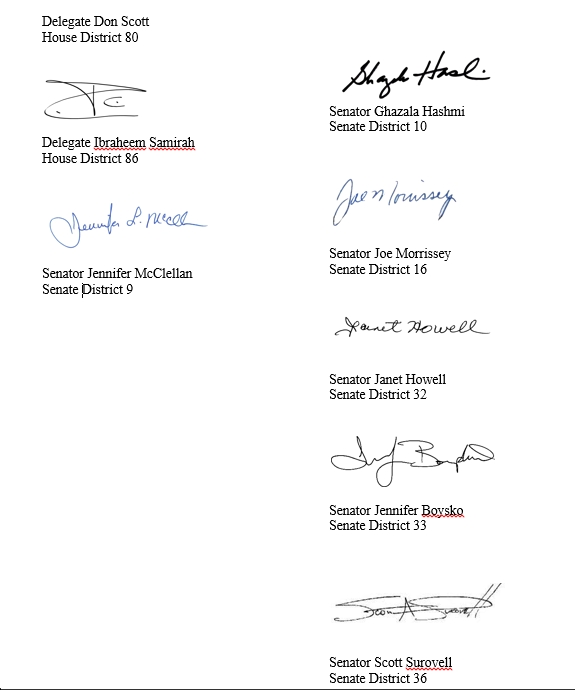 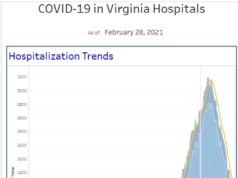 "And things got weird"...but sadly typical for Trump Republicans https://bluevirginia.us/2021/02/video-cnn-interviews-with-speaker-eileen-filler-corn-trump-in-heels-amanda-chase-highlight-the-stark-choice-facing-virginia-voters-in-2021#comment-5286235262