It’s very rare, but once in a while there’s a good article at the right-wing “Bacon’s Rebellion” blog. Of course, that rare good article is almost always by the only progressive “front pager” on the site – Peter Galuszka. In this case, Galuszka writes (bolding added by me for emphasis): 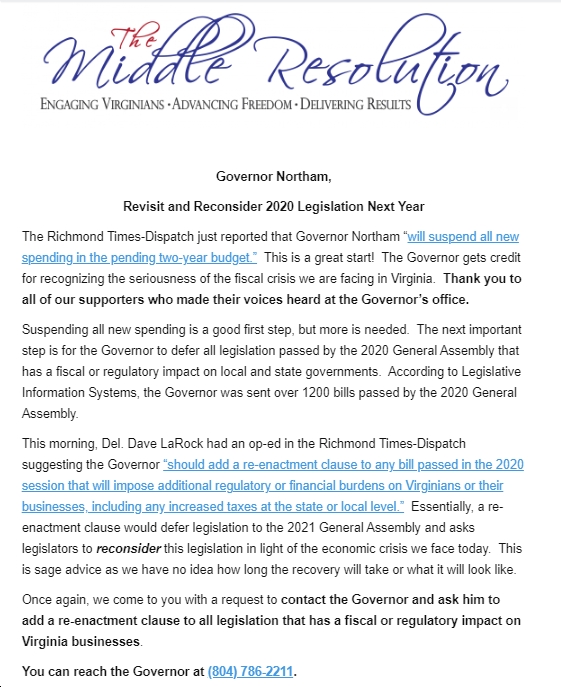 What a bunch of drivel. Speaking of drivel, there’s also the pro-Republican, pro-big-business, all-around-conservative Virginia Chamber of Commerce, calling for…yep, you guessed it, “delaying the enactment of several legislative items passed during the 2020 General Assembly session that would create new burdens for employers when businesses face historic headwinds.”

And of course let’s not forget the right-wing editorial page of the Fredericksburg Free Lance-Star, which recently called for…yep, you guessed it yet again… “veto[ing] these bills to prevent placing any additional financial burdens on the struggling private sector.”

Unsurprisingly, it’s a broken record, and one we’ve all heard before – many times.  Of course, that’s a big part of why the right wing’s messaging is often effective – they understand that a huge part of effective communications revolves around repetition, repetition, repetition. Sort of like how the right wingers have spent decades (falsely/dishonestly) bashing and demonizing “big government,” “job-killing regulations,” “tax-and-spend liberals,” “the liberal media,” etc.

Meanwhile…where has the Democrats’ and progressives’ messaging been exactly? Sad to say, it’s largely been erratic, ineffective, even AWOL. And – perhaps worst of all – sometimes Democrats have even adopted the right wingers’ egregious “framing,” instead of pushing back hard with progressive “framing” of our own. Not to mention the fact that the right wing has a vast messaging machine – radio, TV, print, social media – while Democrats and progressives have…???  Add that all up, and the right wing wins battles it should never have had a chance of winning. Let’s just hope that the next few weeks in Virginia aren’t one of those lost battles.