I’m still scratching my head – and chewing my cud, for that matter – trying to figure out how on earth an *udderly* ridiculous, “dumb-ass bill” (see Waldo Jaquith’s tweet, below) like HB119 – the “milk labeling bill” – by right-wing Republican Del. Barry Knight actually passed the Virginia General Assembly this session. For the record, here’s the vote tally in the House (66-32) and in the Senate (24-16), with moooost Democrats voting to put this bill permanently out to pasture and moooost Republicans – you know, the same people who *claim* to be all about the “free market” and protecting our constitutional rights, voting for this ridiculous, likely unconstitutional (antii-First-Amendment), piece of bovine excrement/bullsh**.

Anyway, fortunately, it now looks like Gov. Northam has vetoed this bill, which would have “made it illegal to sell rice milk, etc. in Virginai with the word ‘milk’ in the product name,” mainly because the “dairy industry is getting scared of non-dairy alternatives, and their solution is to shut down the competition.” Which, among other things, saves us all from…well, having a cow over this! Even better, you can still put soy MILK, almond MILK, or whatever kind of milk you want in your de-CALF. Heh, get it? OK, yeah, enough cow puns this moooorning… 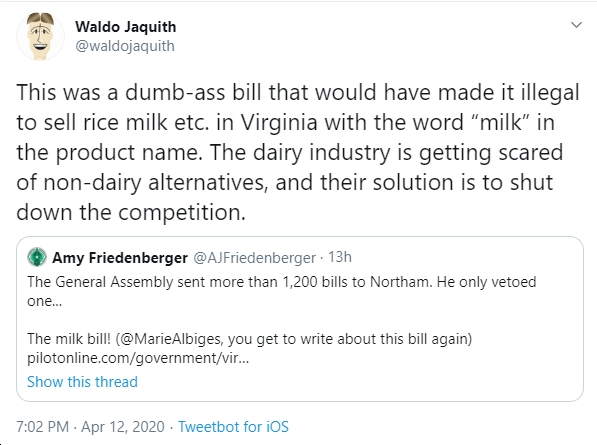 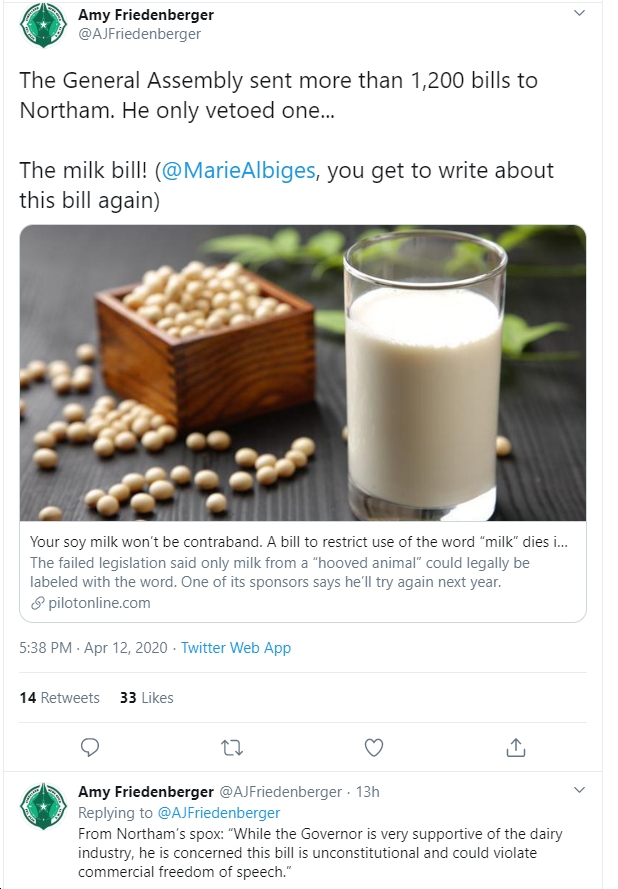