You know how right wingers love to rant about “censorship,” (supposed) infringements on their right to free speech, etc? Well, as usual, that professed principle seems to only applies to speech they agree with.

In that context, on Tuesday of this week, 314 Action launched the ad in seventeen states. As you can hear, the ad hits Rush Limbaugh and Sean Hannity for their attacks on scientists, as well as on their minimization and dismissal of the grave threat that COVID-19 poses. 314 Action says that that they made the buys to coincide with Rush Limbaugh’s show on stations that carry it, including WINC-AM (see lineup, below), which airs Limbaugh from noon to 3 pm every weekday, just after Glenn Beck and just before Sean Hannity. Quite a lineup, eh?

Anyway, 314 Action says that one of the ad buys they tried to make, on WINC-AM, was rejected. Check out their email, above, where the radio station informed 314 Action:

“Due to content my supervisor Bruce Simel has informed me that we cannot air this attach spot in Rush Limbaugh.”

Aside from the poor grammar (“attach spot?” “in Rush Limbaugh?”), the main point here is that a right-wing talk radio station, one that goes on and on about “liberty,” the “free market,” etc., refuses to accept payment and run a 100% factual ad from the nation’s largest pro-science advocacy organization, simply because it criticizes (for very good reasons!) two of the biggest right-wing talk radio hosts in the country, both of whom just happen to air on WINC-AM.

Specifically, the ad calls Limbaugh’s attacks on Dr. Fauci, other doctors and scientists fighting COVID-19, a “national disgrace,” which of course is true. The ad also points out, again accurately, that Limbaugh minimized COVID-19 as “really just the common cold.” And yes, it’s accurate to say – as the ad does – that Limbaugh and Hannity have “deceived the American people” in a way that’s “not just irresponsible, it’s evil.” But WINC-AM listeners won’t be hearing this ad anytime soon, as the station refuses to run it. So much for airing competing views or, god forbid, exposing their listeners to the *truth* for a change. 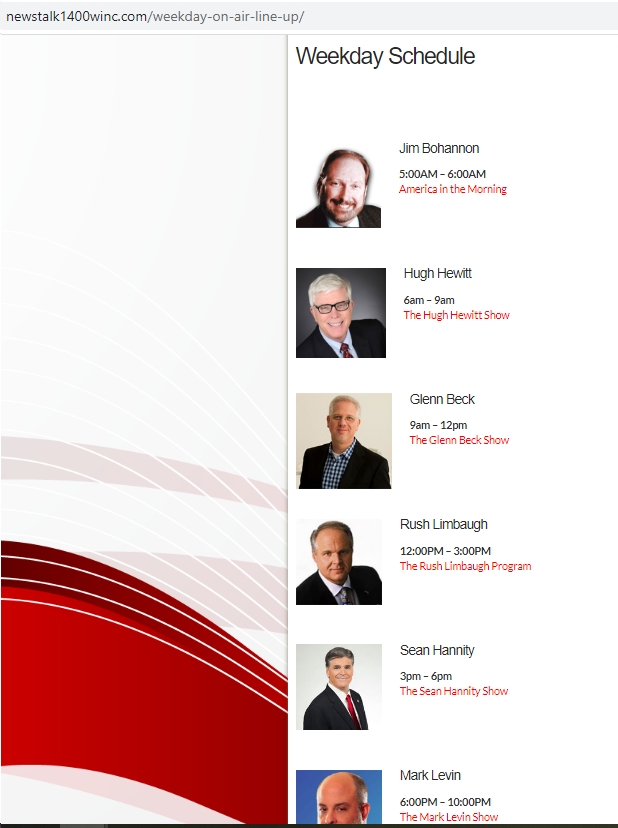