Hahahahaha. Need a good laugh? Check out the following tweets, in which the Virginia House GOP gets mocked for arguing that the “single explanation for why Republicans were outspent was ActBlue.” Of course, as we all know, ActBlue is simply “nonprofit technology organization established in June 2004 that enables Democrats, progressive groups, and nonprofits to raise money on the Internet by providing them with online fundraising software.”

So, yes, the VA House GOP appears to be arguing that an “online fundraising software,” “nonprofit technology,” small-dollar-donor organization – as opposed to a massive backlash against Trump, or their own party’s highly unpopular stances on issues, or  its own party’s almost complete lack of diversity, etc. – is largely behind their abysmal performance in 2017 and 2019. And these guys don’t understand why they keep losing elections? LOL

Among the amusing responses to this audacious claim: 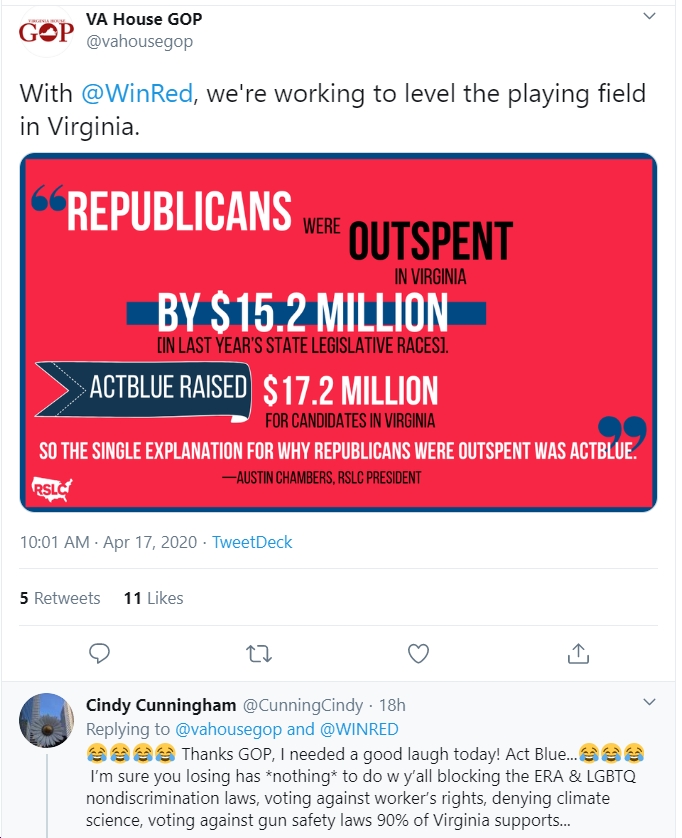 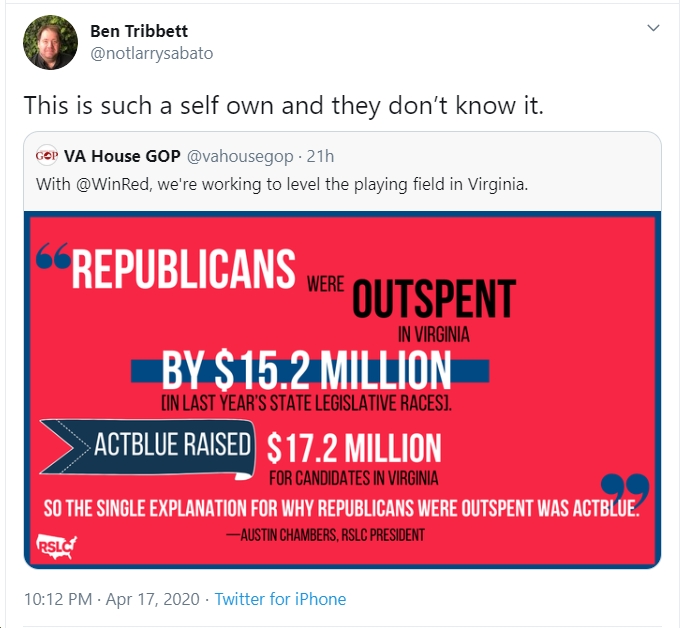 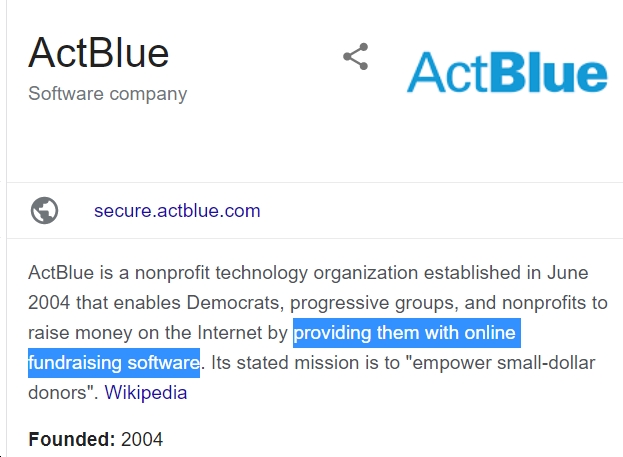