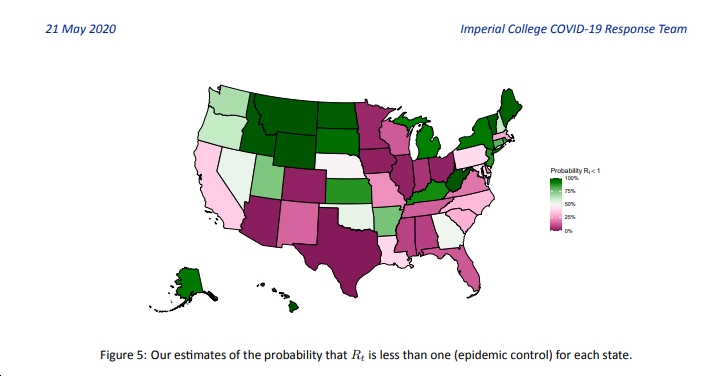 See below for highlights, graphics and an excellent analysis by Charlottesville City Council member Lloyd Snook of this new study, by the Imperial College COVID-19 response team, “model[ing] the epidemics in the US at the state-level, using publicly available death data within a Bayesian hierarchical semi-mechanistic framework,” and “For each state…estimat[ing] the time-varying reproduction number (the average number of secondary infections caused by an infected person), the number of individuals that have been infected and the number
of individuals that are currently infectious.” Also, click on the Imperial College graphics above and below to enlarge.

Some key conclusions of the study include (bolding added by me for emphasis): 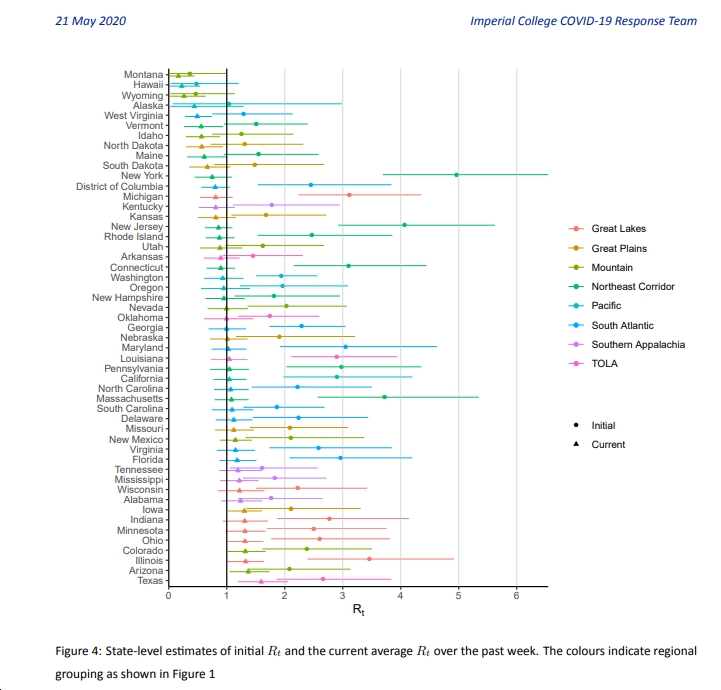 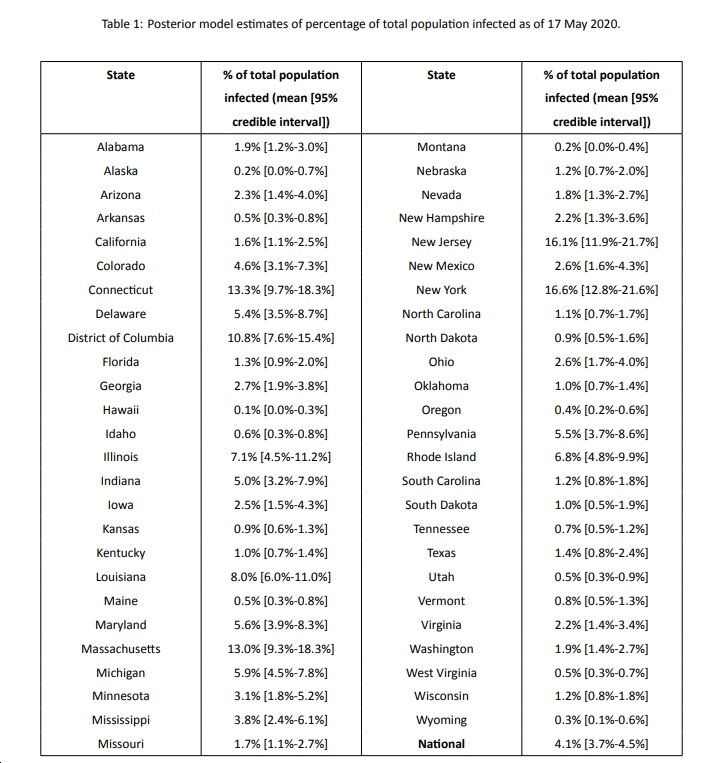 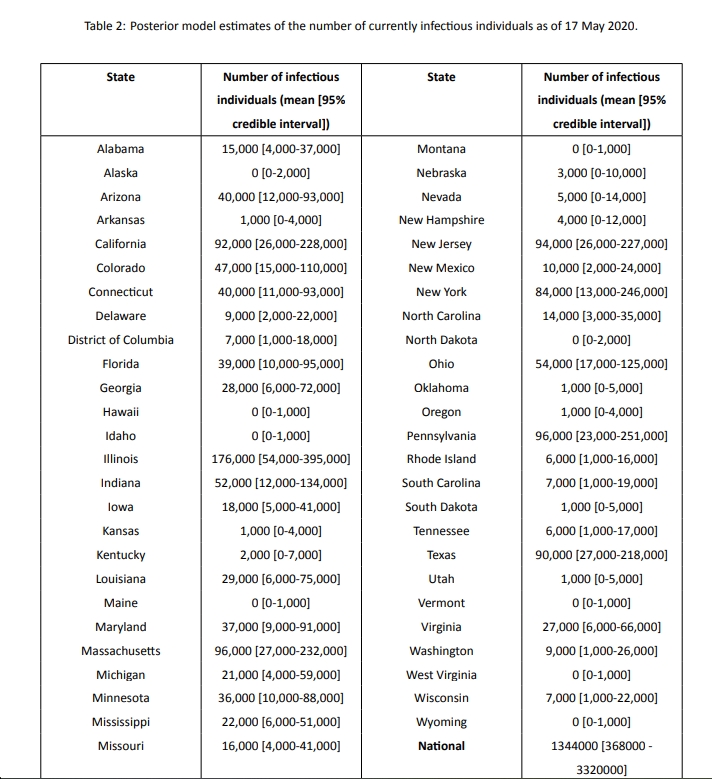 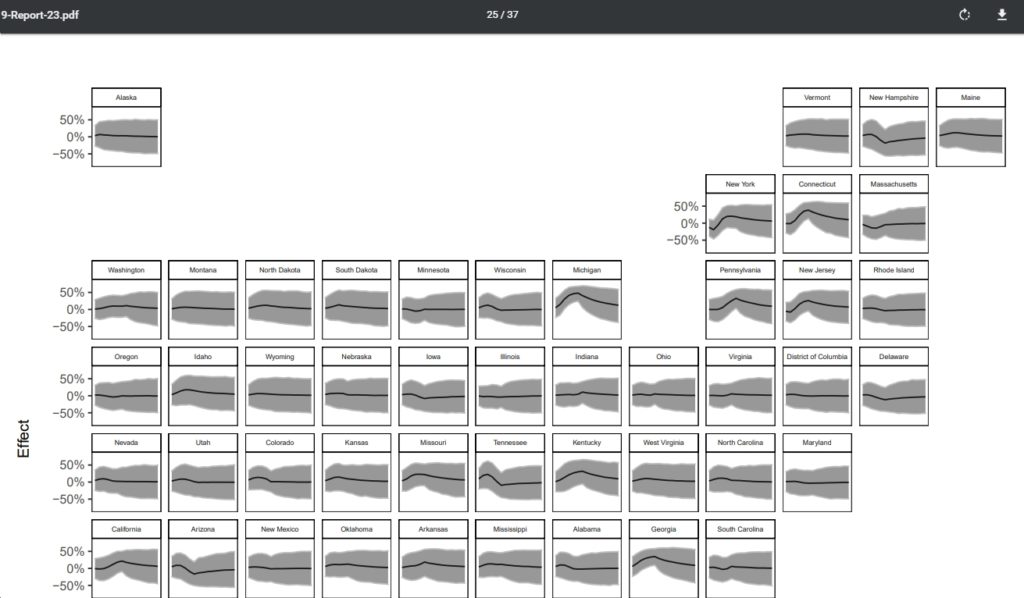 And now, here’s Lloyd Snook’s analysis (bolding added by me for emphasis):

If you really want to geek out on the latest projections, this story points you to another run of the Imperial College model — https://www.imperial.ac.uk/…/2020-05-21-COVID19-Report-23.p…

The guts of this report is an effort to estimate the rate of retransmission — the “Rt” — for each state. If the Rt is below 1, you have no epidemic. If the Rt is above 1, the disease is spreading. If the Rt is around 2, you have an exploding epidemic. When it was first assessed, New York’s Rt was 5; New Jersey was over 4; Michigan, Massachusetts, and Connecticut were all over 3. Virginia’s was about 2.7. In 48 of the states, the initial Rt was above 1, meaning that in all but Montana, Hawaii, and Wyoming, the infection was uncontrolled until mid-March. Then the varying degrees of stay-at-home or social distancing orders came out, and now there is no state where the Rt is over 2, and many states where the Rt is significantly below 1. In Virginia, at the moment, they estimate our Rt at being about 1.1 to 1.2. (See p. 8 of the study for their graph of all of the states.) Texas is believed to have the highest Rt at the moment — about 1.6.

1. The shut-down orders did their jobs, and don’t let people tell you that they weren’t necessary. In 48 states and the District of Columbia they were essential.
2. Although there may be some states where the shut-down orders can be lifted, Virginia is not (yet) one of them.
3. Most of the states where political pressure to reopen the economy is strongest are states that absolutely should NOT be reopening yet.

What the article does NOT discuss, but that my analysis of the statewide data in Virginia would add, is that there are wide variations within a state of the likely Rt. For example, in Accomack County, where the hottest of Virginia’s hot spots is found, the Rt would surely have been measured as recently as a week or two ago at being many times higher than the Rt in Southwest Virginia. What is necessary in a hotspot on the Eastern Shore is going to be different from what is necessary in Tazewell County, 457 miles away, where there is essentially no pandemic.