According to a report in NPR this morning about a new “a simulation that estimates the amount of testing needed in each state by May 15”:

“Harvard’s Global Health Institute estimated minimum targets for how much testing each state needs by May 15 to contain its outbreak through a strategy of testing, tracing and isolating positive cases and their contacts. Death rates are provided as a marker of outbreak size. A positive test ratio of 10% or less is the target advised by the World Health Organization. States with higher ratios may not be testing enough, or testing a diverse enough pool of people.”

So how does Virginia rank on these metrics? See below:

Bottom line: Virginia needs to crank up its testing and reduce the percentage of positive gets, among other things, in order to contain COVID-19 and reopen the state safely. Clearly, we’ve got work to do. 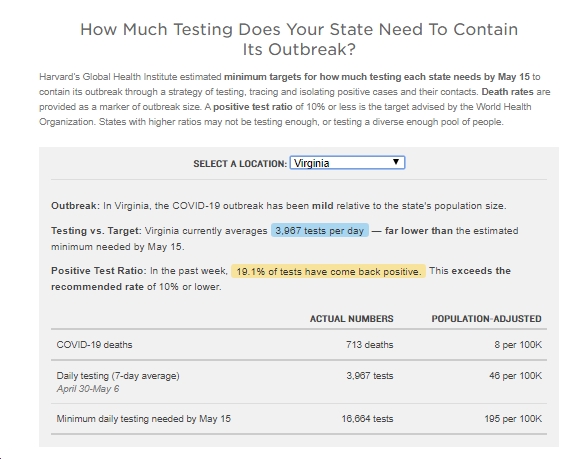 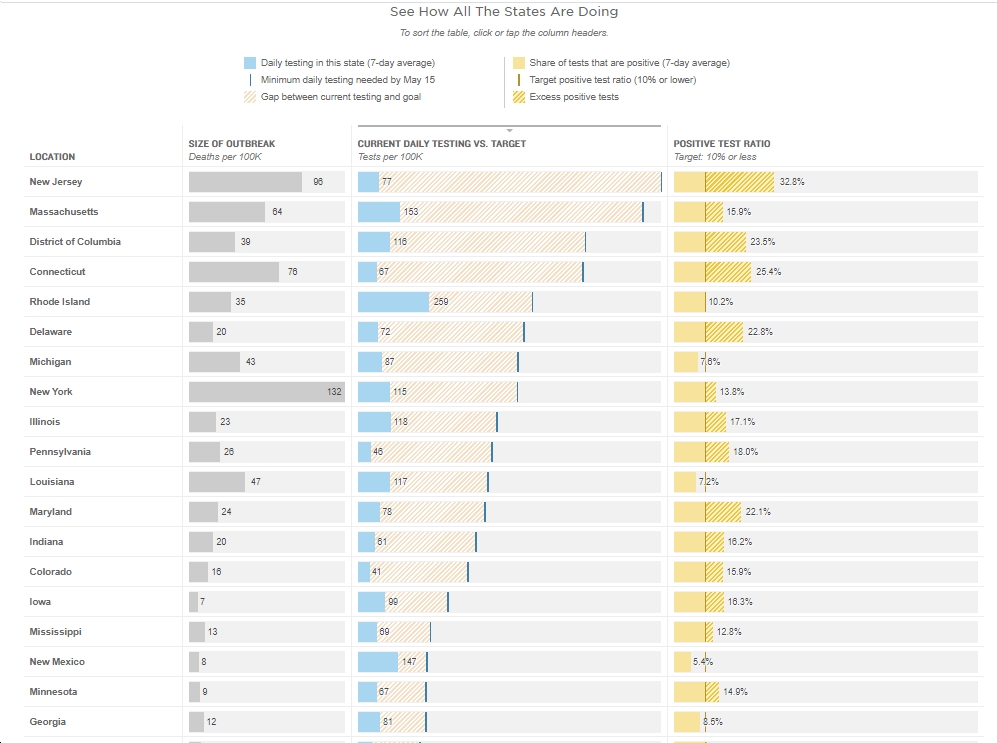 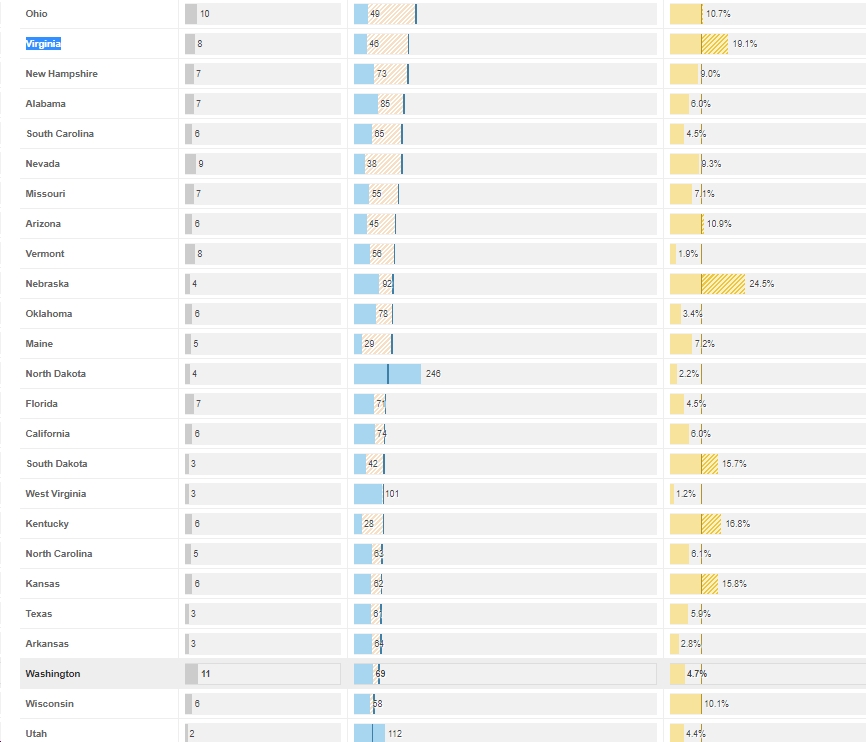