How far and how fast has public opinion shifted in just a few years? Recent polls show rapid shifts on Confederate statues (as of August 2017, 50% opposed removing them; today, only 36% oppose removing them) and on the Confederate flag (today, by a 63%-26% margin, Americans hold an “unfavorable” view; compare to this 2015 poll, in which only 33% saw the Confederate flag as a symbol of racism). Also, of course, public opinion has shifted quickly and massively on same-sex marriage and on LGBT equality more broadly.

We have definitely seen these shifts play out in Virginia. See below, for instance, for how large majorities of Virginia legislators – including many Democrats – were voting just over a decade ago…and just imagine what you’d think if they voted that way today. Amazing, huh? Also note that today, regarding the Confederate monuments, the only real question is how quickly they come down and what’s done with them.

First, SB803 in 2007 was a bill that “Authorizes the Commissioner of the Department of Motor Vehicles to issue special license plates honoring Robert E. Lee.” And the vote on this bill regarding “honoring Robert E. Lee?” A cool 95-0 in the Virginia House of Delegates and 40-0 in the State Senate, with everyone – including liberals such as Donald McEachin, Adam Ebbin, Mary Margaret Whipple, Mamie Locke and Louise Lucas voting yes. Amazing, huh? 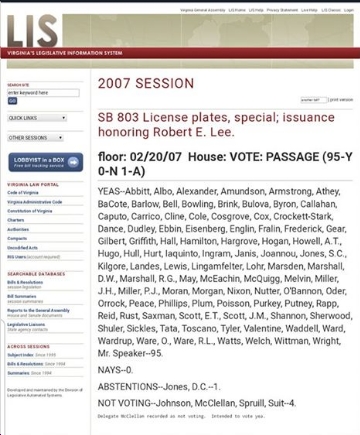 And check out SB401, from 2006, which “Replaces the Oakwood Confederate Cemetery Trust, Inc. with the Sons of Confederate Veterans – Virginia Division, as the organization to receive funds from the Department of Historic Resources for the care of Confederate graves in Oakwood Cemetery, located in Richmond, Virginia.” That one passed 94-2 in the House of Delegates and 37-0 in the State Senate. I wonder how that bill would fare today… 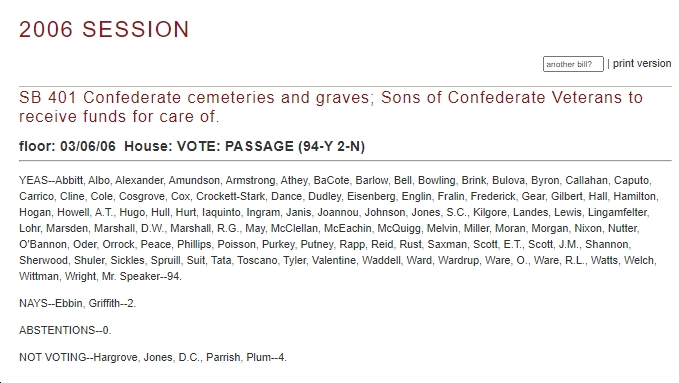 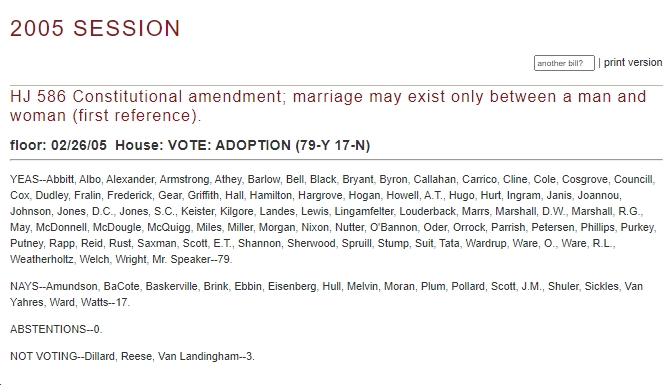 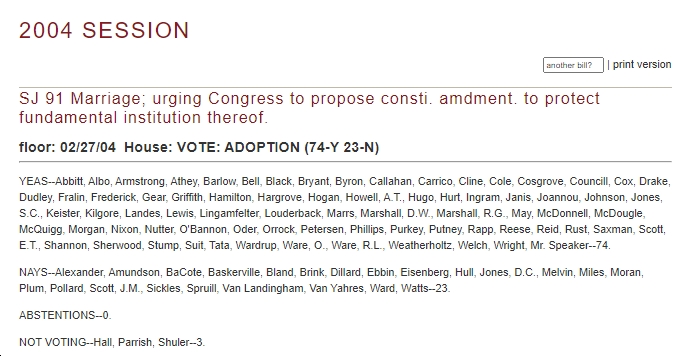