Check out this petition from “African-American Evangelical pastors, ministry leaders, and former athletes who are alumni of Liberty University,” which has now been signed by 26,000+ people, dishing out some well-deserved scorn for Liberty University President Jerry Falwell, following Falwell’s latest buffoonery (also see Liberty U. Professor Resigns After Falwell’s “Governor Blackface” Mask Tweets). To quote the letter:

So true. But don’t anyone hold your breath, as most likely, Falwell isn’t going anywhere…except maybe to hang out with his hero Donald Trump, his endorsee Denver Riggleman, or maybe his favorite “pool boy?” LOL 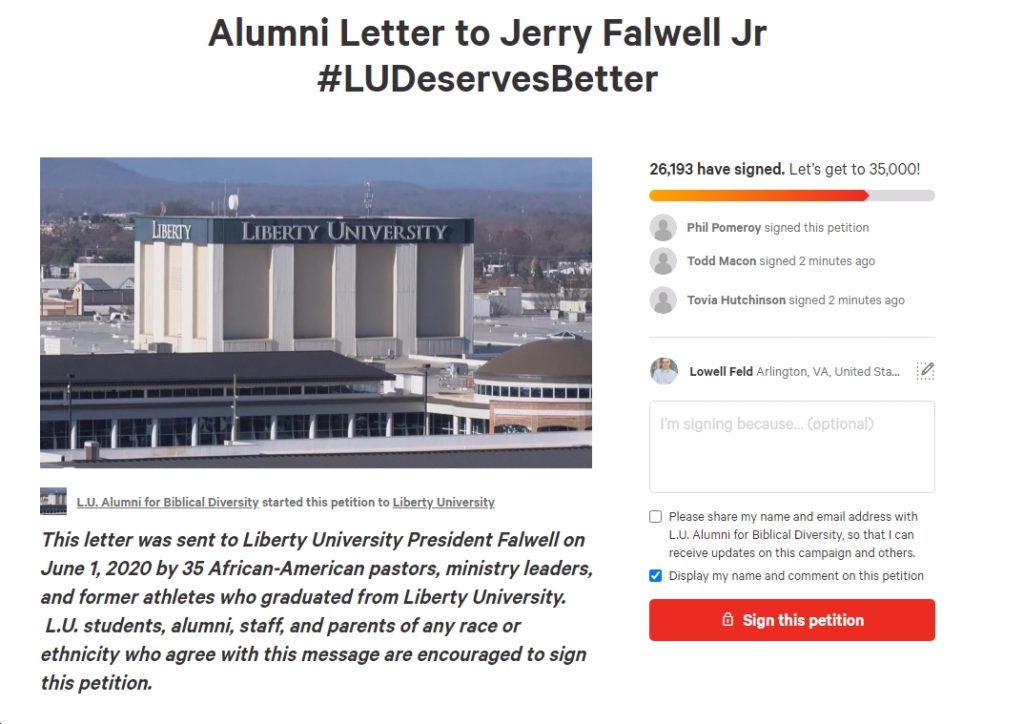 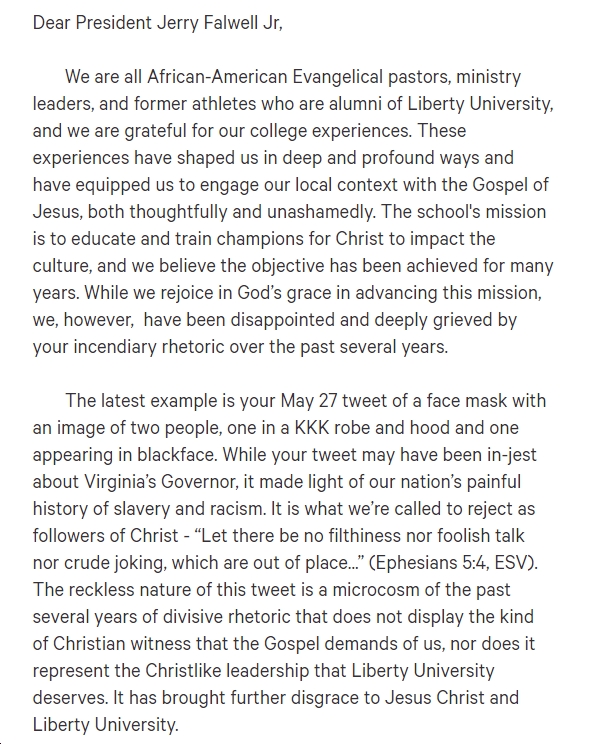 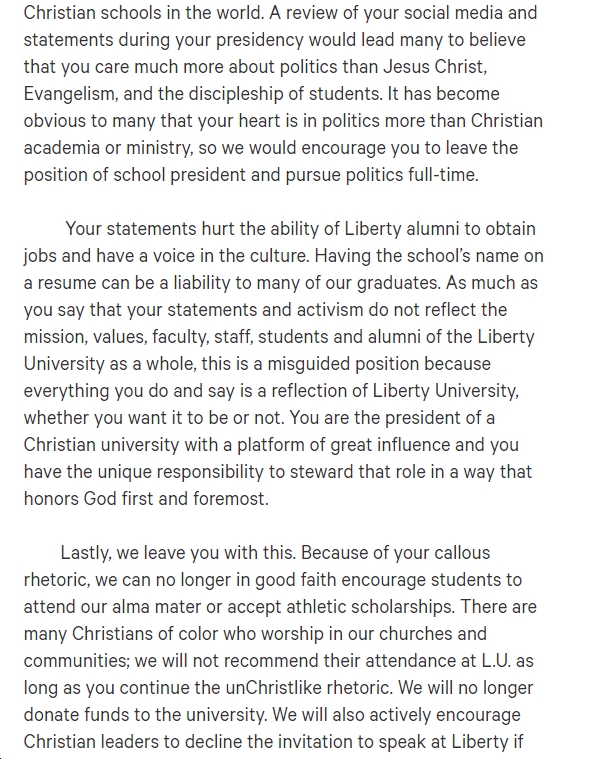 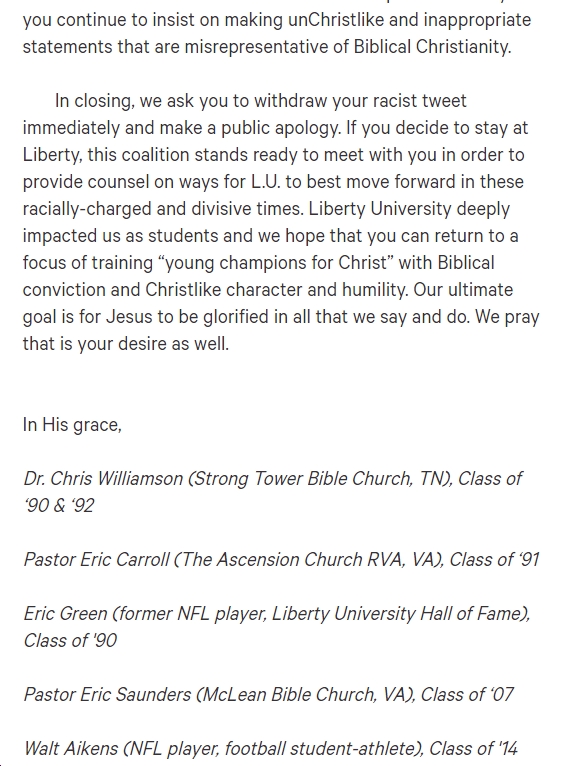