The following tweets by Liberty “University” President Jerry Falwell, Jr., come after Letter From Liberty U. Alumni – African-American Evangelical Pastors, Ministry Leaders, etc. – Rips Jerry Falwell’s “Racist Tweet” as “disgrace to Jesus Christ and Liberty University” and other pushback, including a petition signed by tens of thousands, urging Falwell to step down from his position as president. They constitute a pretty good example of a “non-apology apology,” “a statement in the form of an apology that does not express remorse, but uses language such as “to anyone who might have been offended.” 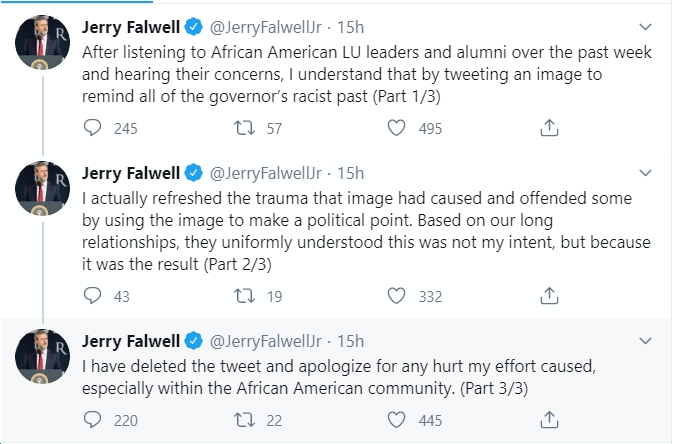 The problem – as noted above – is that this leans in the direction of a “non-apology apology,” in which Falwell faux “apologizes” for “any hurt my effort caused,” while claiming it was “not my intent” to do anything hurtful, blah blah blah. More to the point, in Falwell’s Twitter feed right now are the following “retweets” by Falwell himself, along the same theme as the tweet he deleted, demonstrating that Falwell’s “apology” is NOT heartfelt or sincere, despite the Washington Post, NY Times, etc. misleadingly claiming that Falwell “apologized.” 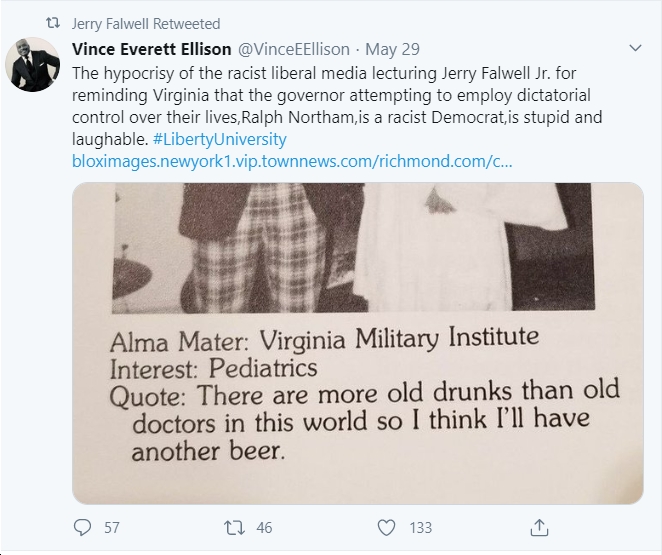 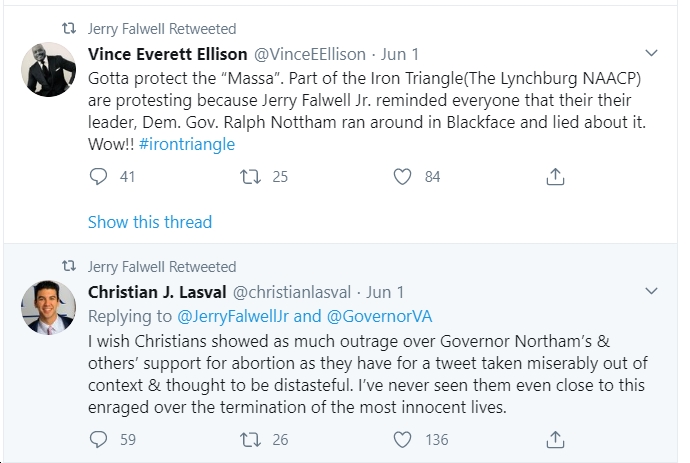