And these folks wonder why they haven’t won a statewide election in over a decade, while also losing control of the Virginia House of Delegates and State Senate, while also losing U.S. House seats in VA02, VA07 and VA10, etc? So basically, the VA GOP is telling the 45% or so of the state that is either African American, Asian American, Latinx, Native American and Pacific Islander that they need to have “tradiational American values” brought to them by the Republican Party of Virginia? Are they arguing that African Americans, Asian Americans, Latinx, etc. don’t *already* have “traditional American values” such as hard work, respect for the Constitution/Bill of Rights and rule of law, desire to achieve the “American dream” of a better life, etc?  What *are* Virginia Republicans saying, exactly?  Can they be any more condescending? And why would this condescending message be appealing to anyone? Just bizarre any way you look at it. 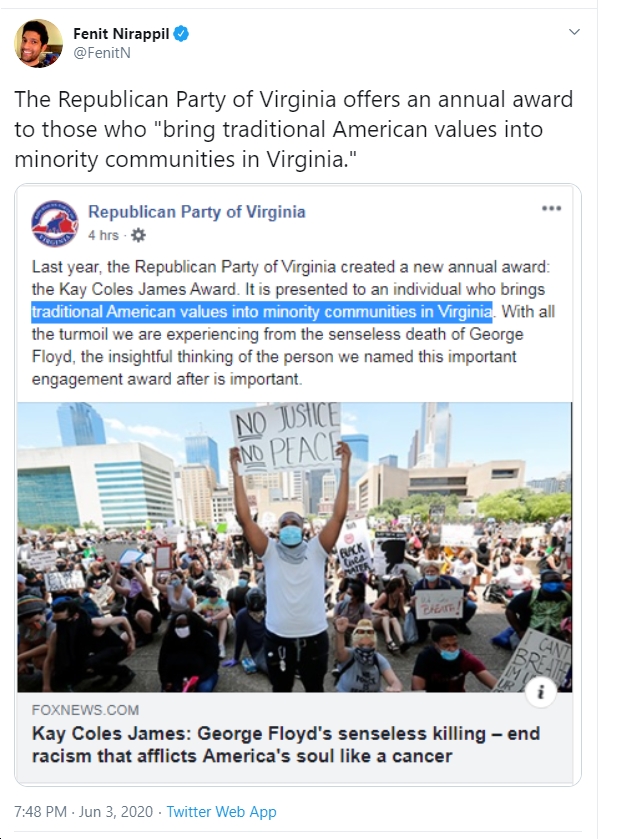