See below for some reactions to the following news:

The governor will direct the statue to be moved off its massive pedestal and put into storage while his administration seeks input on a new location, according to the official, who spoke on condition of anonymity because the official was not authorized to speak before the governor’s announcement.

Good stuff. Also, in related news, Richmond Mayor Stoney has announced: “We’re implementing the #MarcusAlert, committing to a Citizen Review Board, introducing an ordinance to remove Confederate monuments, and more. These are steps to the healing our city desperately needs.”

Also excellent, nice job! With that, some reactions from Virginia elected officials and others… 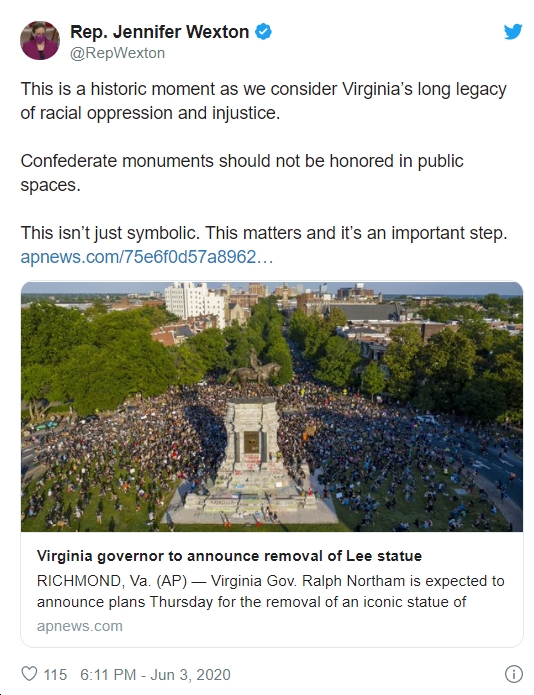 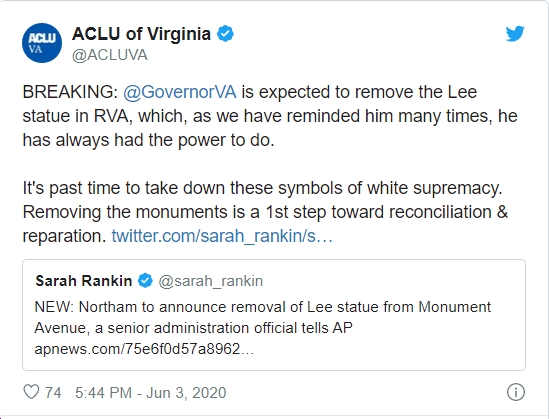 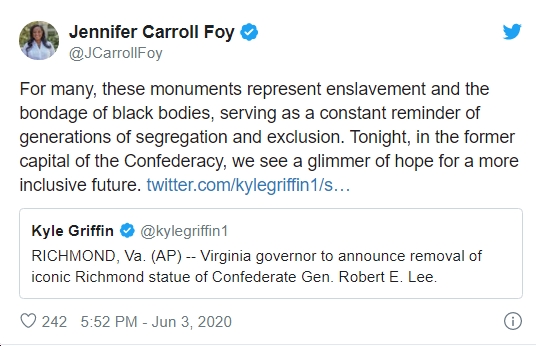 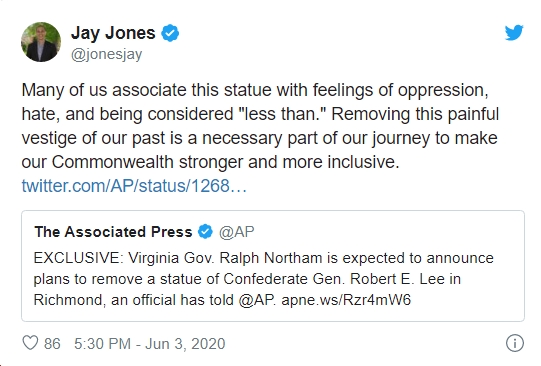 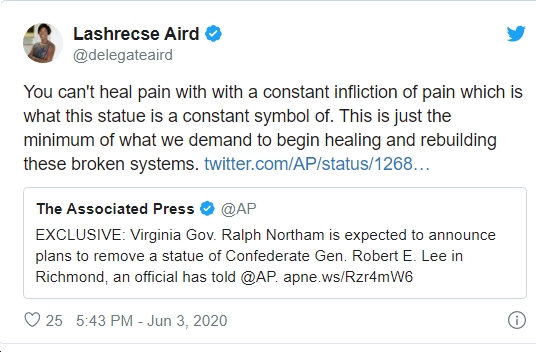 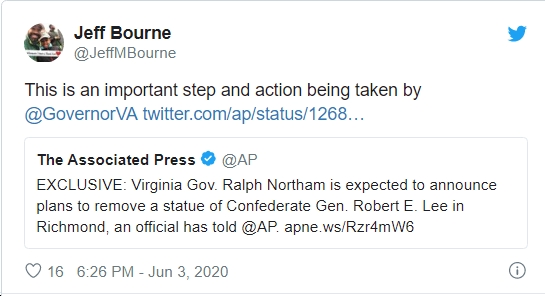 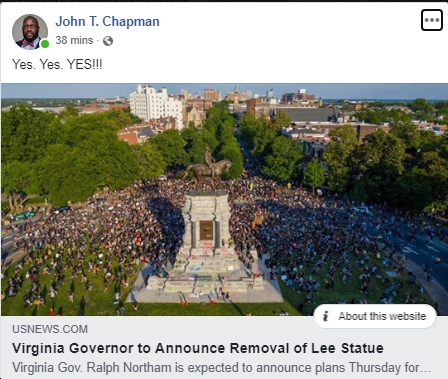 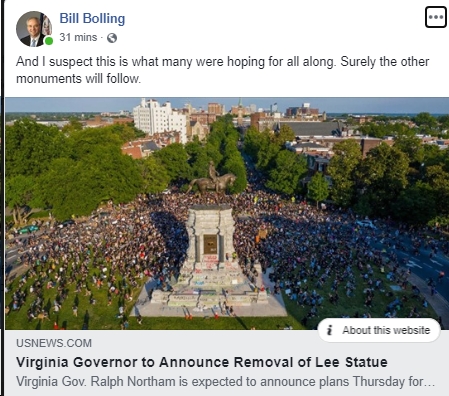 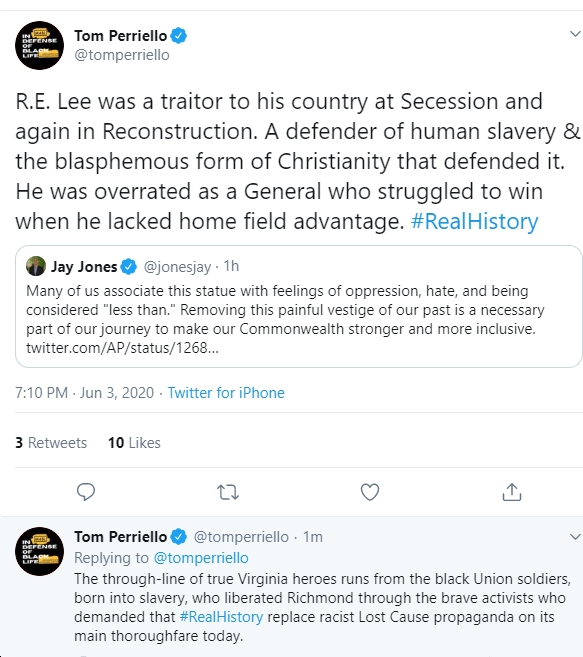 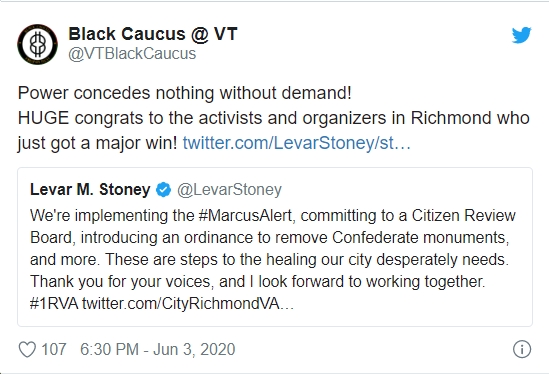 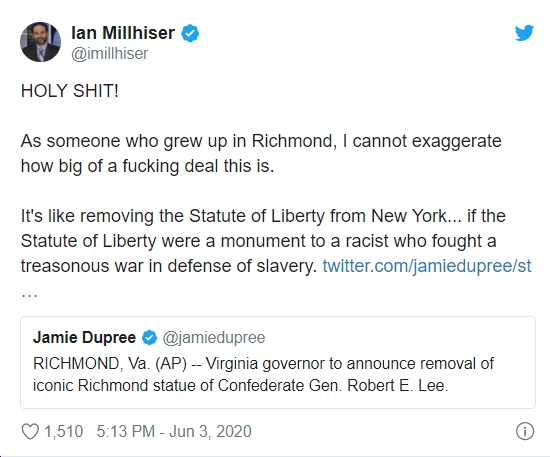 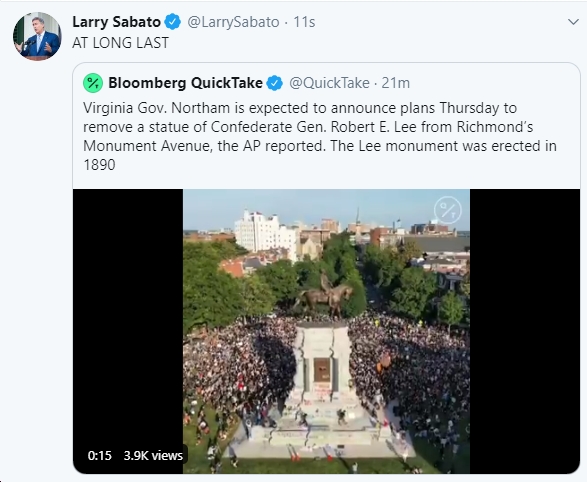 That's right...Rep. Bob Good (R-VA05) was one of the 21. How in HELL does someone like Good get elected?!? https://bluevirginia.us/2021/06/tuesday-news-while-gop-obstructs-action-climate-crisis-in-western-us-is-worst-in-1200-years-as-mcconnell-effectively-dares-senate-dems-will-they-respond-critical-race-theory-invades-s#comment-5421259173