As if there weren’t already a million reasons to elect Democrat Jody Wagner as the new Mayor of Virginia Beach, see below for the latest with current Mayor Bobby Dyer, “a professor of government at his alma mater, Regent University” (’nuff said?), a Republican, and – as a Virginia Beach Democrat just described him to me – an “NRA for Jesus guy.” LOL

By the way, Dyer was already facing a super-tough challenger in Jody Wagner, who has run previously for U.S. House in 2000 and Lt. Governor in 2009, and is now running against Dyer for Mayor of Virginia Beach. The problem for Dyer (age 70), in addition to the fact that Wagner already had a good shot at beating him in increasingly Democratic-trending Virginia Beach, is that his wife just posted (and deleted within 1/2 hour or so) on Facebook (see screenshot, below) that he’s having an “affair with a little twenty year old girl that works at Park Lane in Virginia Beach Va.” (h/t: Ben “Not Larry Sabato” Tribbett for spotting this and tweeting it out immediately) Crazy, eh? Go Jody Wagner!

P.S. Also note that Wagner FAR outraised Dyer and has FAR more cash on hand...in just a few days of her candidacy. 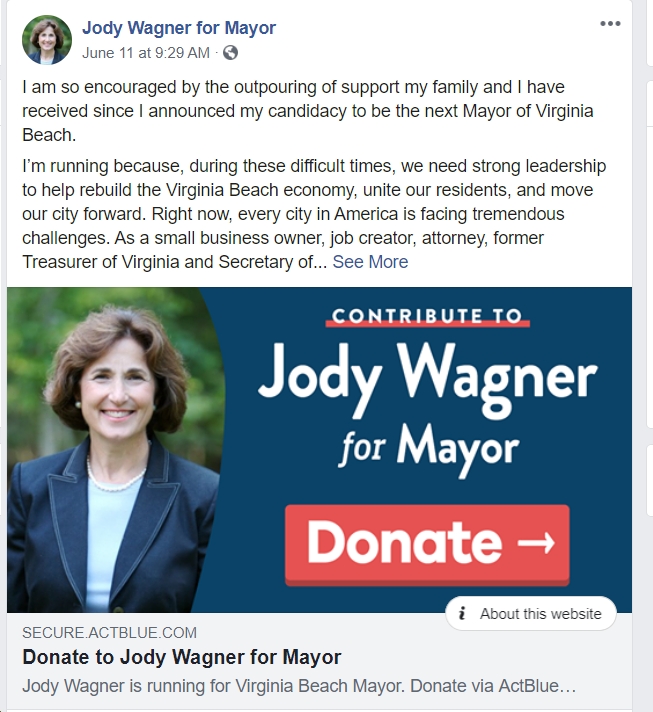 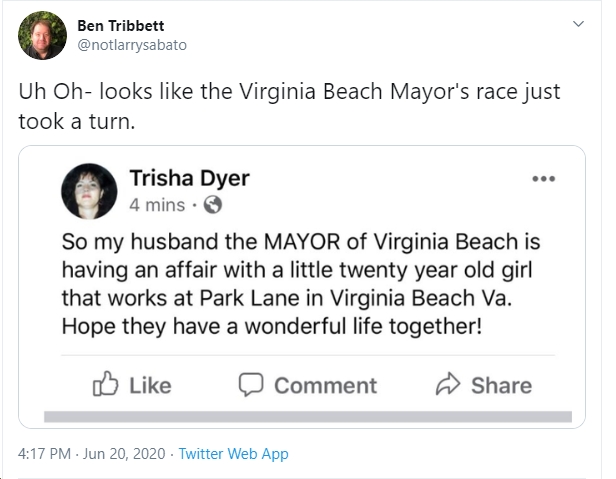 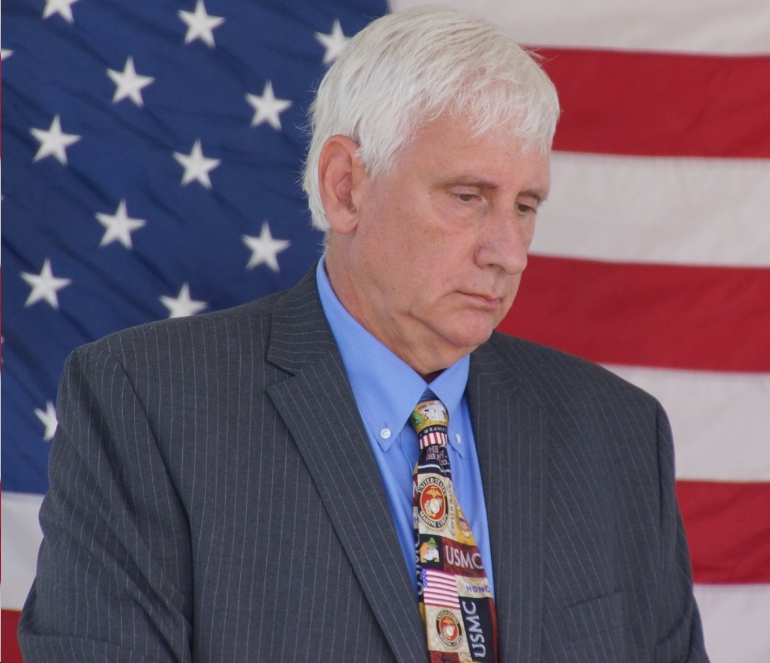 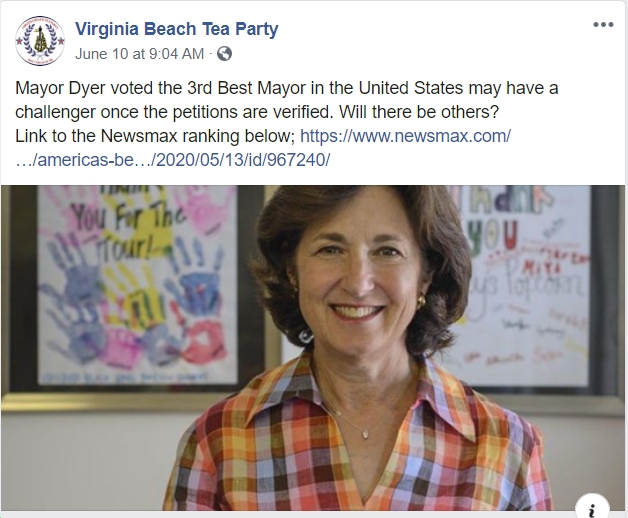 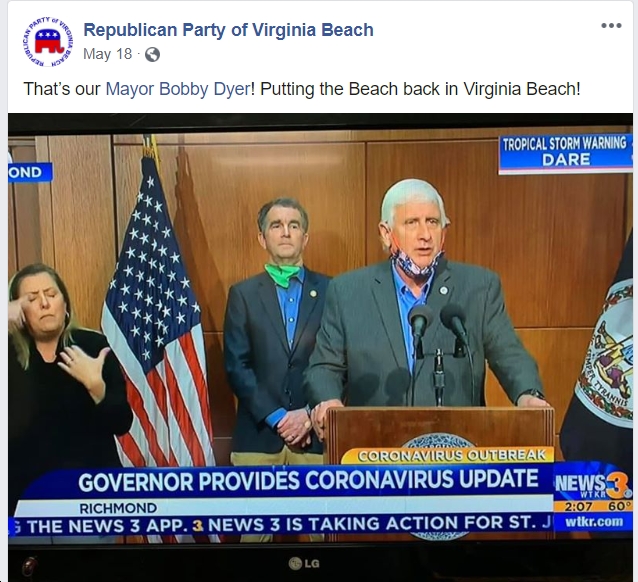