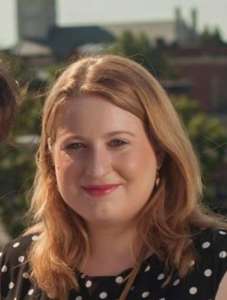 The following piece, cross posted from PW Perspective, is by Caitlin Durham Bennett, Chair of the Fredericksburg Democratic Committee, Vice President of the Greater Fredericksburg Young Democrats, and the Finance Director for the Virginia Young Democrats. Also note, the cover image on this post is by Mike Beaty.

On July 24, 2020, InsideNOVA published an unsigned editorial claiming that three prominent women of color seeking Democratic nomination for statewide office do not have the “experience” necessary for the job.  It seems every time a woman or a person of color seeks high office, those in power expend a considerable amount of energy wringing their hands and spill a considerable amount of ink writing about the candidate’s experience. Let’s be clear – this is nothing but coded language reflecting anxieties, conscious or otherwise, about these candidates’ race and sex.

The editorial argues that although “we need more women in statewide office and no doubt we need more diverse elected officials at all levels of government,” Del. Jennifer Carroll Foy, Del. Elizabeth Guzman, and Del. Hala Ayala’s “lack of experience and a lack of a track record of accomplishments that demonstrate an ability to forge coalitions, reach compromises, and lead others” disqualifies them from running for higher office. The piece goes to great lengths to absolve the author(s) from any potential accusations of misogynistic threads in their argument, claiming that their opinion would be “the same if they were white men.” Yet did the author bemoan the lack of government experience when Gov. Terry McAuliffe and Sen. Mark Warner ran for Governor or when Sen. Chuck Robb first ran for Lt. Governor?  These editorial asides smack of the all-too-familiar prefatory statements – “I’m not racist but…” or “I’m not sexist but…” – that precede often overtly racist or sexist statements.  It is as if the editorial board recognized it was crossing a line and wanted to assure itself, and its readers, that it was only doing so for the right reasons.

In doing so, erases the experience and accomplishments of these women in their respective careers – a successful criminal defense lawyer, a Court Appointed Service Advocate for CASA CIS, and a Civilian Coast Guardsman with 18 years of service as an information security specialist. A women’s experience is often undervalued and downplayed yet no one can deny how much of a political powerhouse Rep. Alexandria Ocasio-Cortez has become, often being the most prepared elected official in the room for committee meetings and hearings. However, lauding their individual accomplishments is not the point. Though one must wonder why InsideNOVA did not consider this to be valuable experience.  Rather, attacking these women for their lack of lengthy political experience directly plays into a major factor for why more women do not run for office.

In Politico’s 2017 exposé, Why women don’t run for office, a major factor is their confidence in being qualified to run. This process starts in childhood, with “a third of high school girls doubt they’d ever be qualified to run” then reinforced in higher education with “half of college women” feeling inadequate then finally, career women with “57 percent of those women said they thought they were qualified or very qualified, compared to 73 percent of men.” Sen. Susan Collins illustrates this issue frankly in the New York Time’s 2016 exposé, “I have never ever had a male potential candidate say to me that he wasn’t ready, that he didn’t feel prepared enough,” she said. “Over and over again, I have had potential female candidates say to me that they just don’t feel they’re quite ready, that they need more experience.” InsideNOVA should not perpetuate this harmful narrative that dissuades future women from entering politics.

Unsurprisingly, the biggest issue the editorial has is that they are “letting their ambition take charge” before they are sufficiently qualified. Ambition is a loaded word for women. Countless articles and opinion pieces have highlighted how women get penalized for having ambition. Women are not supposed to seek power or have confidence in their leadership abilities. Most interestingly, the editorial seems to argue that ambition for these women is more of an emotional blindness rather than a necessary characteristic for political success. I must ask – did the editorial board ever fault a man for being too ambitious?

As to rub salt on the wound to anyone who cares about parity in women’s leadership opportunities in Virginia, the editorial ends with “Carroll Foy, Guzman and Ayala would do well to learn from [Attorney General Mary Sue Terry’s] example” of serving many years in the General Assembly before running for higher office. It is a painful reminder that Virginia hasn’t elected a woman to a statewide office since 1989, just a few months before I was born. Given Attorney General Terry’s advocacy post political career to support women in Virginia politics, I highly doubt she would agree with using her name to discourage other women from running for higher office.

We should instead celebrate that in 2021, Virginia will see so many women running for elected office. It is inappropriate for InsideNOVA to single out these successful women of color for daring to believe they have what it takes to lead the Commonwealth. The Virginia Democratic Party can take pride knowing that they have an abundance of qualified candidates ready to lead.  As for InsideNOVA, the media needs to take a long hard look at how they disproportionately dismiss and set impossible standards for women in politics.