See below for some interesting, helpful graphics by VPAP on “the percent of total emergency room visits in a health district that are due to COVID-Like Illness,” and whether they have been increasing (red), decreasing (green) or showing no change (grey) since May 31. A few takeaways are: 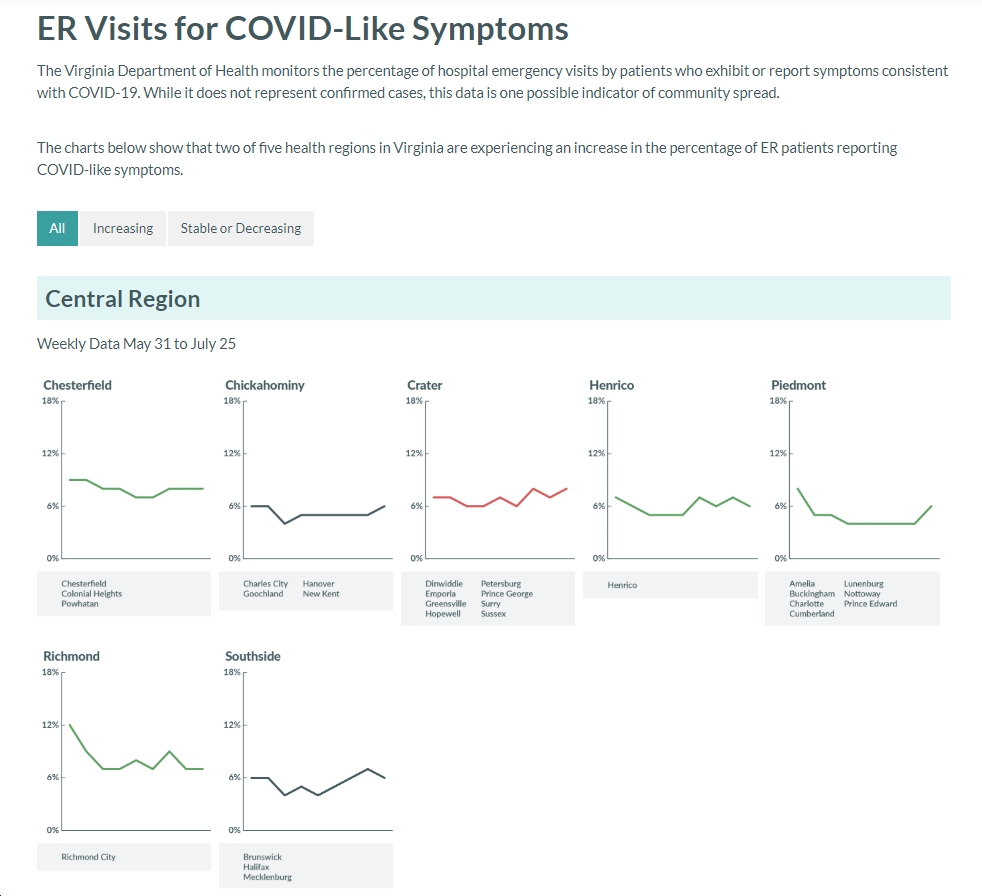 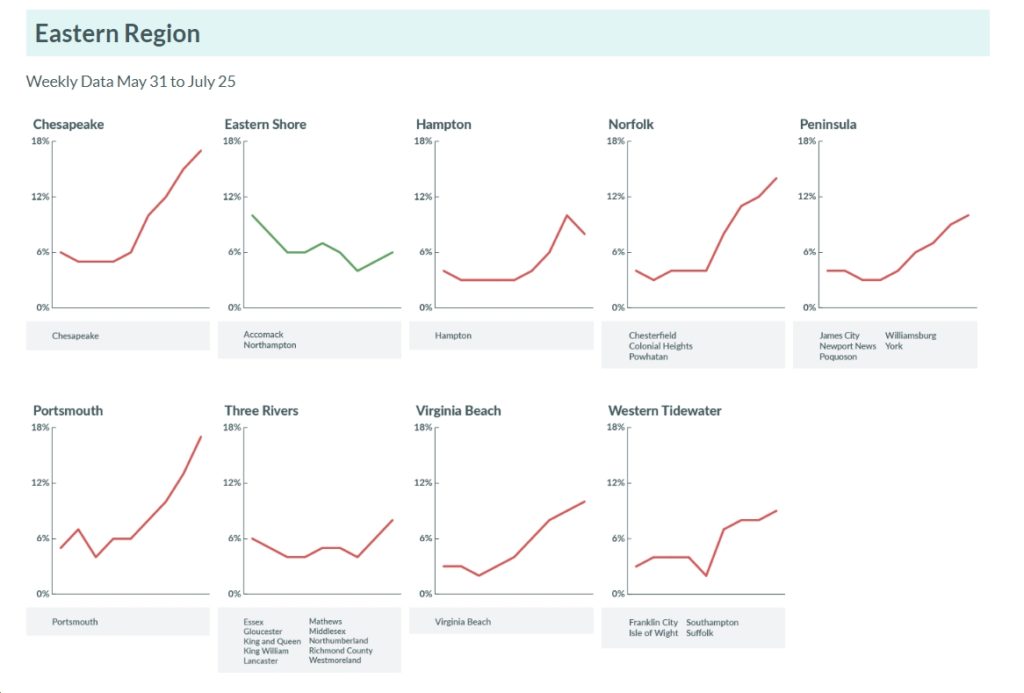 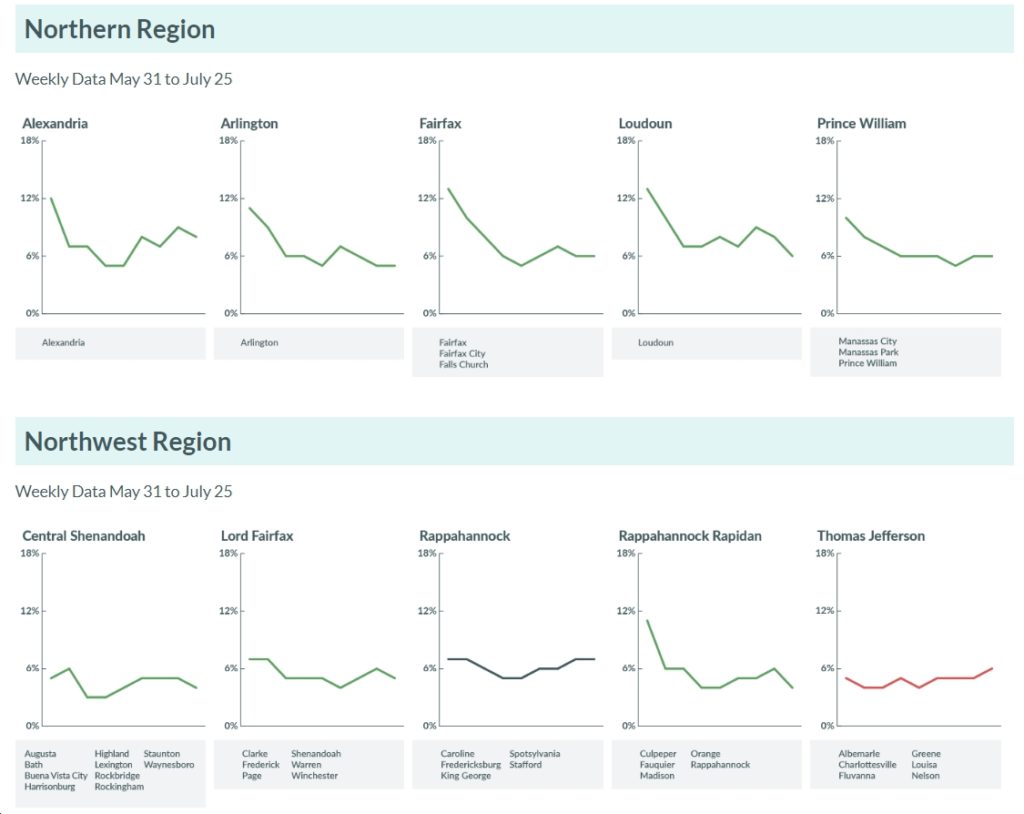 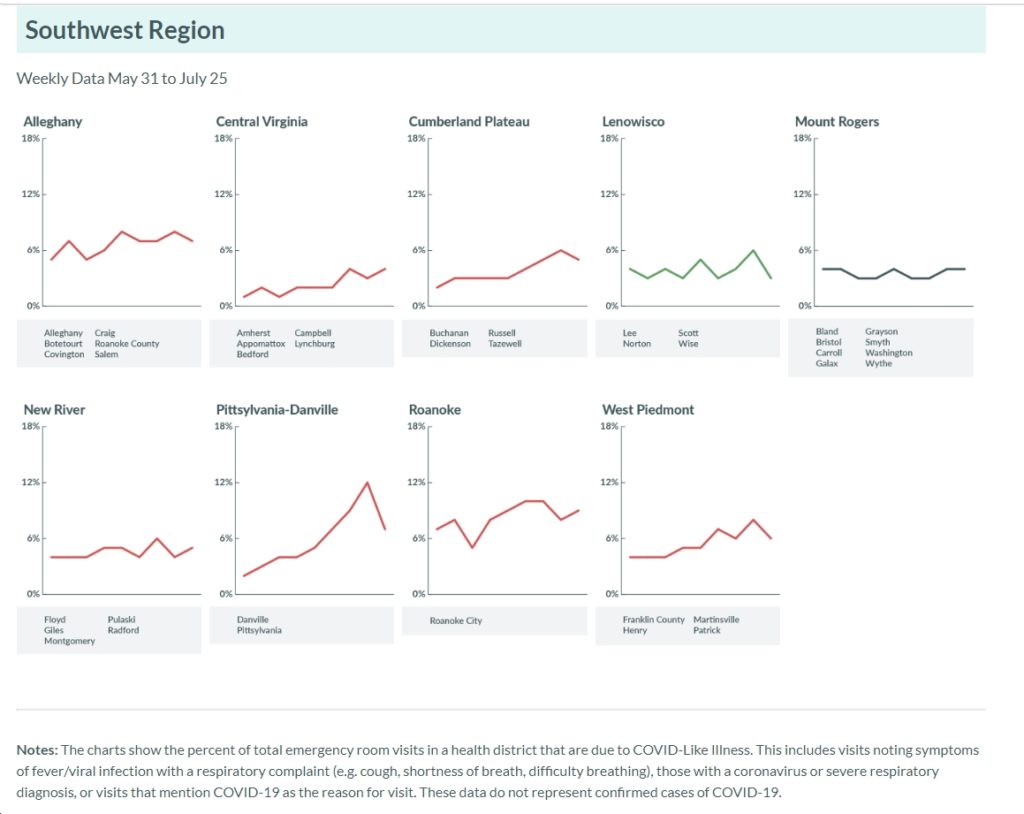