I am the elected business manager at the International Brotherhood of Electrical Workers Local 26, representing 10,000 electricians in D.C., Maryland and 44 counties in Virginia.  We are extremely proud of the world class training we provide to our members, ensuring that we produce the highest quality work, performed safely, for our employers. Our free apprenticeship program, taught at schools in Manassas, Roanoke and Lanham, gives young people a path to the middle class with good paying jobs offering family health care and a pension.

When our union participates in politics, it is to support job opportunities and safety for our skilled electrical workers.  It is not always easy to find political candidates who truly support working families and unions. So when we do find one, I believe it is important to step up and fight for that candidate. This is especially true when that candidate has the talent, charisma and experience to not only win the election but to effectively achieve bold change.

In Virginia, that candidate for Governor is Jennifer Carroll Foy. Carroll Foy is a proven leader who has overcome many obstacles in her own life to accomplish great things, which is why IBEW Local 26 is proud to have provided early support for her campaign for Governor.

Carroll Foy, a member of the House of Delegates, knows as we do that the status quo is not working for working people. She sees what we see: that a pro-corporate, pro-special interest strategy of crushing working families has resulted in declining living standards for average people, while the top percentage of the population has grown more and more wealthy.

Carroll Foy rejects the pro-special interest, pro-corporate ideology. Instead, she works to create a Commonwealth that lifts up working people and strengthens the middle class. She has proved this time and time again. During the most recent General Assembly session, Carroll Foy led the effort to pass legislation instituting a prevailing wage on state-funded construction projects and to repeal Virginia’s ban on Project Labor Agreements. She passed legislation to ensure that all employees can fight back in a meaningful way if they are the victims of wage theft. And she fights hard to repeal the Commonwealth’s misnamed right-to-work law, so workers can better fight to protect their rights. During the COVID-19 pandemic, she has led the fight for safe workplaces, including PPE and distancing measures for bus drivers and other workers who risk their lives to help others.

Carroll Foy has never been afraid to use her influence to build power for working families. Whether it be standing on the line with striking bus drivers in her district advocating for safe working conditions, attending a rally with airport workers demanding “one job should be enough,” or calling on Amazon to sign a Project Labor Agreement, Carroll Foy has been there for workers every step of the way. Last year, she conducted a statewide bus tour of building trades union apprenticeship schools to publicize the availability of free training for all of our residents. As Governor, we know she will continue to elevate the voice of labor by speaking out on workplace issues and continuing to show up at job actions and picket lines.

Carroll Foy has an inspiring story of her own, a girl from Petersburg  who rose up to become one of the first women to graduate from  the Virginia Military Institute, and is the first public defender to serve in the General Assembly. She does not take “no” for an answer. She is exactly the kind of leader we need to stand up to wealthy corporate special interests and to fight for fundamental economic change. 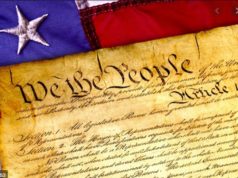