See below for reactions from Democrats to this morning’s two U.S. Supreme Court rulings (Trump v Vance and Trump et al v Mazars USA, LLP et al) re: Trump’s tax returns. As Sen. Tim Kaine tweeted, “The President is not above the law.” And as Speaker Nancy Pelosi said: “A careful reading of the Supreme Court rulings related to the President’s financial records is not good news for President Trump. The Court has reaffirmed the Congress’s authority to conduct oversight on behalf of the people, as it asks for further information from the Congress.”

.@SpeakerPelosi: “The Supreme Court, including the president’s appointees, have declared that he is not above the law. … It’s not good news for the president of the United States.” #TrumpTaxes pic.twitter.com/RNxt1ar1i1

As I was saying. https://t.co/NwOKjL0Zhj

Nobody is above the law. Now let’s see what Trump has been trying to hide from the public. https://t.co/gqYPgFf7zD

The President is not above the law. https://t.co/JqZNfye1HF

Today’s #SCOTUS decisions eviscerate Trump’s claim to categorical immunity. No one is above the law.

But the fact remains that Donald Trump has had four years to release his taxes, and SCOTUS just bought him more time to hide. 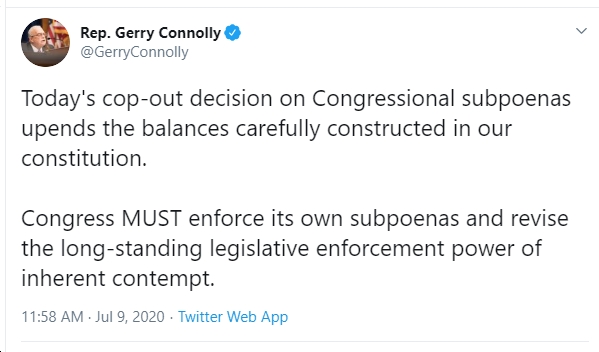 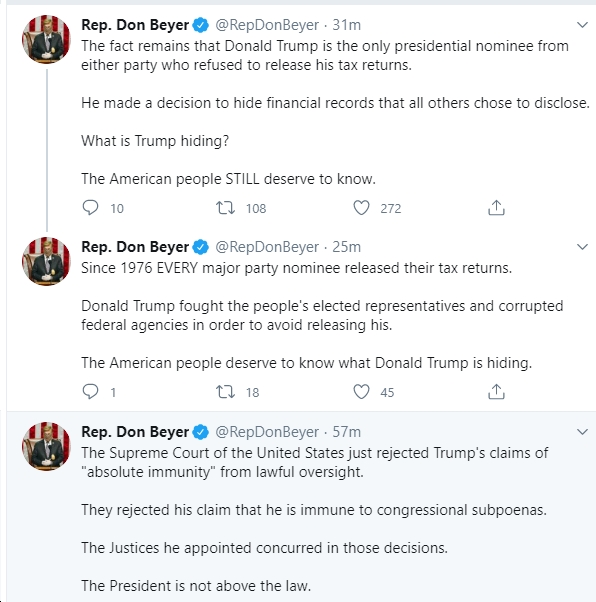 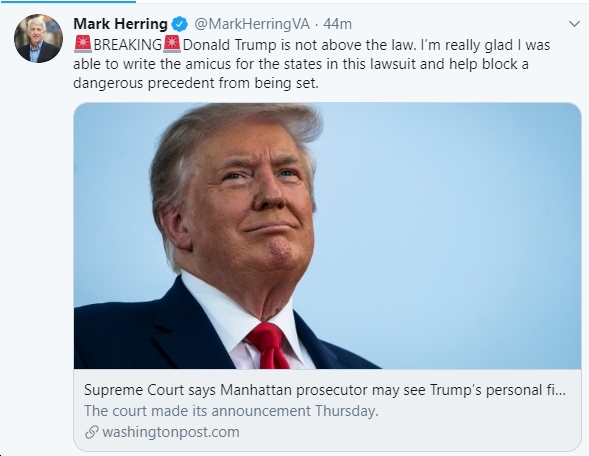 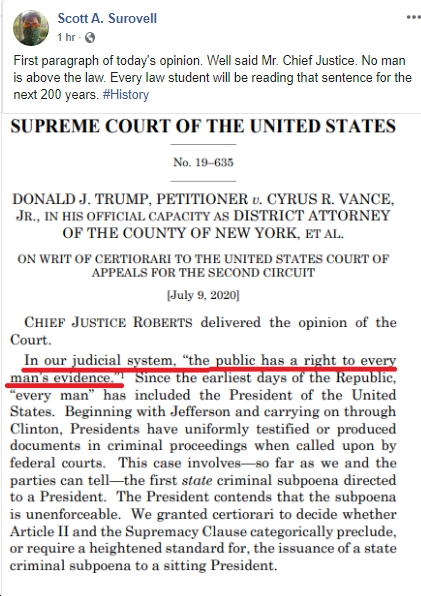 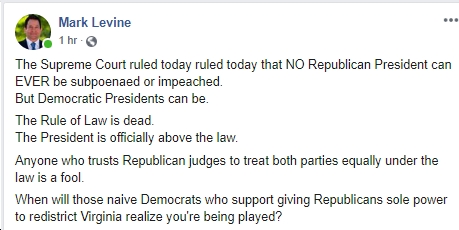