Rojai Fentress walked out of prison on Wednesday, after spending 24 years incarcerated for a crime he didn’t commit. His lawyer’s black lab—a dog he had painted while incarcerated, as a gift–jumped all over him and licked him. “My first kiss!” he exclaimed. He was arrested when he was only 16 years old, before he’d ever had a chance to have a first kiss, before he’d even enrolled in high school. 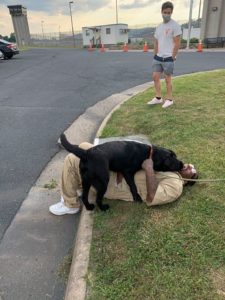 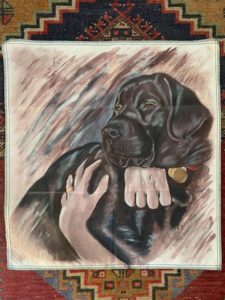 He was arrested for a 1996 drug-deal-gone-wrong shooting in Richmond. Rojai and his mother said he was home at the time of the shooting, and he has sworn his innocence all along. Just before going to trial, the prosecutor offered him a five-year sentence if he would plead guilty, but he wouldn’t plead guilty to a crime he didn’t commit. The trial lasted less than a day before a jury convicted him. Two months later, the prosecutor urged the judge to show “no sympathy,” and Rojai, tried as an adult at age 16, was sentenced to 53 years.

The only evidence was an eyewitness who, months after the shooting, identified a handcuffed Rojai in the courtroom. Years later, the Innocence Project at UVA Law discovered that she had lied under oath about being high at the time of the shooting, and that she had in fact identified someone else as the shooter initially. The arresting officer had lied as well, and had threatened to charge other witnesses—who never testified—if they didn’t identify Rojai. Both the eyewitness and the detective have since committed suicide, and another man—incarcerated for a different crime—has repeatedly confessed to the shooting.

Rojai applied for a pardon in November, 2018. Finally this week, Governor Northam granted him a conditional pardon, which would release him from prison, but not fully exonerate him nor entitle him to compensation for wrongful incarceration. His lawyers will continue to fight for that full exoneration.

Our criminal justice system is filled with many stories like this. People who’ve had the deck stacked against them by laws originally designed not for public safety but to discriminate; by over-zealous policing; by prosecutors who have used unethical tactics to hide important information from the defense or to coerce testimonies and confessions; by overworked and underpaid public defenders; by judges and juries who are far from their peers; and by a carceral system that punishes indiscriminately and does little to ensure the success of those re-entering their communities. For every Rojai Fentress that the Innocence Project can afford to fight for, there are thousands of other people who have no one to fight for them—who, because of this rigged system are serving sentences for crimes they didn’t commit, are serving excessive sentences, or who are struggling to successfully re-enter their communities with a criminal record.

We’re beginning to really focus in the Commonwealth on the criminal justice system: on implementing reforms, changing laws to decriminalize or reduce the penalties for a variety of offenses, changing policing policies, finding ways to level the playing field between prosecutors and defense attorneys, and on electing prosecutors interested in reforming the system to make it more fair. These are all good and important. But one thing to add to that list is to allocate resources towards going back through records and identifying and re‐investigating cases of potential miscarriages of justice; and using the findings to inform new policies and reforms. This is perhaps best done with a formal conviction integrity unit in the Attorney General’s office that would cooperate and coordinate with defense lawyers or innocence organizations. Additionally, streamlining and expediting the process of applying for all forms of clemency—simple pardons that declare a person “forgiven” and that help people obtain employment, housing, and other necessities; conditional pardons such as that granted to Rojai; and absolute pardons. People routinely wait years in prison to find out whether their pardons have been granted or denied. We have to do better going forward to make sure fewer people go through the criminal system; but for those who already have, and especially for those who have unjustly done so, we need to right those wrongs as quickly as possible.

As Rojai’s lawyers drove him away from the prison to freedom late Wednesday afternoon, he suddenly asked them to stop the car, on an overpass. He jumped out of the car to admire a beautiful rainbow arching over the Blueridge Mountains, the symbol of the end of a long storm, a sign of hope, of a 24-year dream finally coming true. There are many more people still waiting to see that rainbow. 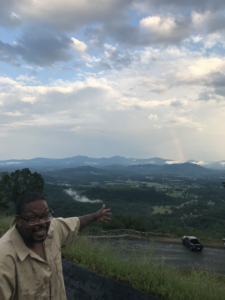 If you’d like to contribute to helping Rojai get on his feet, please donate to this GoFundMe organized for him: https://www.gofundme.com/f/helprojai