See below for some reactions by Virginia elected officials to Trump’s commutation of Roger Stone’s sentence. Note that Virginia Republicans are largely silent, as Trump assaults the rule of law in this country. As for Democrats, they correctly call out Trump for his “contempt” for the rule of law, for his “rampant criminality,” for “abusing his power” and for being “openly corrupt.” Are Virginia Republicans cool with all this? Proud of it? What, exactly? Cat got their tongues?

The United States was founded on the rule of law.

It seems our president has nothing but contempt for it. https://t.co/QlNNTgFoRQ

The “Law and Order” president. https://t.co/IZQ4D2CT6O

Attorney General Barr has aided and abetted this rampant criminality for long enough.

He has allowed for the denigration of the rule of law and perverted the course of American justice at every turn.

Time to impeach him.

So much for LAW & ORDER! https://t.co/yV7NpxJadh 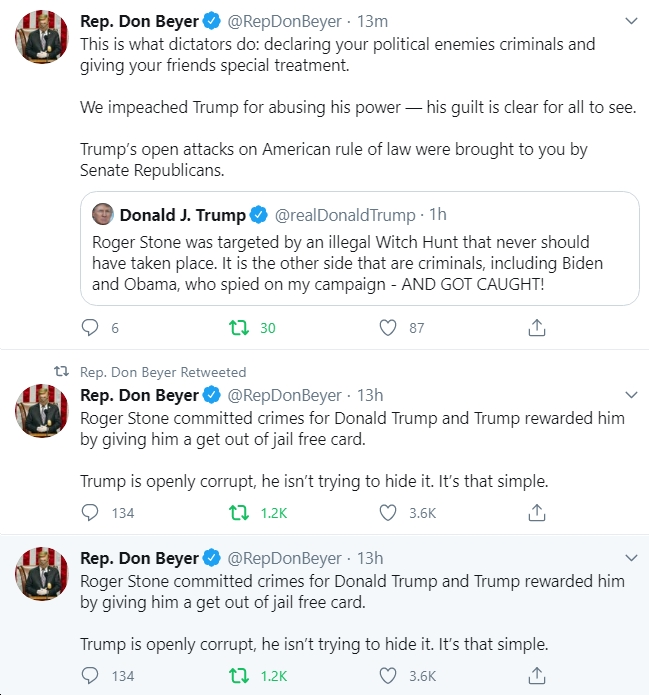