I’m sure the corporate media will try to “both sides” this one, like they do everything else, but the fact is, when it comes to climate science, a huge percentage of Virginia Republicans are complete ignoramuses, compared to a relatively small percentage of Virginia Democrats. Check out the following graphics, courtesy of the Yale Program on Climate Change Communication, which “show variations in the climate and clean energy views of Democrats (left map) and Republicans (right map)…for all 50 states and 435 congressional districts. Shades of yellow, orange, and red on the maps indicate more than 50% agreement or support for the mapped opinion while shades of blue indicate less than 50% agreement or support.” So here in Virginia, it looks like this: 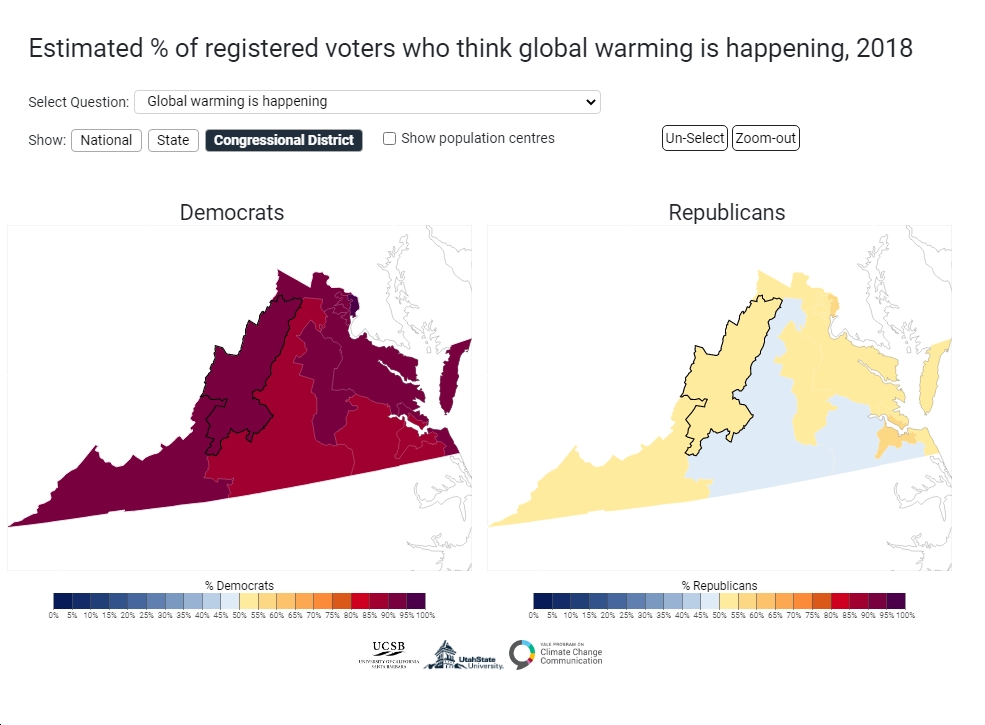 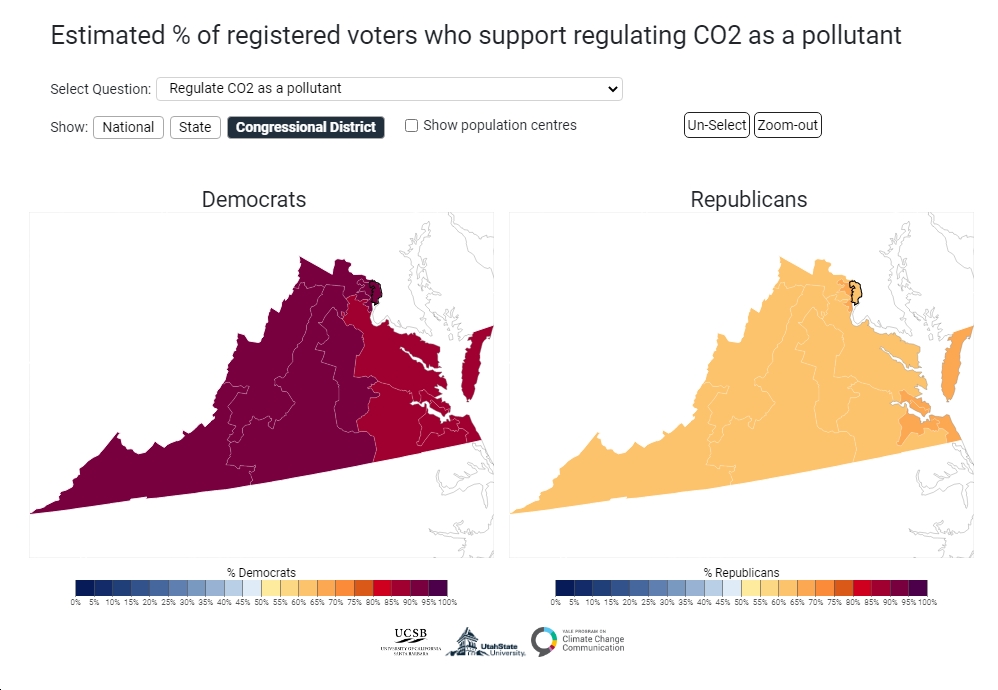 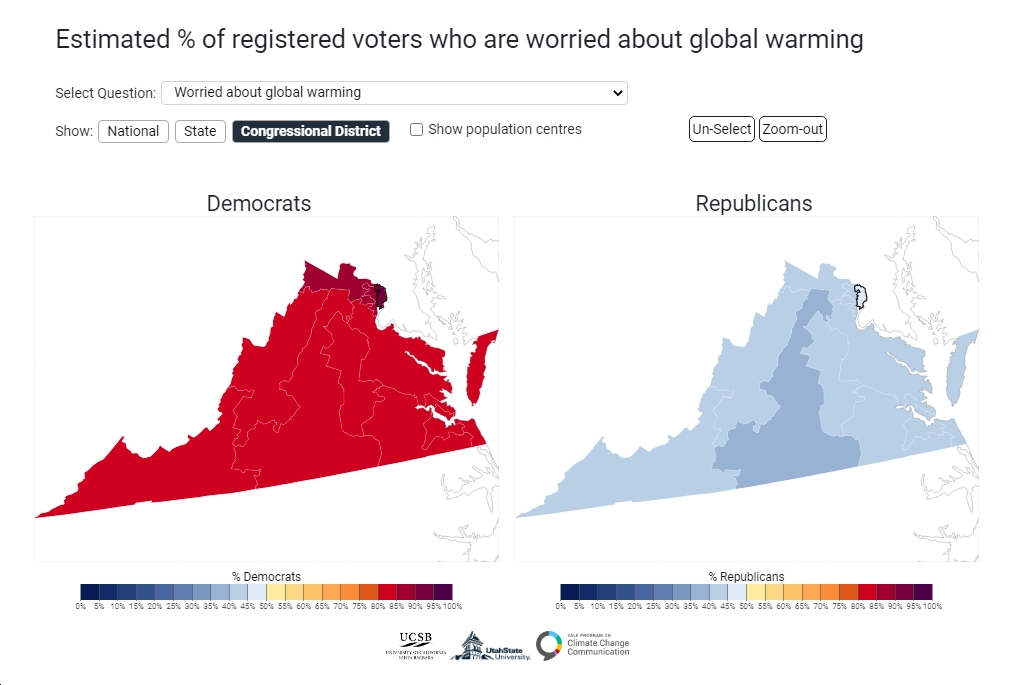 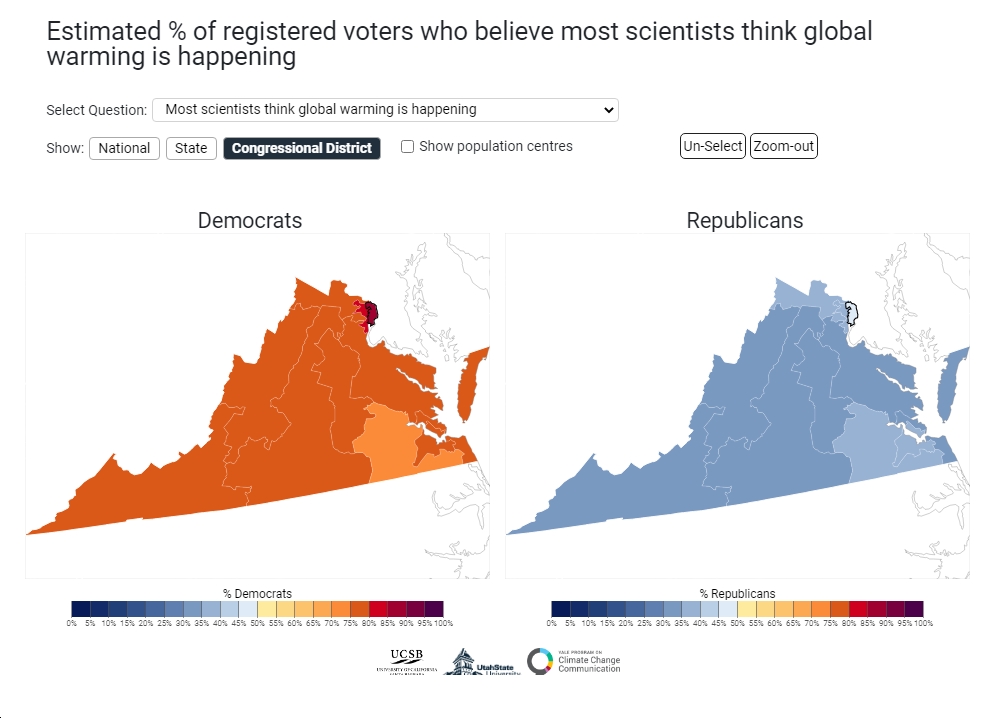 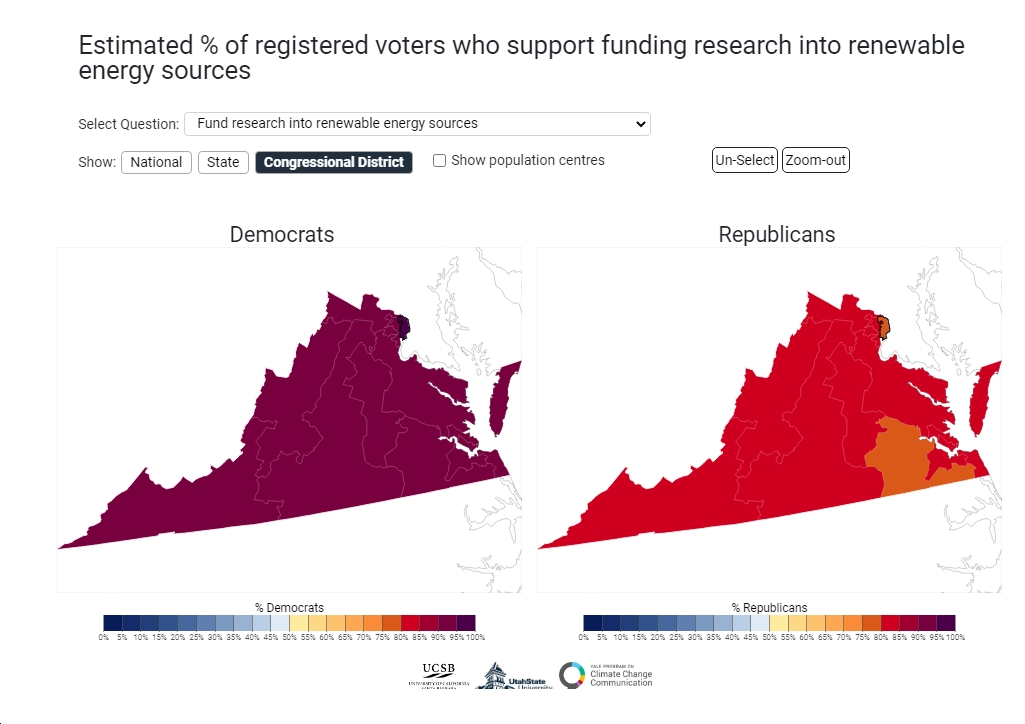 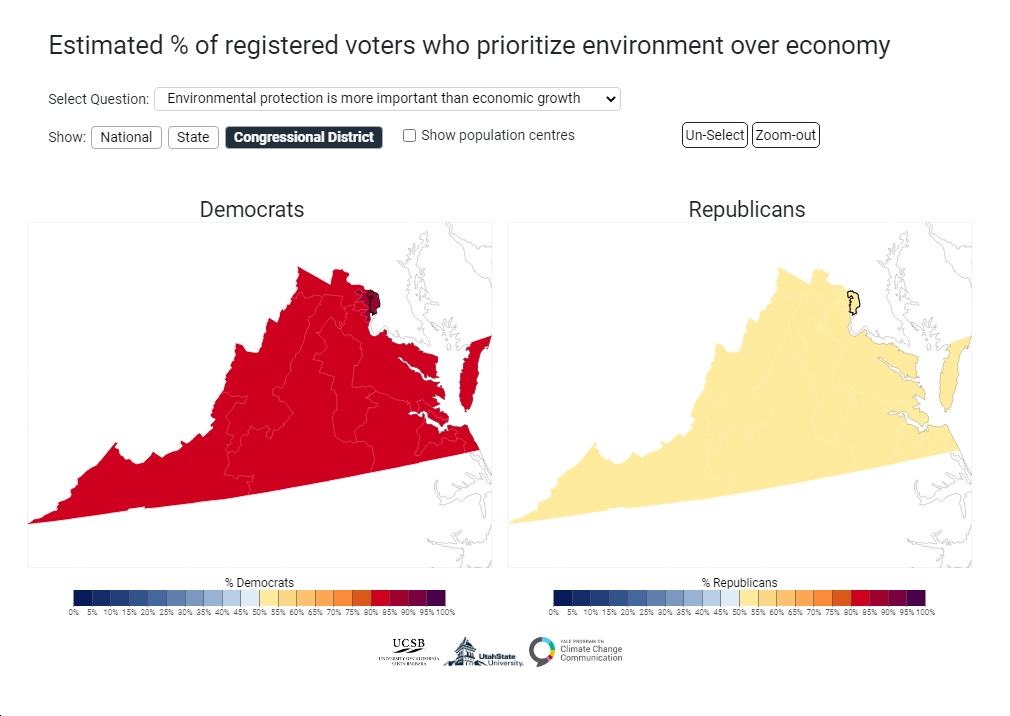 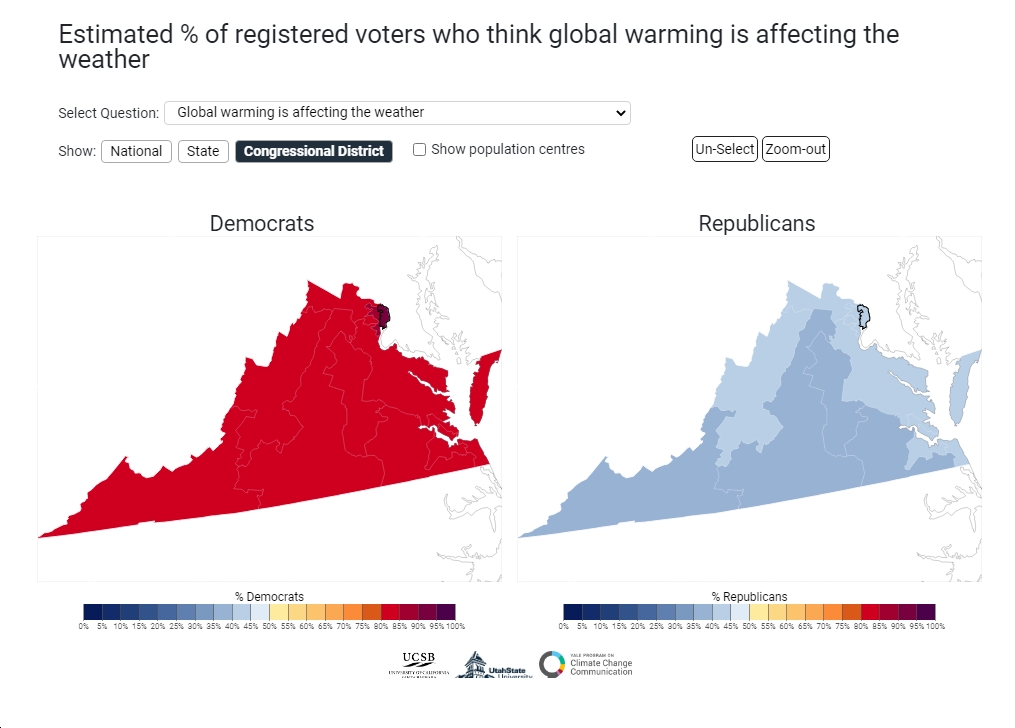