Tomorrow at 1 pm, the Virginia State Board of Elections (SBE) meets to decide, among other things, whether or not Republicans Bob Good (who was nominated, over Rep. Denver Riggleman, in a bizarre VA05 GOP convention on June 14) and/or Del. Nick Freitas (competing for the VA07 GOP nomination, with the nominating convention set for July 18) should be allowed to have their names on the November ballot, despite both failing to file paperwork properly with the SBE. See below for information about tomorrow’s SBE meeting, as well as a legal filing by PerkinsCoie, on behalf of its client the Democratic Congressional Campaign Committee (DCCC), arguing the SBE to “reject the Republican Party of Virginia’s…and Bob Good’s belated requests to extend the June 9 deadline for filing the required Certificate of Candidate Qualification and/or Statement of Economic Interest forms.” The reasons cited include the following (note: bolding added by me for emphasis): 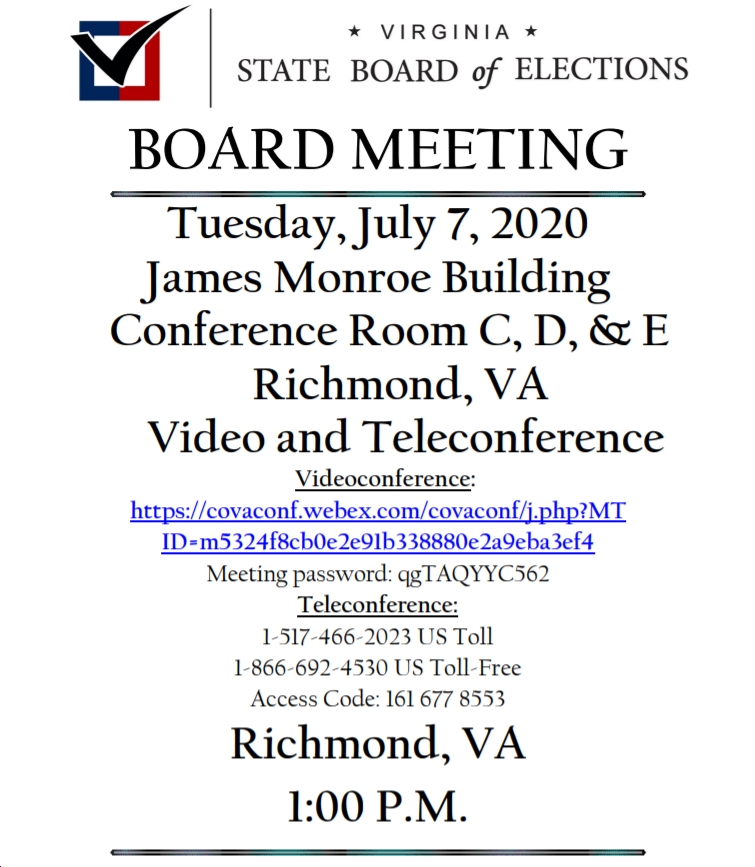 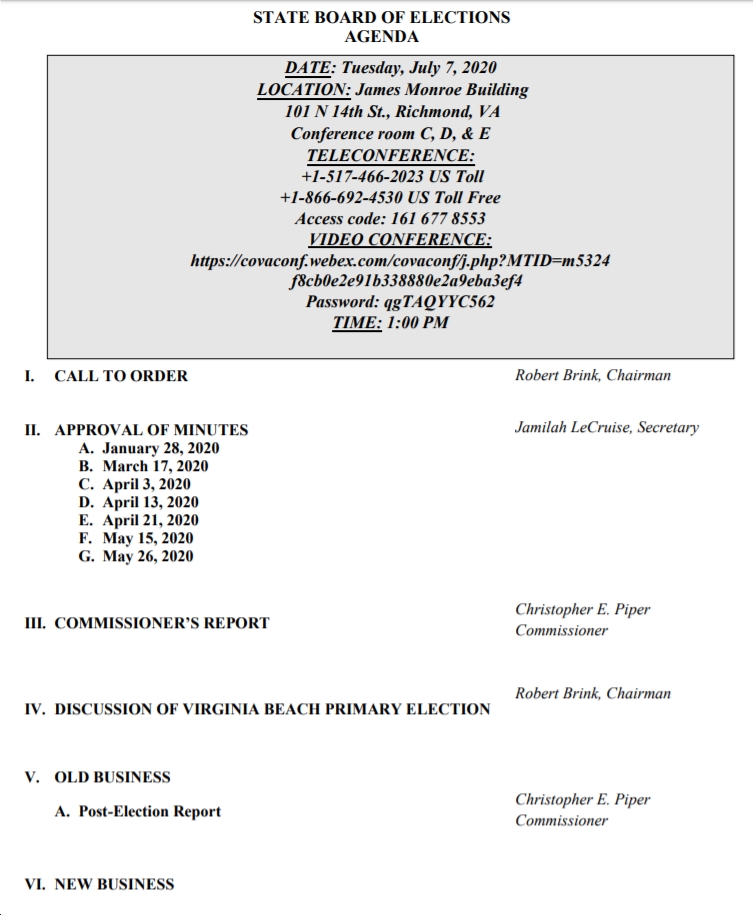 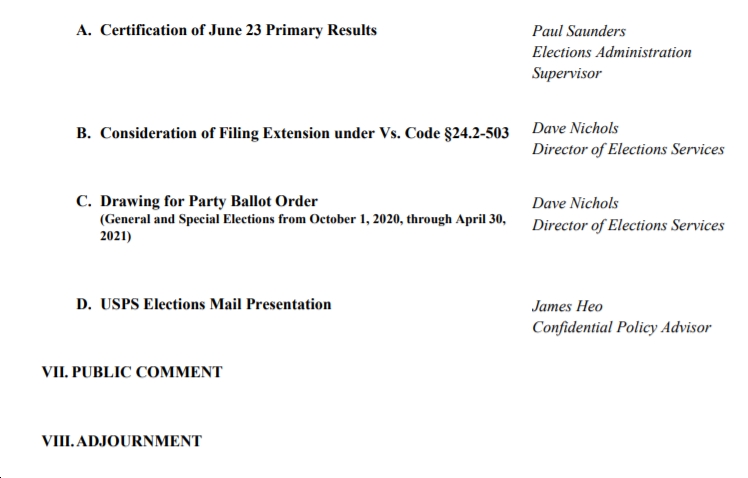 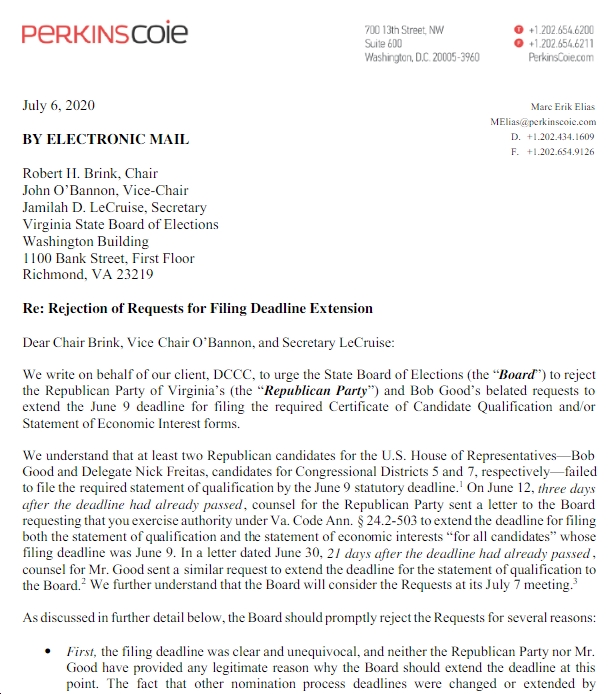 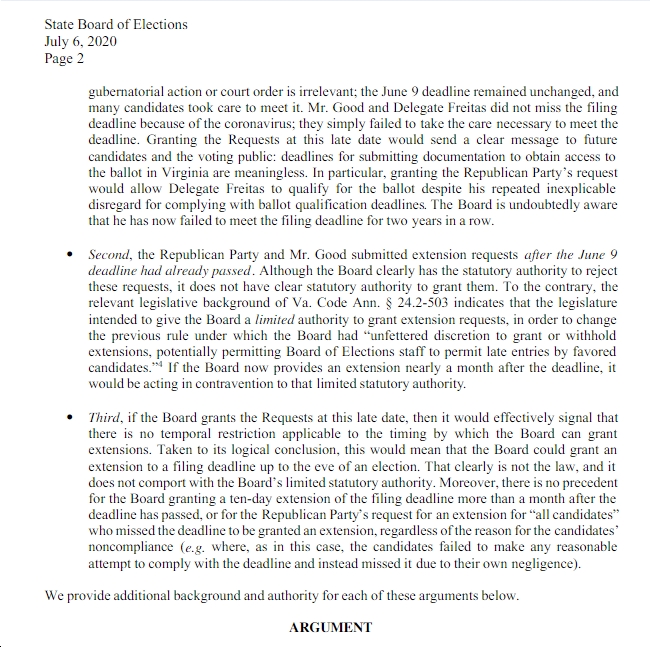