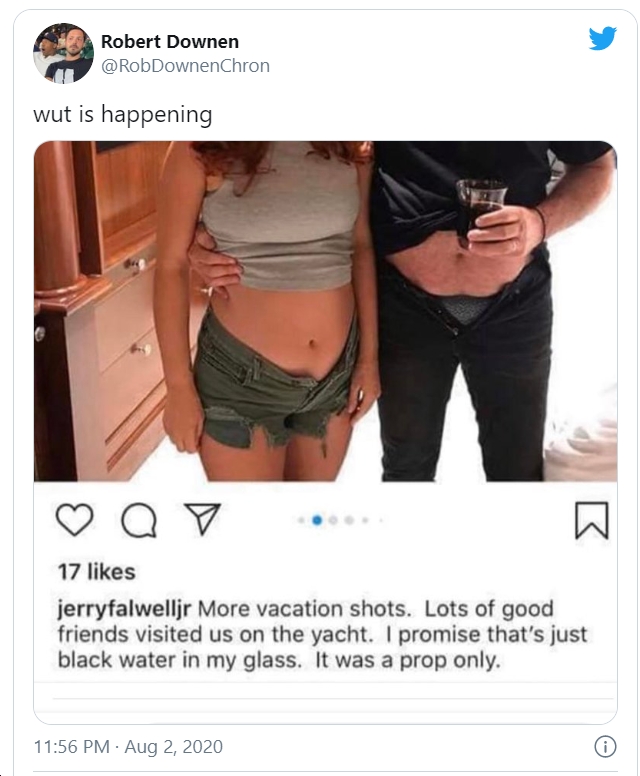 Meanwhile, what ever happened to Falwell and the “pool boy?” Remember that? 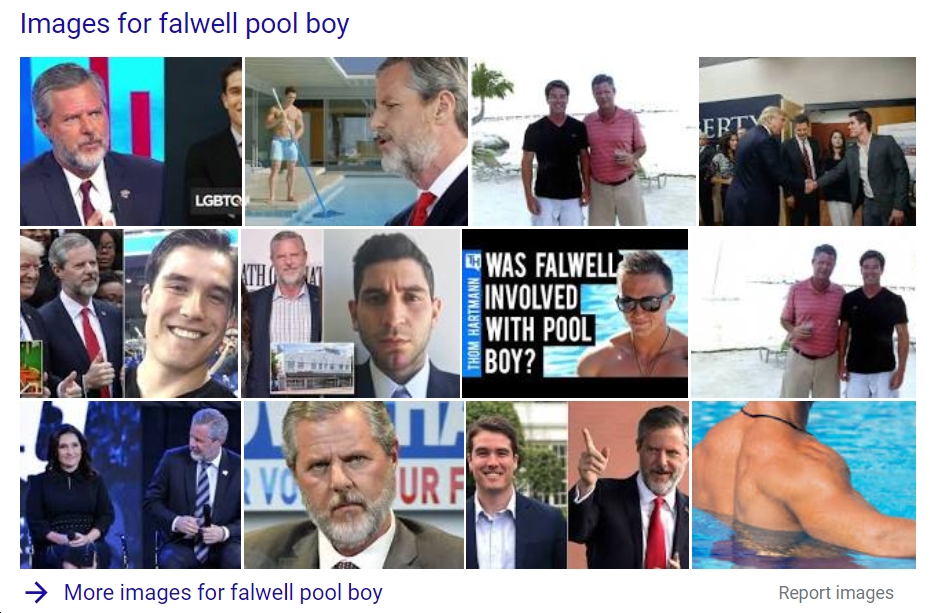 Are you starting to – finally – understand why “Christian” scold, Jerry Falwell, Jr., has no problem supporting the adulterous liar Donald J. Trump? pic.twitter.com/mID1k0eexa