Trump was in Arlington, Virginia today, speaking at conference of far-right activists, and as you’ll see from the images below, Trump acts no more responsibly today than he has for his entire presidency. By the way, the Council for National Policy is:

“…an umbrella organization and networking group for conservative activists in the United States. It has been described by The New York Times as ‘a little-known club of a few hundred of the most powerful conservatives in the country,’ who meet three times yearly behind closed doors at undisclosed locations for a confidential conference. The Nation has called it a secretive organization that ‘networks wealthy right-wing donors together with top conservative operatives to plan long-term movement strategy’. It was founded in 1981 by Tim LaHaye as a forum for conservative Christians seeking to strengthen the political right in the United States. The organization has been described as a ‘pluto-theocracy.'” 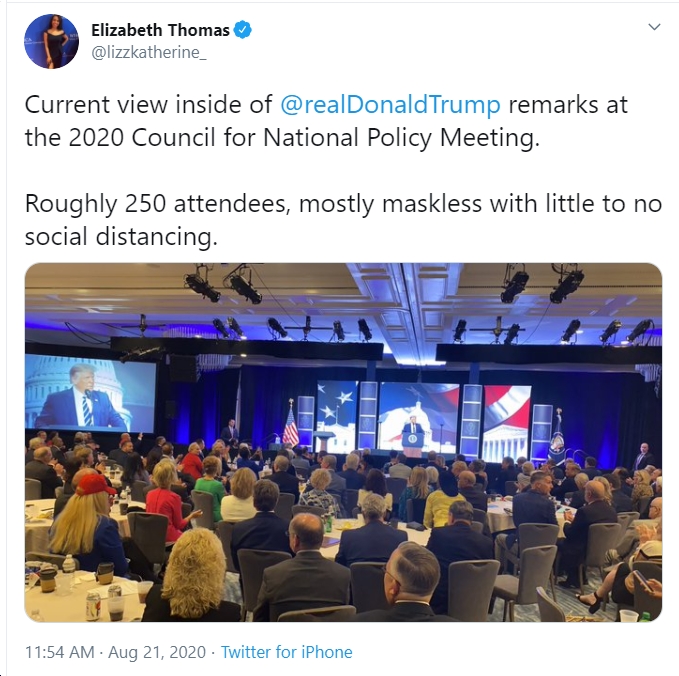 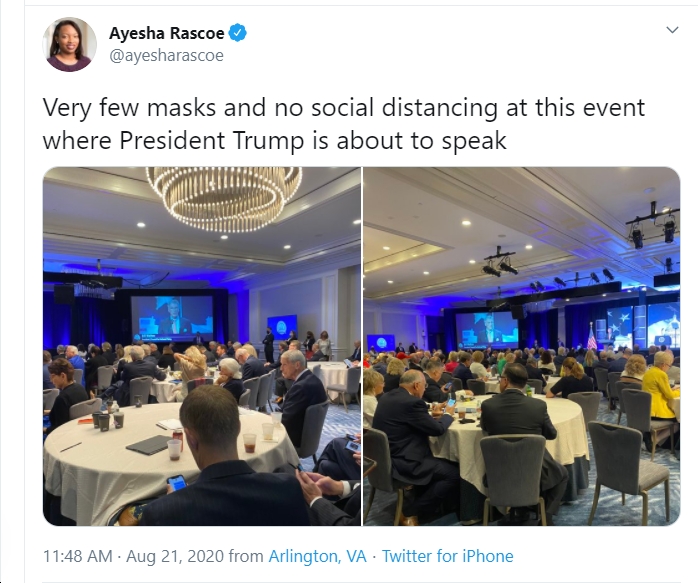 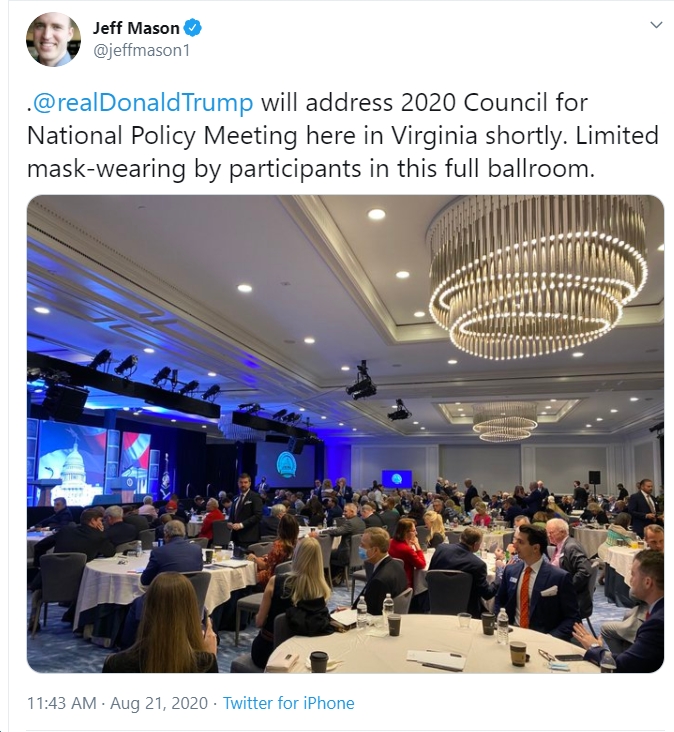 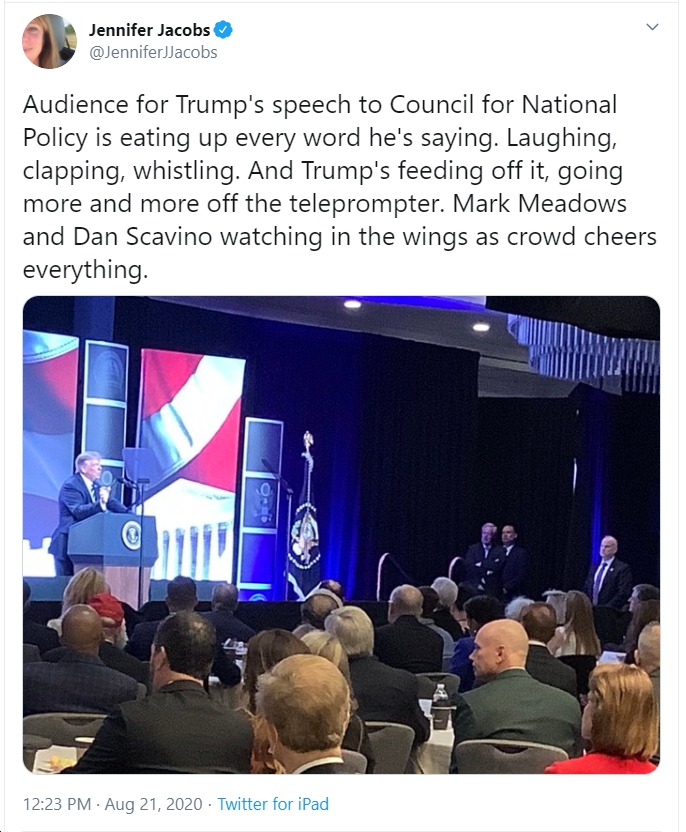 P.S. Rep. Don Beyer (D-VA08) weighs in: “The President’s flouting of public health laws endangers the lives of my constituents and it must stop immediately. Every time Trump fails to set an example puts American lives at risk and emphasizes that he is not up to the job of keeping the country safe during this pandemic.”