Good to see Sen. Scott Surovell pushing back on far-right-extremist Sen. Tom Cotton (R-Arkansas)’s attack on Surovell’s bill, SB5032, which – in spite of Cotton’s lies – “does NOT defund the police…does NOT grant anyone the right to assault first responders…does NOT make it legal to inflict injuries on any first responder and…does NOT change the law of malicious wounding in the Commonwealth.” Also, as Sen. Surovell points out to Cotton, “If you want to see something ‘unhinged’ tune into the TV right now: Watch your President who has trashed the legitimacy of our criminal justice system while you sit by silently cheering on his pardons of American traitors, lackeys, co-conspirators and then look in the mirror.” Exactly! 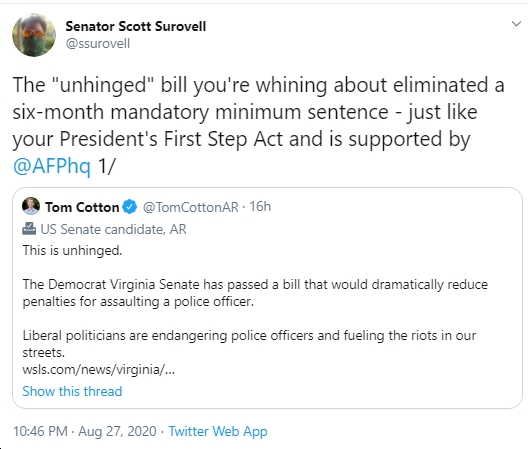 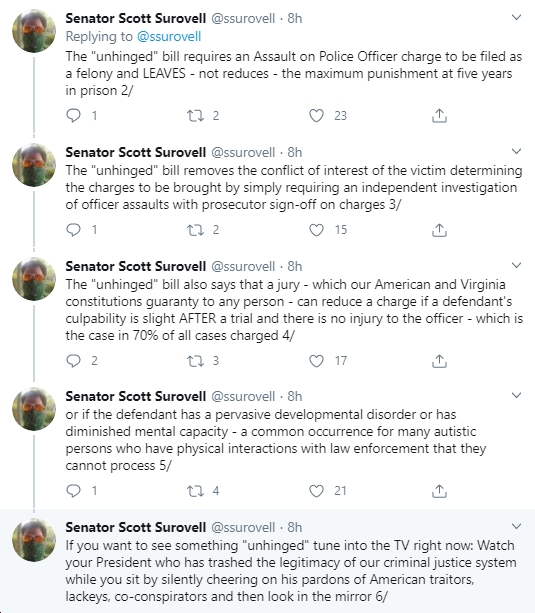